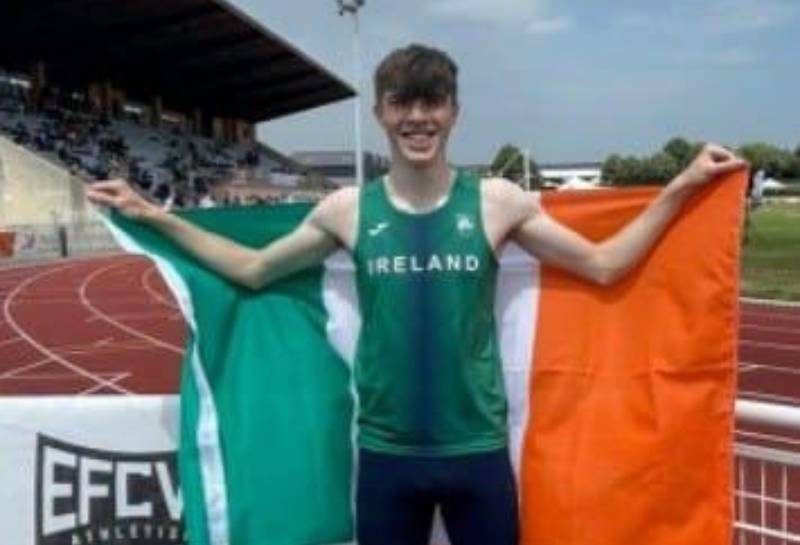 Fintan Dewhirst saved his best performance til last as he smashed his personal best to finish second in the 400m Hurdles at the European Under-18 Athletic Championships in Israel.

The Tír Chonaill AC man finished in a time of 51.65s, almost a second off his previous PB that he set in the quarter-finals in Jerusalem on Tuesday with a 52.58s.

Dewhirst looked to have a slow start over the first 200m but came home strongly to take the silver medal behind Bastien Elnan Aurstad who finished in 50.89. Hungarian Gergó Takács was third in 51.77s.

The St Columbas Comprehensive Glenties student was second fastest overall when he set his first PB of the week on Tuesday, behind Finnish athlete Antti Sainio who didn’t start the final.

The 16-year-old then was fourth fastest overall in the semi-final with a 52.62 behind Sainio, Takács and Tijm Oostermon from the Netherlands.