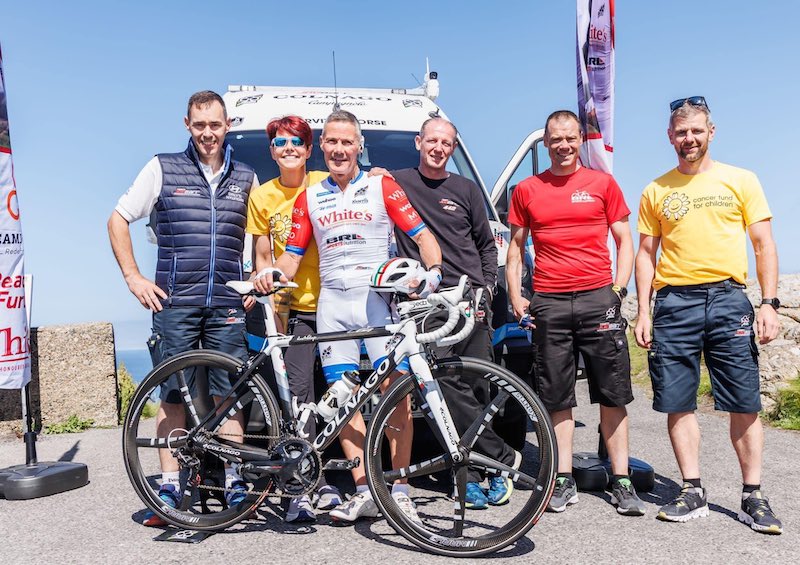 Donegal elite endurance cyclist, Joe Barr, has been forced to abandon his attempt to break the world record for the longest distance cycled in seven days.

However, an injury to his feet, that were damaged in Race Across the West, flared up again yesterday.

“He will not be able to complete the necessary mileage over the next 6 days,” a spokesperson for Team Joe Barr said.

“We so wanted to deliver an incredible week of racing but, alas, it is not meant to be.”

Joe had planned to cycle SIX lengths of Ireland, from tip to tip!

Back in July 2020, Barr overcame sometimes-treacherous conditions to shatter his own Malin-Mizen-Malin record.

The 63-year-old Newtowncunningham native, who now lives in Eglinton, cycled from Malin to Mizen, and back to Malin, in 44 hours and 15 minutes!

The Malin-Mizen-Malin ride is an astonishing 738 miles.

He has also won the Race Around Ireland twice and completed the gruelling Race Across America.