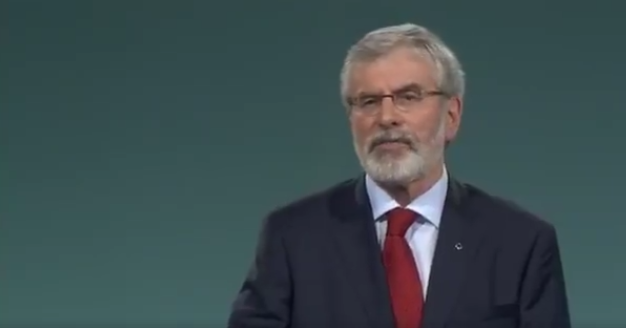 Gerry Adams will be visiting Letterkenny this week for an event for his latest book.

The former Sinn Féin leader and former TD is to hold a book signing at the Mount Errigal Hotel in Letterkenny on Thursday 14th July at 7.30pm.

Adams will be signing copies of his latest short story collection, ‘Black Mountain and Other Stories’ – his 19th published book.

Adams has been a published writer since 1982. His writings were a platform for the activist over the years when his voice was banned from radio and television by both the British and Irish governments.

‘Black Mountain and Other Stories’ is a collection of portraits of Ireland, and especially Belfast, old and new, in times of struggle and in times of peace, showing how our past is always part of our present.