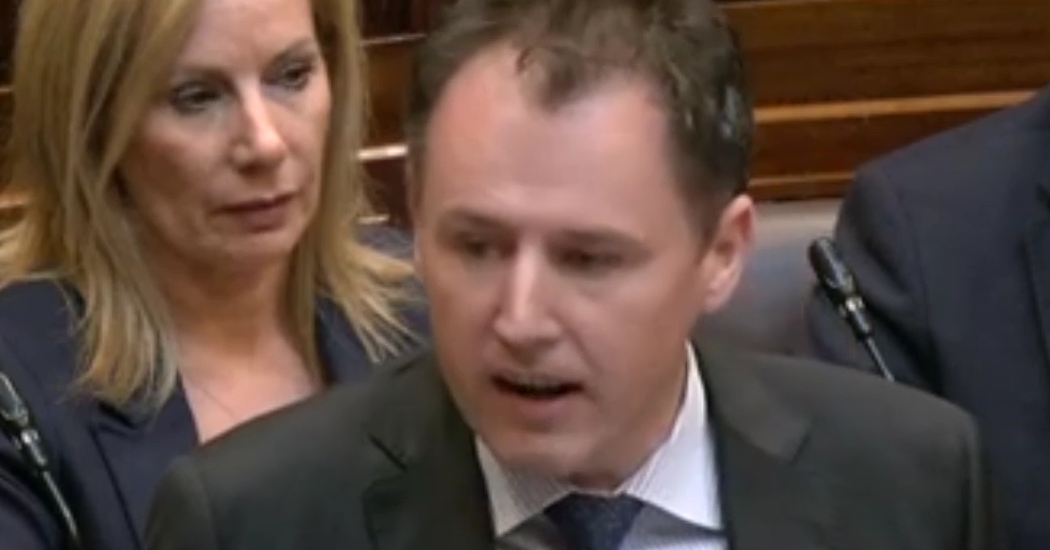 During the debate, Minister McConalogue slammed Sinn Féin’s “bluster and lack of delivery” in the north, saying the party has “no evidence of any policy innovation”.

The government survived the confidence motion tabled by Sinn Féin on Tuesday evening. Support from Independent TDs and some deputies who resigned the party whips brought the vote to  85 TDs in favour of the Government and 66 against.

Minister McConalogue used the debate to hit out at Sinn Féin’s housing manifesto, responding to Leader of the Opposition Deputy Mary Lou McDonald by saying that housing is an area that the Minister, Deputy Darragh O’Brien, and the Government “are doing massive work.”

Minister McConalogue said: “Just two miles from where I live, there is a Sinn Féin housing Minister and a Sinn Féin finance Minister in government. Despite that, house prices in Northern Ireland rose by £18,000 on average last year, which was a 12% increase. The Sinn Féin Ministers there obviously have not been reading or seeing the marketing material for Deputy Ó Broin’s textbooks on this matter. Again, it is evidence of Sinn Féin’s bluster and lack of delivery.”

Minister McConalogue told the Dáil: “The Government has done more for farm families, coastal communities and rural Ireland than any previous Government.”

“Despite Sinn Féin having access to its magic money tree before the most recent general election, its manifesto for rural Ireland and agriculture was by far the weakest of those of any of the political parties. Since we have entered government, there has not been a single original thought on this sector from that party or, indeed, from the Opposition benches as a whole.”