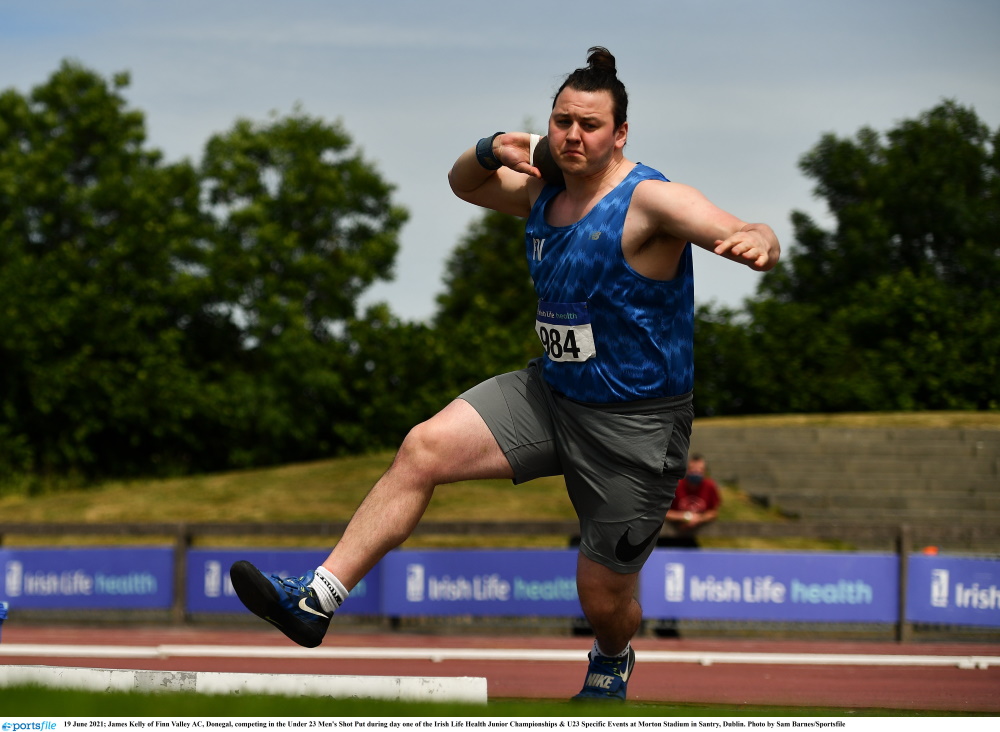 Lifford-Strabane club member Caoimhe Gallen threw a best of 54.28m in the Hammer to win as athletes from the UK and Ireland took part.

Fellow club mate Finn O’Neill was third in the 100m hurdles, finishing in 13.29 seconds while Ellie McCurdy threw 41.26m for bronze in the javelin.

Finn Valley’s Blaine Lynch took silver in the Javelin as he threw 54.39m.

Cormac O’Donnell won silver in the Hammer with a best of 52.23m

For Finn Valley, James Kelly won the Shot Put with a 16.45 throw, while Amy Greene placed third in the 3000m steeplechase.

Joseph Gillespie also won bronze as he leaped to 6.41m in the long jump.

Eoin Sharkey was second in the 400m hurdles with a time of 56.67s, while Ryan Canning of Letterkenny AC won the junior event, finishing in 56.45s.