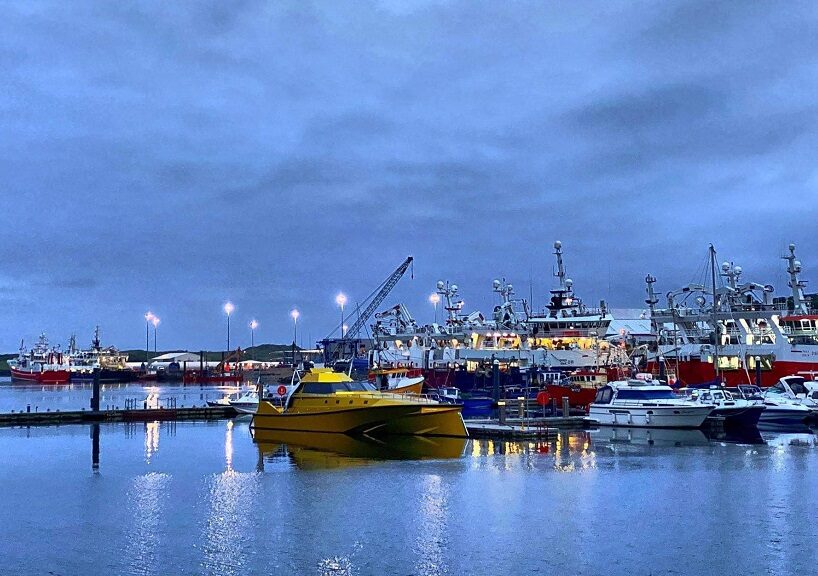 A contract for Smooth Point Extension Completion Works at Killybegs Fishery Harbour Centre has been announced.

Minister for Agriculture, Food and the Marine, Charlie McConalogue, announced the award of a €10.5 million (excluding VAT) capital works contract to complete a 120 metre long quay development and associated works at the site.

Welcoming the award of the contract to contractor Sorensen Civil Engineering Ltd., the Minister said “Killybegs Harbour is Ireland’s premier fishing port and as such can be exceptionally busy. This project will see the long-waited completion of 120 metres of additional quay space in the harbour and, as a result will alleviate congestion during the peak fishing season at this major port.”

This final phase involves the removal of the remaining uncontaminated sediments and construction of the additional 120m quay wall and was the subject of a public tendering process.

It is expected that works will commence in a matter of weeks and that the project will be substantially completed within 7 months.

The Minister concluded that “The Irish seafood industry faces ongoing challenges, such as the significant challenge of Brexit.

“The completion of this project at Killybegs contributes to protecting our coastal communities and creating the opportunity for the seafood industry to continue to grow, prosper and facilitate a simultaneous growth of other ancillary marine industries.”