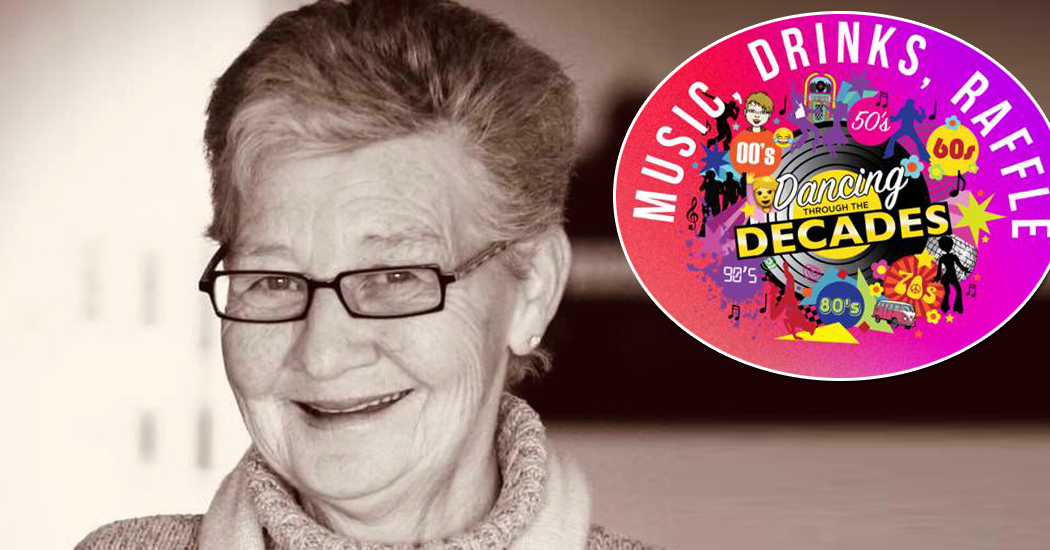 A remarkable Letterkenny woman will be honoured at an upcoming fundraiser for the Donegal Hospice.

Ms Carrie Harvey (nee Coyle) dedicated a huge part of her life to campaigning and fundraising for a cause close to her heart. She was a member of the original hospice committee when it was established in 2003 and was a steadfast ambassador for many years. Her husband Eamon Harvey was also a member of the committee prior to his passing in 2004.

Ms Harvey sadly passed away in May 2022, in the care of the hospice, and her legacy lives on through the valuable service that exists there today.

To give appreciation to the Donegal Hospice, Ms Harvey’s family have organised a night of music and dancing through the decades at the Station House Hotel Letterkenny on 2nd September.

Claire Coffey, Carrie and Eamon’s granddaughter, said: “The hospice were amazing during both my grandmother’s and grandfather’s illnesses and we want to show our appreciation to them by having this fundraiser.”

“The night is looking like it is going to be a great event. The event is titled Dancing Through the Decades which also describes the theme of the night.”

Entertainment will be provided by the award-winning Red Alert band and a DJ who will be taking guests on a trip down memory lane and playing all the hits from everyone’s favourite decades.

Tickets for Dancing Through the Decades will go on sale on the 1st of August. 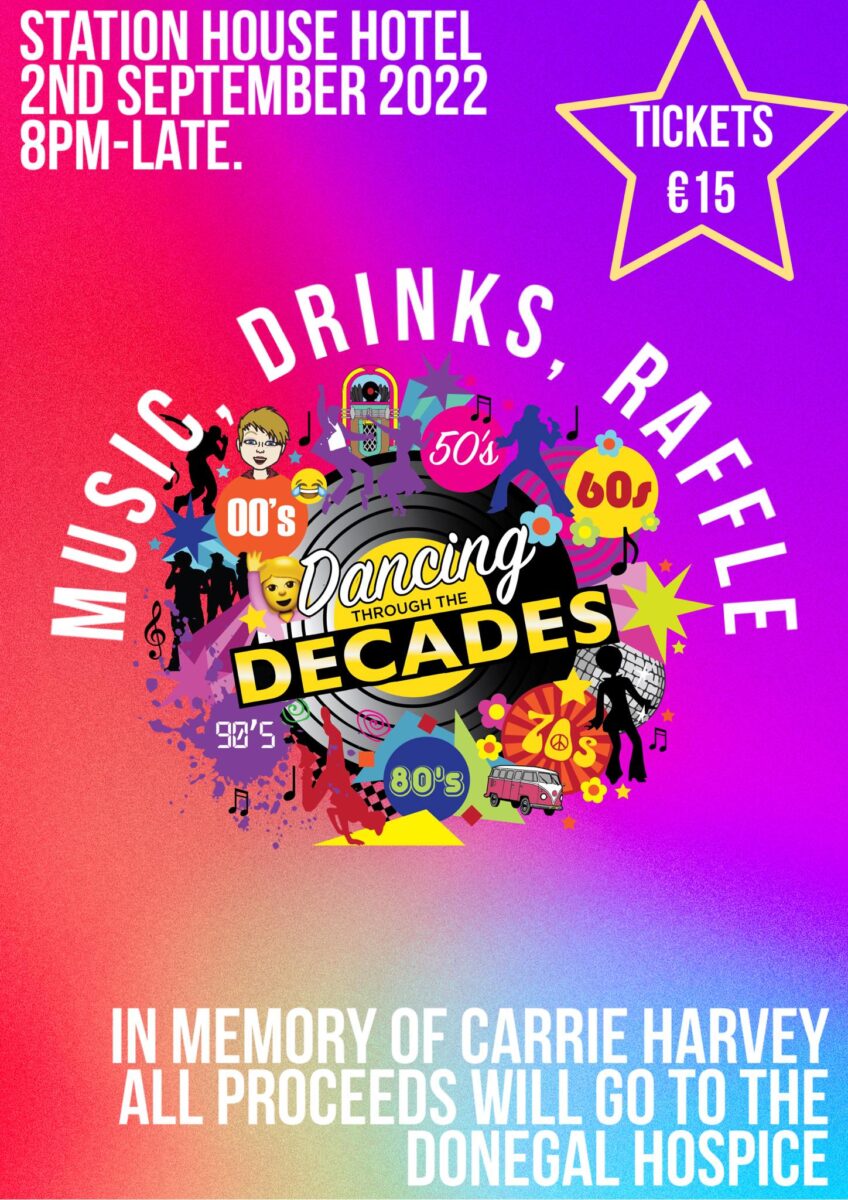 The evening is also a special chance for people to honour Carrie and Eamon’s work for the community.

Claire tells Donegal Daily: “Carrie was originally from St. Columba’s Terrace on the High Road, this is the place where she would make a life long friend that would go through all life had to offer with her. She then lived on the New Line Road, with her husband Eamon Harvey who passed away in 2004.

“Carrie was never idle, she spent a lot of time with her family and friends. She always enjoyed chatting about the adventures her and her friends had gotten up to over the years.  To her grandchildren she was known as ‘Oma’ a woman who told them great stories and made beautiful apple tarts, and talked about missing her late husband Eamon and late son Nigel. 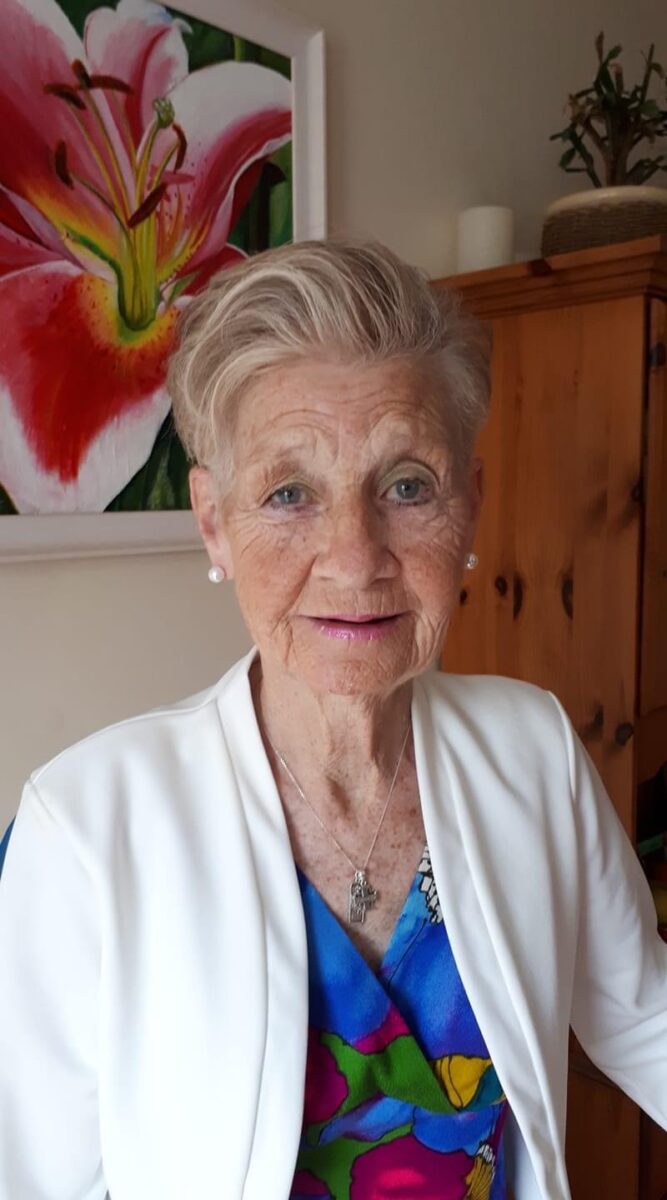 “She was always known for her straight-talking, if she had something to say she would have no fear of coming out and saying it. She would have always welcomed people into her life and asked no questions which was another great quality of hers. Enjoying all life had to offer and making memories was what Carrie always wanted to be remembered for, by all that knew her.”

Carrie was involved in many groups over the years, from the Tennis Club to the Young at Heart/Care for the Aged group.

Carrie gave up a lot of her time to the Donegal Hospice, and in return, she made great friends. As an ambassador, she represented the hospice at the presentation of cheques from people of all walks of life in all corners of Co.Donegal.

Carrie had already inspired the ‘Dancing Through the Decades’ event before her passing, Claire said.

Claire recalls: “We had spoken about doing a fundraiser for the Donegal Hospice, this suggestion brought a smile to her face which was followed by the words “yes do, go for it”.

“Carrie is deeply missed by her family and friends. I hope that Dancing Through the Decades will be a night that Carrie herself would have enjoyed. A night full of reminiscing and enjoyment, while raising much needed funds for a charitable organisation that was very close to Carrie’s heart.

“For those are unable to attend the event on the 2nd of September but would still like to make a donation to the Donegal Hospice can do so using this link:  https://www.idonate.ie/Dancingthroughthedecades.”

There is guaranteed to be something to suit everyone on the night of the fundraiser. A raffle will take place on the night with loads of prizes which have been sponsored by local businesses all over the town.

Tickets for Dancing Through the Decades will go on sale on the 1st of August. The tickets will cost €15 and can be bought from the Station House Hotel. All proceeds from the event will be going directly to the Donegal Hospice. More information can be got from the event page on Facebook which is called ‘Dancing Through the Decades’:  https://www.facebook.com/events/1717151561979968/