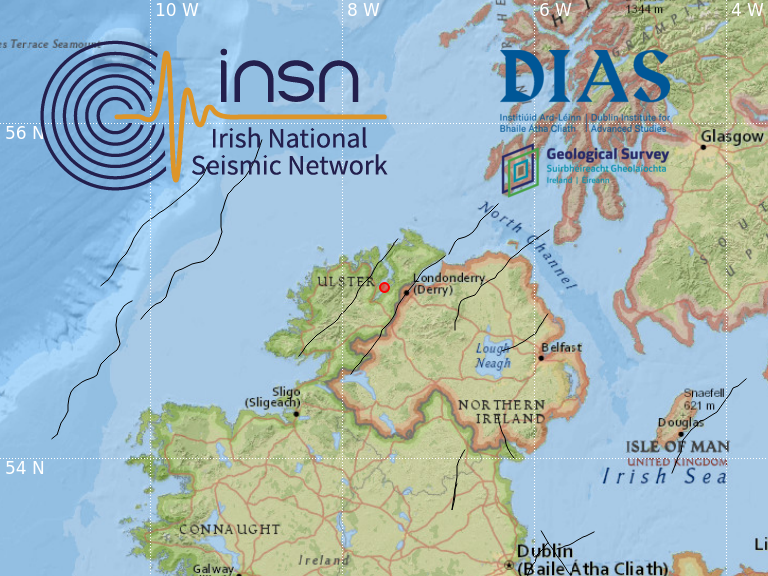 Mini earthquake hits Donegal… did you notice it?

Donegal was struck by a minor 0.9 magnitude earthquake overnight.

The quake occurred at 3.35am this morning, according to the Irish National Seismic Network (INSN).

The event may not have been strong enough to be felt by members of the public, but Donegal has had its share of noticeable earthquakes in recent times. Two major fault zones stretch across the county, causing tremors from time to time.

The largest onshore Irish earthquake recorded by the INSN was M2.5, occurring on the 26th of January 2012 on the Fanad Peninsula in Donegal.

The most recent earthquake detected in the county was M0.6 on the 22nd of June.

Image: INSN. The epicentre of the earthquake is indicated with a red marker