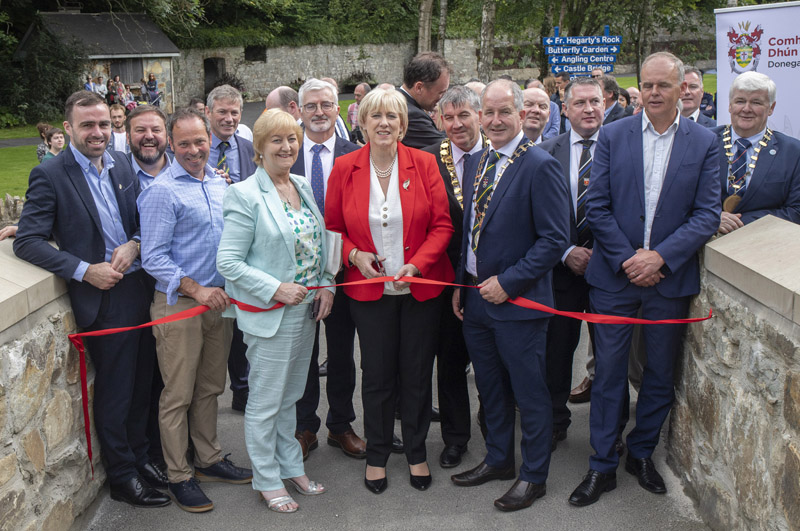 There were big celebrations in Buncrana last week as the much-loved local park, Swan Park, was fully reopened for the community.

The park also received an ecumenical blessing from representatives of local churches on what was a great day for Buncrana and the wider Inishowen Peninsula.  They were joined on the day by a large crowd including local political representatives, community groups, local contractors and designers as well as staff from Donegal County Council. 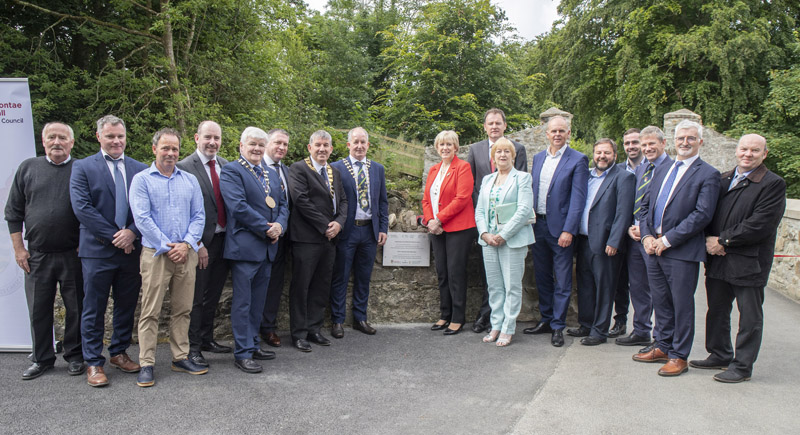 Swan Park was extensively damaged in the devasting floods that occurred in the Inishowen Penninsula in August 2017.  In November 2018 the project to redevelop the park was awarded €1.7M through the Rural Regeneration Fund with €500,000 in co-funding being provided by Donegal County Council. The redevelopment was overseen by a steering group which encompassed many local stakeholders such as Buncrana Tidy Towns Committee and Buncrana Anglers Association who worked collaboratively with Donegal County Council.  The West Inishowen Historical Society, Art Link, Wild Inishowen and Transition Year Students from Scoil Mhuire and Crana College in the town also contributed to this council led but community driven project. 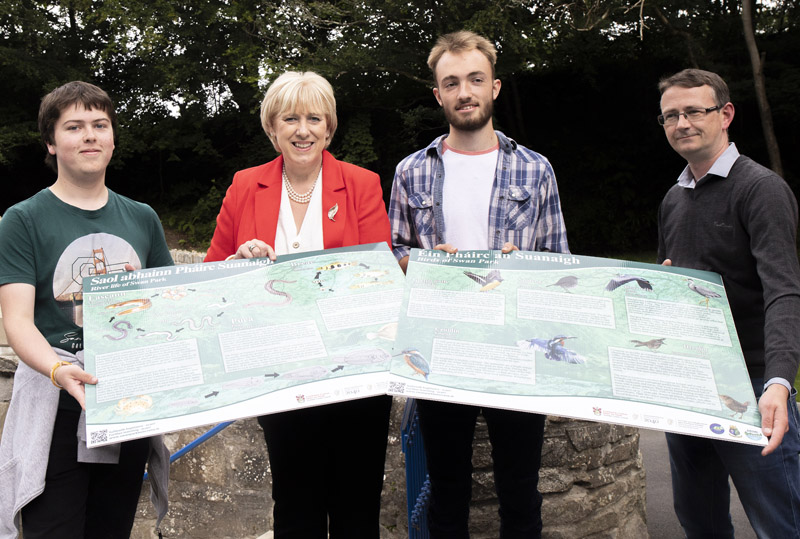 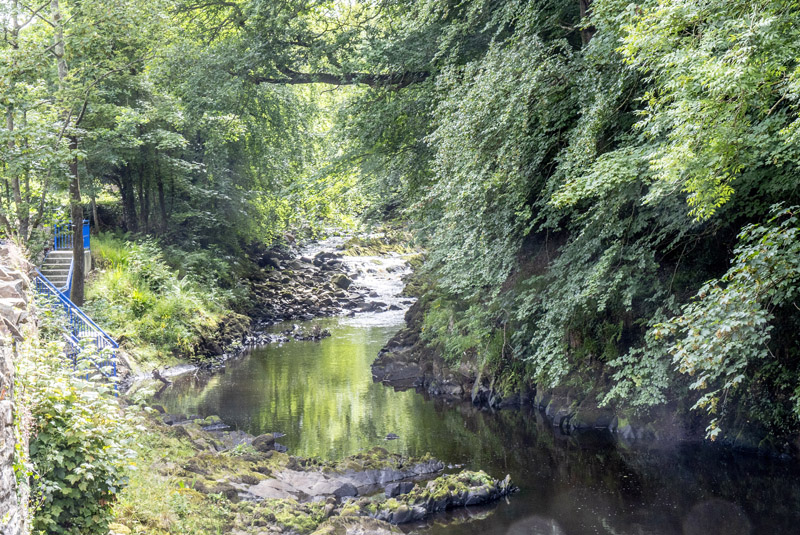 The design team for the park included local architects, engineers and surveyors who went to great lengths with the steering group to ensure that the park was accessible for persons of all abilities.  A number of fishing stands have been developed for wheelchair users and other elements have been incorporated for those that may be visually impaired. The redeveloped park also includes an additional area of 3.5 hectares that increases the opportunity for the park to be used for a wide variety of community events and activities.  Works on the park were led by Donegal County Council’s local parks and roads teams with assistance from a variety of local contractors. 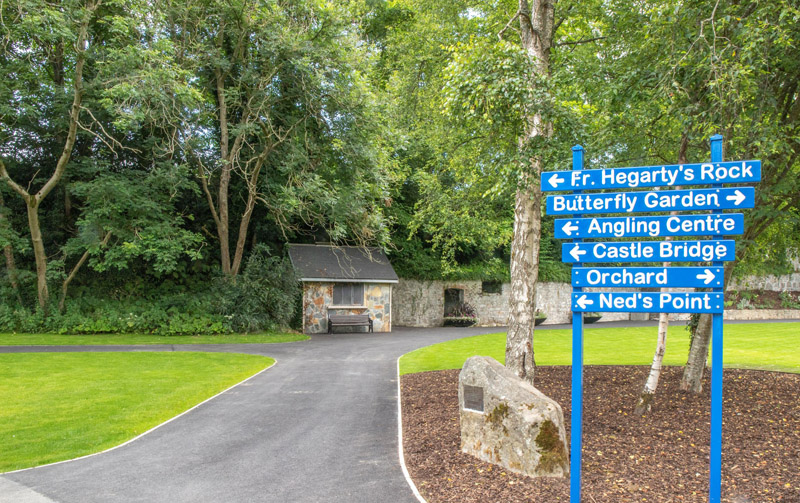 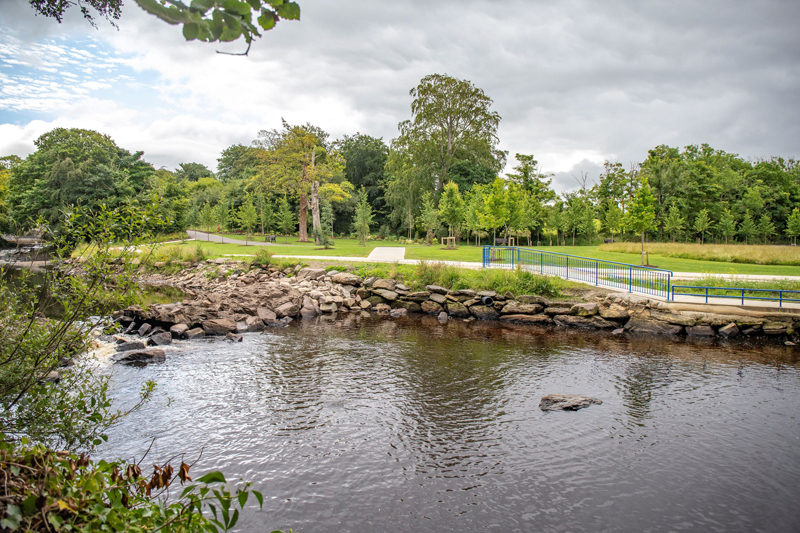 Swan Park is named after Harry Percival Swan who was born in Buncrana in 1879.  Harry was a founding member of the County Donegal Historical Society and a keen promoter of local history.  He was a prolific author who in 1938 published his first book, the “Book of Inishowen”, which was later followed by nine other publications including “Twixt Foyle and Swilly” and “Romantic Inishowen”.  A bust of Harry Swan has been erected in the park in his memory and to acknowledge his contribution to Buncrana, Inishowen and Donegal. 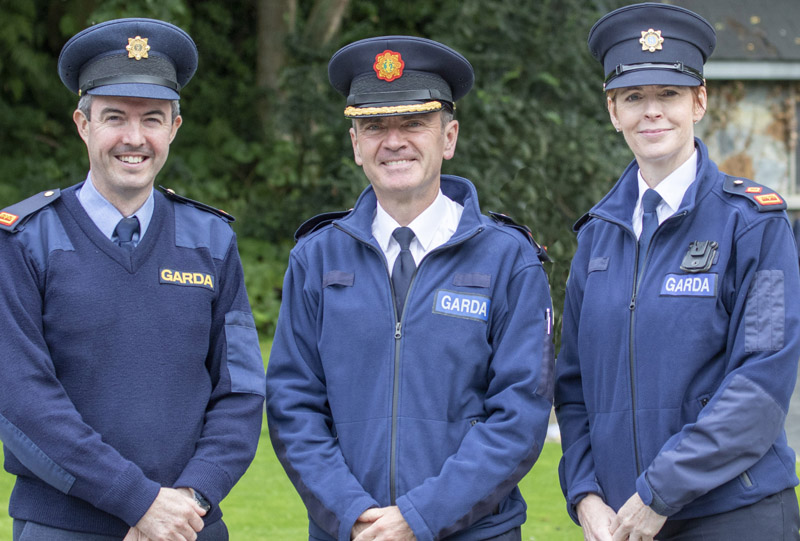 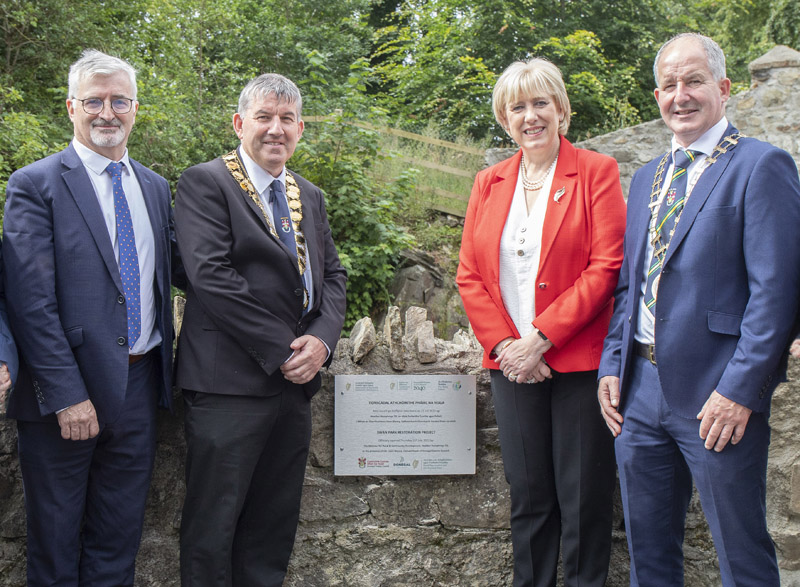