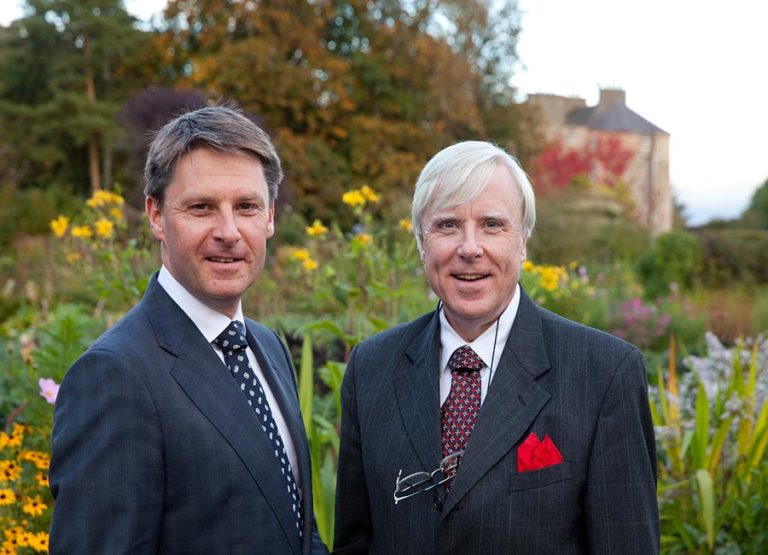 Review – ‘At Your Service’ visits Sweeney’s of Dungloe!

Monday night’s episode of At Your Service saw John and Francis Brennan share their expertise and advice with two cousins with big plans for the derelict Sweeney’s Hotel in Dungloe.

Builder and developer Pat Boyle and his Chicago-based businessman cousin Kevin Boyle – referred to throughout by the Brennans as ‘American Cousin Kevin’ – are the sons of Donegal brothers and have harboured dreams of revitalising Dungloe’s hospitality trade. They set their sights on the iconic Sweeney’s Hotel on its main street.

We meet the cousins (one in person, one over Zoom from the US) in 2020 as they prepare to take on the daunting task. Francis makes the long journey from Kenmare to Dungloe to see what lies before them.

The hotel first opened in 1850 and as Francis gets the grand tour of the exposed walls and building site-to-be, he quips: “It has the look of 1850 about it alright.” He is unimpressed by the rough and ready site (“It needs a bit of a dust”) but he can see the potential. 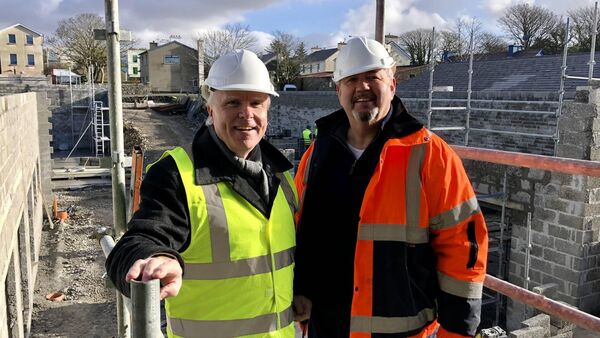 Francis Brennan with Pat Boyle on At Your Service.

Pat and American Cousin Kevin have a high €2m budget to realise their dream project but even higher hopes of opening their doors to guests by St Patrick’s Day 2021 – just six months from the start of their renovation work.

Back in the comfort of Kenmare, John spies some “operational issues” in the planned layout of the hotel, namely the distance between the kitchen and the dining areas as well as a logistical issue when it comes to deliveries.

In a meeting with Pat and Martina Rafferty, who is to be Sweeney’s hotel manager, overseen via screen by American Cousin Kevin, John and Francis share their concerns and offer some styling tips for the hotel’s interior and urge them to focus more on the courtyard within the hotel, which is perfect for outdoor dining.

Pat, while appreciative of their help, says their ideas are “a little disconcerting” and Martina agrees, saying their design tips are “a bit minimalistic”. Instead, they reach out to design students and a competition to design the hotel’s interior look becomes part of a college thesis project.

The Brennans are horrified.

Read the full review on www.irishexaminer.com

Review – ‘At Your Service’ visits Sweeney’s of Dungloe! was last modified: July 31st, 2022 by Staff Writer
FacebookTweetLinkedInPrint
Tags:
At Your ServicedungloeSweeney's Hotel