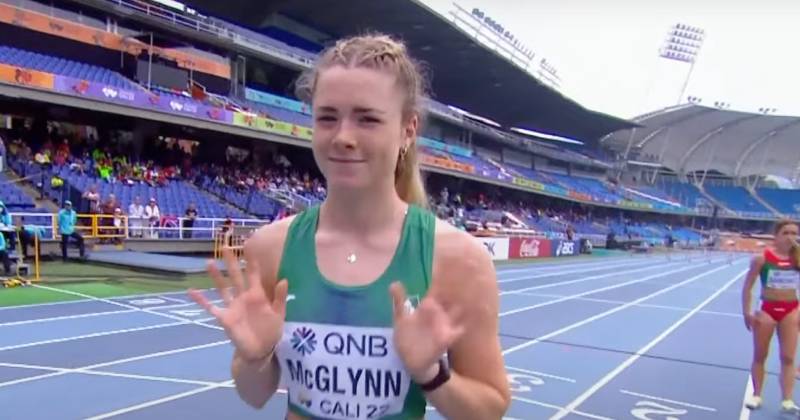 Lucy McGlynn misses out on U20 Worlds semi-final qualification by 0.01 of a second

Lucy McGlynn was an unfortunate one hundredth of a second off qualifying out of her heat in the 400m hurdles at the World Under-20 Championships in Colombia.

The Tír Chonaill AC athlete was in the 6th and final heat in Cali, finishing 5th in an extremely competitive heat, the only heat in which the first four ran under 59.50s.

McGlynn’s time of 1:00.30 was just 0.01 off Ukrainian athlete Yaroslava Yalysovetska’s time of 1:00.29 which saw her progress to the semi-finals of the competition.

The sixth heat was won by Italian Ludovica Cavo in 57.77s, the fastest time of all six heats.

Anje Nel from South Africa was next, followed by German Lara-Noelle Steinbrecher. The pair qualified automatically for finishing in the top three in 58.52s and 58.95s respectively.

Mexico’s Antonia Sanchez was 4th in 59.35s and was the fastest fourth place finisher.

To add emphasis to the level of competitiveness of McGlynn’s heat, the Ballyshannon woman’s time was enough for 3rd place in one heat and 4th place in another.

However, she does have a second chance tomorrow (Thursday) when she competes in the 100m hurdles.

Lucy McGlynn misses out on U20 Worlds semi-final qualification by 0.01 of a second was last modified: August 4th, 2022 by Dáire Bonnar
FacebookTweetLinkedInPrint