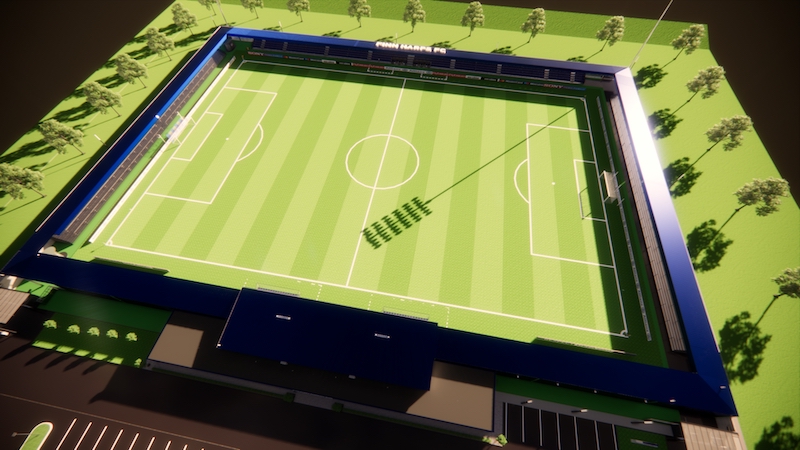 Finn Harps have launched a major fundraising drive in order to meet their portion of the funds needed to draw down a €5 million grant for their proposed new stadium.

A Mega Cash Draw with a top prize of €20,000 is in the pipeline.  The draw will take place at the end of September and entry costs €20 or €50 for three entries.  All profits from the draw will go towards the stadium project.

Ian Harkin, Chairperson of Finn Harps said the stadium committee has done superb work to get this project to where it is today, with the pathway in place to have a beautiful new stadium completed in 2024.

“We thank them and everyone at Donegal County Council, FAI and in politics who have brought this project forward,” he said.

“The stadium represents a massive opportunity for the Twin Towns, for Donegal, the region and for football in general.”

The existing structure in Stranorlar will be completed as the main stand, with a seated stand opposite and covered terraces at each end very similar to those used by Salford FC in Manchester.

“Following a site visit to Salford we are happy to proceed on this basis to provide the modern, atmospheric stadium this club and this region deserve,” continued.

“As well as football, the stadium will be able to host all sorts of events which will enrich life in the region. The project also includes extra pitches that will be of huge benefit to our growing academy, which develops young footballers from across the Northwest and will obviously support our plans to develop women’s football at the club also.  We now need to show that, as a club, as a region and as a football community we will help make this happen.  The draw is just the first step- we will roll out further initiatives in due course to support the Donegal Community Stadium Project.”

For further information and to enter the draw, visit annualdraw.finnharpsfc.ie

Further initiatives to support the project will follow in the coming weeks.