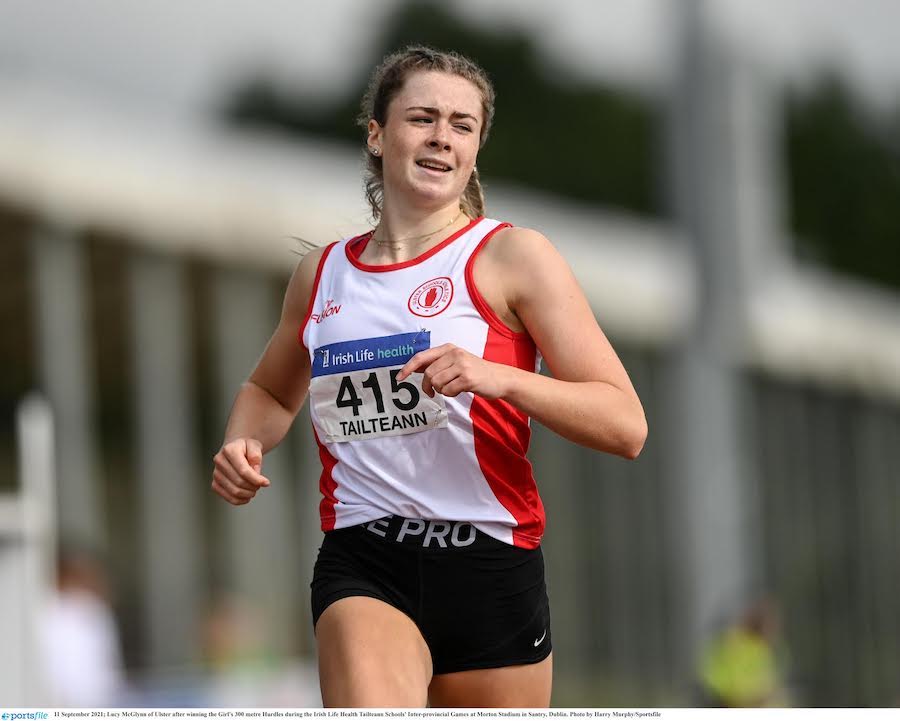 Personal Best for Lucy McGlynn to finish 0.02s off qualification at U20 Worlds

Lucy McGlynn set a personal best as she was 0.02 seconds off reaching the semi-finals of the 100m hurdles at the World Under-20 Championships in Colombia.

The Tí Chonaill AC athlete finished 4th in her heat in 13.92, chalking off a tenth of a second off her previous PB of 14.02.

With the fastest three from all six heats qualifying automatically, McGlynn was just 0.02 of a second off third placed Giovana Corradi in heat 5.

Corradi was third and McGlynn was just behind.

Six athletes outside the top three in the six heats qualified with fastest times, but Lithuania’s Gabija Klimukaitè was the last to get through, finishing in 13.82s.

It’s been a couple of days of near misses for McGlynn, having unfortunately missed out on qualification for the 400m hurdles semi-finals by 0.01 of a second on Tuesday.

Personal Best for Lucy McGlynn to finish 0.02s off qualification at U20 Worlds was last modified: August 4th, 2022 by Dáire Bonnar
FacebookTweetLinkedInPrint