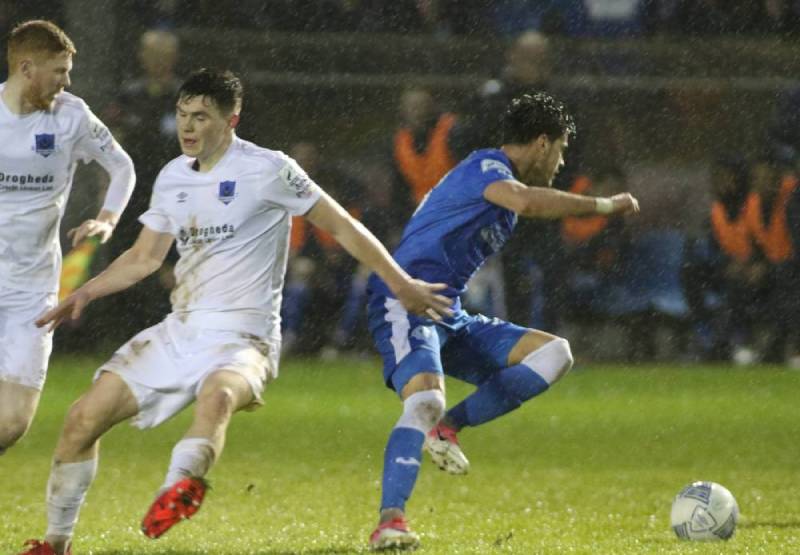 Ollie Horgan has reiterated the importance of stringing results together as Finn Harps return to Premier Division action tonight to welcome Drogheda United to Finn Park.

The Harps have struggled to pick up results at home and on the road, having picked up two points in their last 11 league games, with their last win coming at Finn Park, a 1-0 win over Shelbourne in April.

Having lost 3-1 to Bohemians last Friday in the FAI Cup, the sole focus for the Donegal side for the remainder of the season is survival, with two big games against the two sides directly above them in the next seven days.

Drogheda were expected to be battling with the Harps and UCD to finish 8th and avoid the relegation play-off at the beginning of the season, but Kevin Doherty’s side have pulled away from the bottom two in the last 10 games, and are now 15 points ahead of UCD in 9th.

UCD were Drogheda’s last opponents, drawing 1-1 at Head in the Game Park on Monday, which sent Harps to bottom of the league table.

Ollie Horgan told FinnHarps.ie: “We last played Drogheda in May and at the time there were only a couple of points between the sides. Unfortunately for us they have kicked on massively while we have gone the other way entirely.

“They’ve got the likes of Darragh Markey back from injury who is absolutely flying it and has always caused us problems. But football is a results business, and we need to start getting results together.”

The two meetings between the two sides this year have been favourable to Drogheda, with a 2-2 draw at Finn Park following a late Ryan Brennan equaliser.

Finn Harps were in a good position at Head in the Game Park also, 1-0 up and when Sean Roughan got sent off for the home side, Harps looked to be on their way to a second away win of the season.

But Evan Weir came on shortly after and quickly got an equaliser before Adam Foley, who joined Drogheda from Finn Harps, scored in the 90th minute.

It went from bad to worse when Bastien Héry got a straight red and Darragh Nugent made it 3-1 in added time.

The game kicks off at Finn Park at 8pm and is available on loitv.ie.