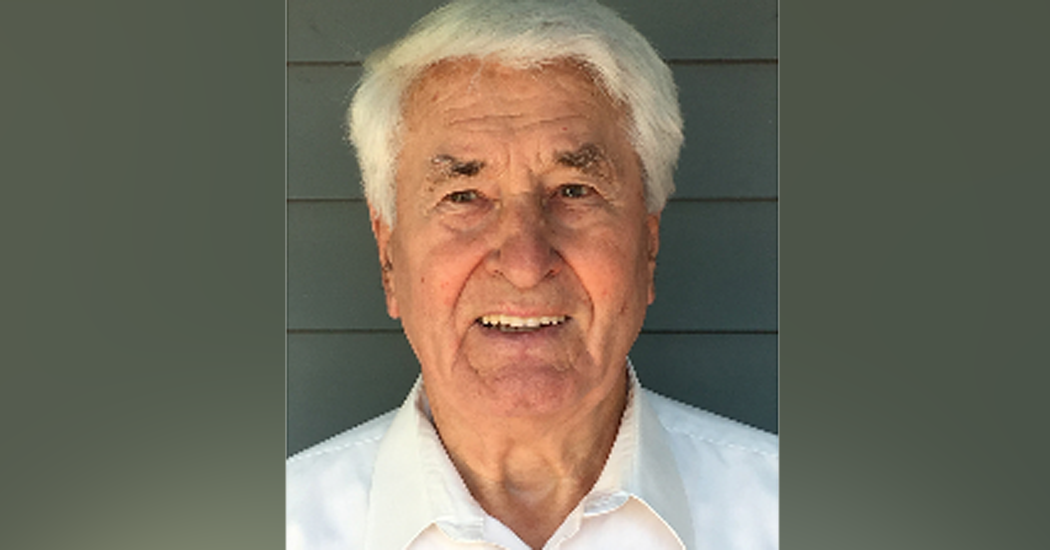 The death has taken place in Boston of proud Inishowen and Donegal man, Cornelius ‘Connie’ McEleney.

Connie was a stalwart of the Irish community in Boston, a gifted musician and a valued supporter of local GAA clubs.

He served as President of the Donegal Association of Boston multiple times over the years and supported many local associations.

Late of the suburb of Medford, he passed away peacefully in the company of his family on August 1st after a short illness.

Connie was born in Lagahurry, Isle of Dough, Clonmany, on January 18th, 1932 to John and Elizabeth (McGeoghegan) McEleney.

He arrived in America in 1957 after working in Glasgow, where, when visiting later, he was proud to point out the churches he helped build and the streets he helped lay.

After arriving in Boston via Montreal, he met the love of his life at an Irish dance at the Hibernian Hall in Roxbury in 1958. Connie and Mary (Gallagher) were married in October 1960.

Connie worked as a meat cutter at various supermarkets, then as a bus transmission repairman at the MBTA for over 20 years before he retired.

In his spare time, he fully restored and lovingly maintained a Victorian house where he and Mary lived for over thirty years, until his death.

Connie loved Irish music and was widely known for his traditional Irish Sean–nós singing that he honed in the fields and at house parties on the Isle. Many of his recordings are included in Ireland’s historical Traditional Irish Music Archive https://www.itma.ie/features/playlists/cornelius-mceleney-playlist

Connie was a member of the County Donegal Association of Greater Boston, the Leitrim Society of Boston and the Northeast Gaelic Athletic Association, where he was a proud supporter of the Donegal Football team and Boston Shamrocks Ladies Gaelic Football Club.

He lived his life to the fullest, travelling all over the country and the world with trips to Australia, China, United Kingdom and on Canada’s Rocky Mountaineer.

He went home to his beloved Ireland frequently to visit with his loving relatives in Donegal. For him, the highlight of these trips was always the late night singing sessiun in a family home like the old days.

Good friend to his King Avenue neighbours and to many many others. He was predeceased by nine of his brothers and sisters.

Relatives & friends are invited to attend his funeral from the Breslin Funeral Home, 610 Pleasant St., Malden on Tuesday August 9th at 9 AM followed by a Funeral Mass celebrated at St. Joseph Church, 118 High Street, Medford at 10 AM. (church parking for those not in the procession is located behind the church on Route 16).

Services will conclude with interment in Oak Grove Cemetery in Medford. Visiting hours will be held at the funeral home on Monday August 8th from 4-8 PM.

In lieu of flowers, a memorial donation in Connie’s name may be made to the Irish Pastoral Centre, 540 Gallivan Boulevard, Unit Rear, Dorchester, MA 02124 or www.ipcboston.org

Tributes have poured in from across the Boston-Irish community as news spread of Connie’s passing.

The Boston Northeast GAA club hailed Connie as a great supporter of the GAA in Boston and the Northeast. He served on the board for many years. Connie was also honorary chairman of the Donegal Boston GFC and a loyal supporter of the Boston Shamrocks for whom his daughter, Cathy, plays.

“Our sincerest condolences to Cathy and the McEleaney family. May he Rest in Peace,” the club said.

The Boston Shamrocks LGFC said Connie will be greatly missed on the side lines cheering his daughter on. “Our thoughts are with the family right now, may he Rest In Peace.”

The Irish Pastoral Centre remembers Connie as a “stalwart in the Irish community, with a beautiful voice, we will always appreciate Connie’s friendship. Our deepest sympathy to Mary and family.”