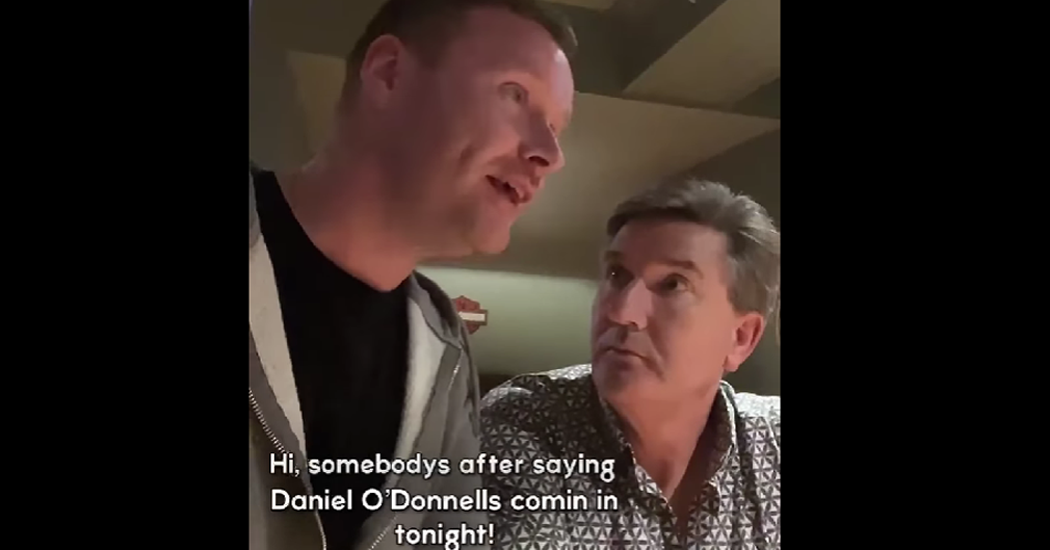 Watch: Daniel’s up for a laugh in witty TikTok!

Daniel O’Donnell has once again proven he is a class act in a hilarious viral video.

Glenties man Micheál Brennan (aka ‘Donegal Daddy’) was in Dungloe on Thursday when he bumped into Daniel in a bar. Micheál is well-known as an online video creator, so he took the opportunity to invite Daniel to feature in a TikTok.

Daniel was all for it, and so the two jokesters created this brilliant clip:

The video has become an instant hit across TikTok, Instagram and Facebook with Daniel’s fans praising his comedy timing.

Micheál, delighted with the outcome, said that Daniel was a great sport: “The idea was quick, I wanted something fun because I knew he’d be up for the craic. And he just went for it … he’s just unreal!”

Watch: Daniel’s up for a laugh in witty TikTok! was last modified: August 6th, 2022 by Rachel McLaughlin
FacebookTweetLinkedInPrint