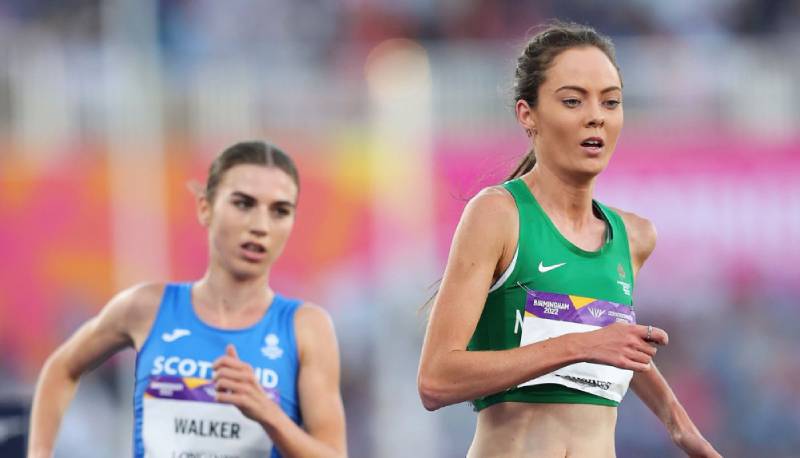 Roisin Flanagan broke the Donegal 5,000m record as she finished 11th at the Commonwealth Games in Birmingham.

The Finn Valley AC athlete finished in a time of 15:26.76 at the Alexander Stadium.

Flanagan heads to the European Championships in Munich later this month and her personal best tonight leaves her in a good position going into the Championships.

On Friday, Roisin’s sister Eilish recorded a season’s best of 9:57.18 to finish sixth in the women’s 3,000m steeplechase final in Birmingham.