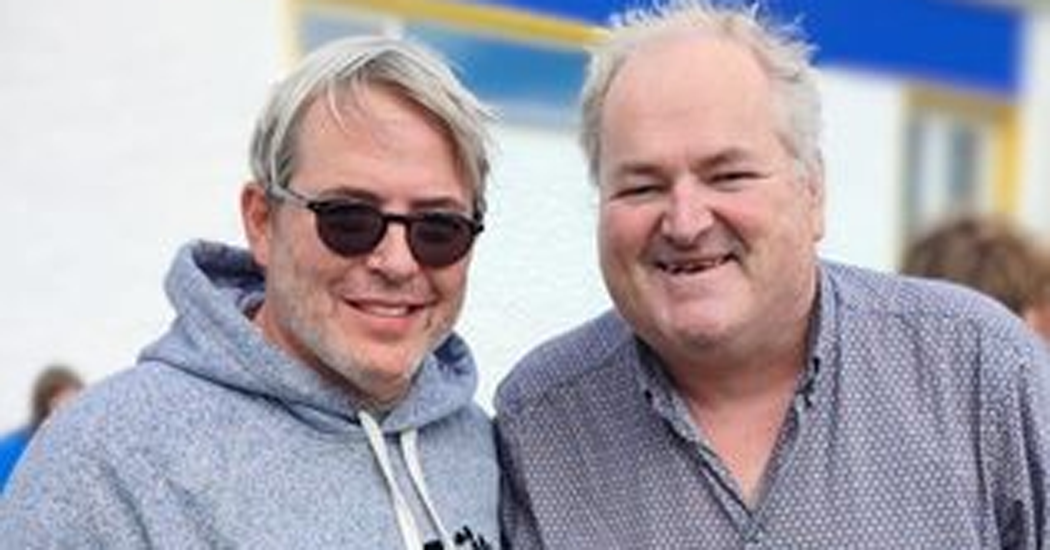 Hollywood stars Matthew Broderick and Sarah Jessica Parker have arrived on holiday in Donegal just in time for the heatwave.

The A-list actors were pitchside at Towney Park in Kilcar for Sunday’s Broderick Cup tournament. The underage GAA tournament was created in memory of Matthew’s parents, James and Patricia Broderick, who holidayed in south Donegal often and were great supporters of the local club.

Matthew, Sarah and their three children happily presented medals and the winning trophy to the winners of the day.

Matthew posed for a photo with local man Martin McFadden, who said that it’s always great to see the Matthew and his wife Sarah Jessica Parker in town.

The New Yorkers regularly escape city life to retreat to their south Donegal holiday home. The celebrities are often spotted in local restaurants and stores, where they are rarely bothered.

The couple’s Kilcar cottage, which has been in Matthew’s family for over 40 years, was extensively renovated in 2018. Sarah often celebrates the home comforts of the cottage and the Donegal scenery on her social media pages. The ‘Sex and the City’ star hinted that she was enjoying time in Donegal last week, after a recent trip to Greece. The actress posted a picture online of a cup of tea on a stone wall on August 1st, leaving fans guessing that she was back at her ‘home away from home’ in Donegal.