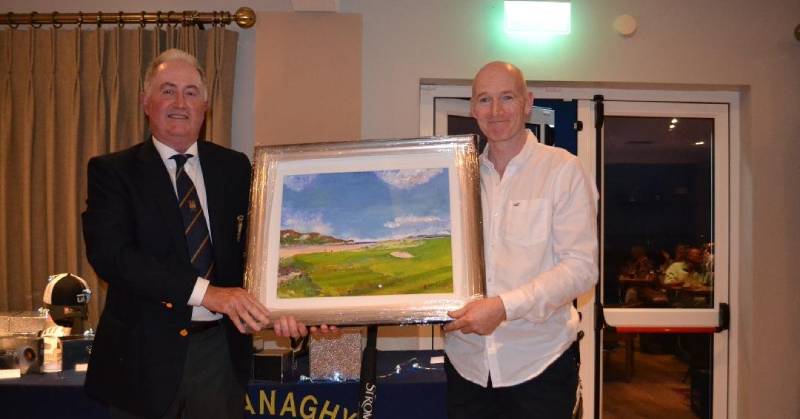 If Carlsberg did weekends they probably would not come close to the weekend that Daniel McColgan has given Dunfanaghy Golf Club.

On Saturday, Daniel won Captains Day in tremendous fashion with a 65 after 18 holes and lying second. He oozed class on the next 9 holes to card a 99.5 and beating Billy Griffin by the narrowest of possible margins.

After Daniel’s stunning performance on Saturday to win the Captain’s Prize and the celebrations on Saturday evening, Daniel led the the Dunfanaghy Donegal Senior League team to a nail biting victory over Portsalon. 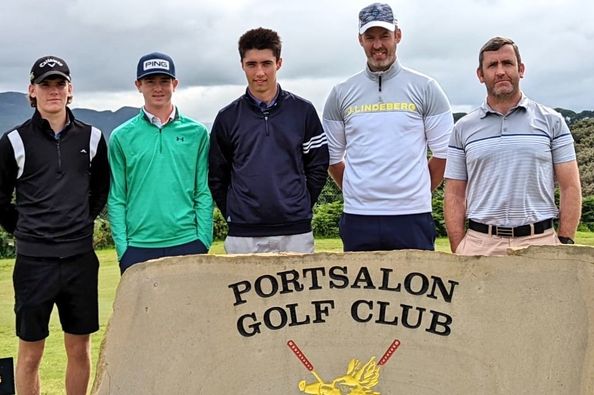 Daniel Gallagher played wonderful golf to beat Ryan McGettigan on 17. Luke Kelly played solid golf going down on 15th to the in form Sean Hensey.  James Marriot beat Michael Campbell on 17. Brendan McGrath shook hands on 14 after 14 pars and a titanic battle in the deciding match saw Stephen Connolly fighting back with birdies on 15 and 18 to win 1 up to send the tie to a playoff!

A closely contested play-off could have gone either way with the first 3 holes halved but man of the moment, Daniel McColgan, held his nerve on the 4th playoff hole holing a 6 foot putt to send Dunfanaghy through to the next round capping an unbelievable weekend. 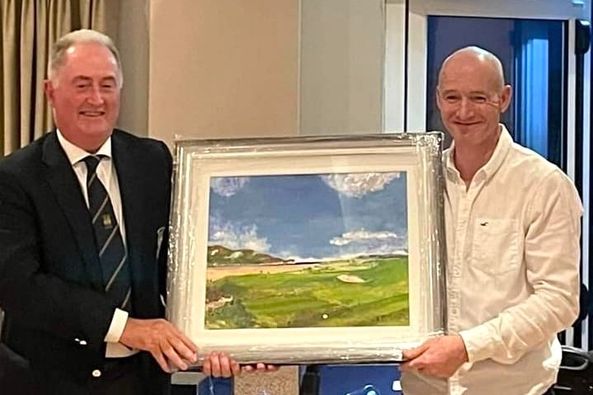 The incredible reception Daniel received on Saturday evening at the Captain’s Prizegiving was a fitting tribute from members and a measure of the esteem that this hard working, modest, clubman and role model is held in by everyone at Dunfanaghy Golf Club. Congratulations Daniel!

Not to be outdone by his Dad’s exploits at the weekend, young Danny McColgan won Junior Captain’s Day today.

Congratulations Danny and well done to everyone who took part. A big thank you to Captain Colm, Fergal and Daniel for all their work with the future stars of Dunfanaghy Golf Club. 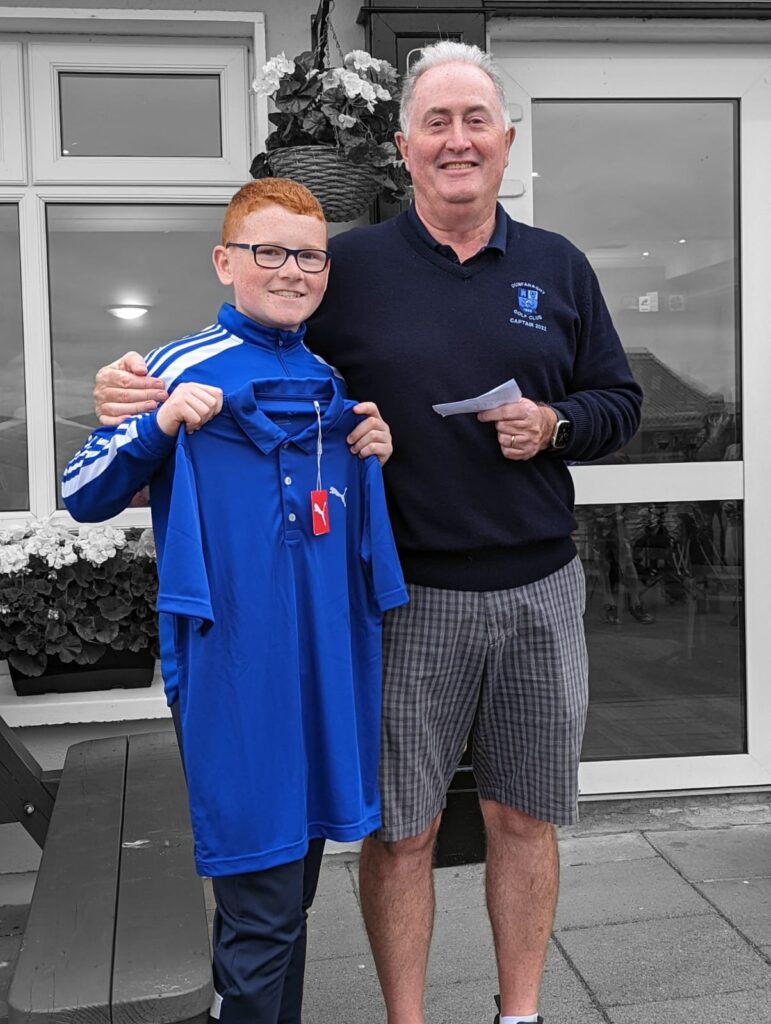