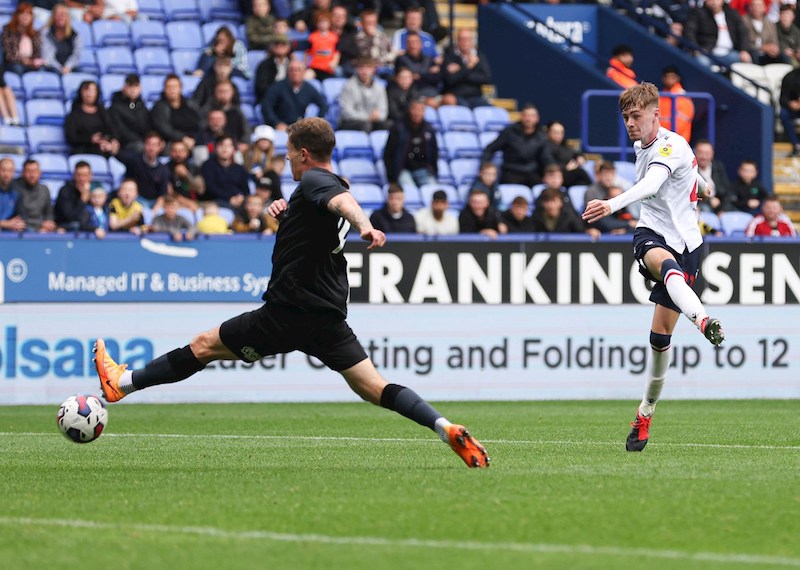 An ex Finn Valley athlete scored a spectacular first senior goal for Bolton last night as he continued an excellent start to his loan period from Liverpool.

Conor Bradley (19), from the Tyrone village of Killen, close to the Donegal border, has had a brilliant start with Bolton Wanderers.

The Aghyaran youngster has won a penalty, made an assist and featured in the League One Team of the Week already!

“I thought he was excellent, I think it was a real big test for him,” manager Ian Evatt told the Manchester Evening News. “I think, physically, now he’ll understand the demands of playing in that position for us.”

That position is the more advanced wing-back role, rather than the right-back role Bradley played with Liverpool.

And what a goal it was.

Bolton played Salford in the EFL Cup and hammered them 5-1. Bradley managed to grab headlines in amongst the goals with a thunderous 25-yard hit that flew into the far side of the net.

Watch the goal below:

Conor is a son of businessman Joe Bradley, of Derg Commercials, and Linda (nee McMenamin).

He also starred for his local Aghyaran GAA Club in the Tyrone league.

His cousins, Calvin and Jack Bradley, are ace forwards for Red Hughs who play in Division Three of the Donegal GAA league. 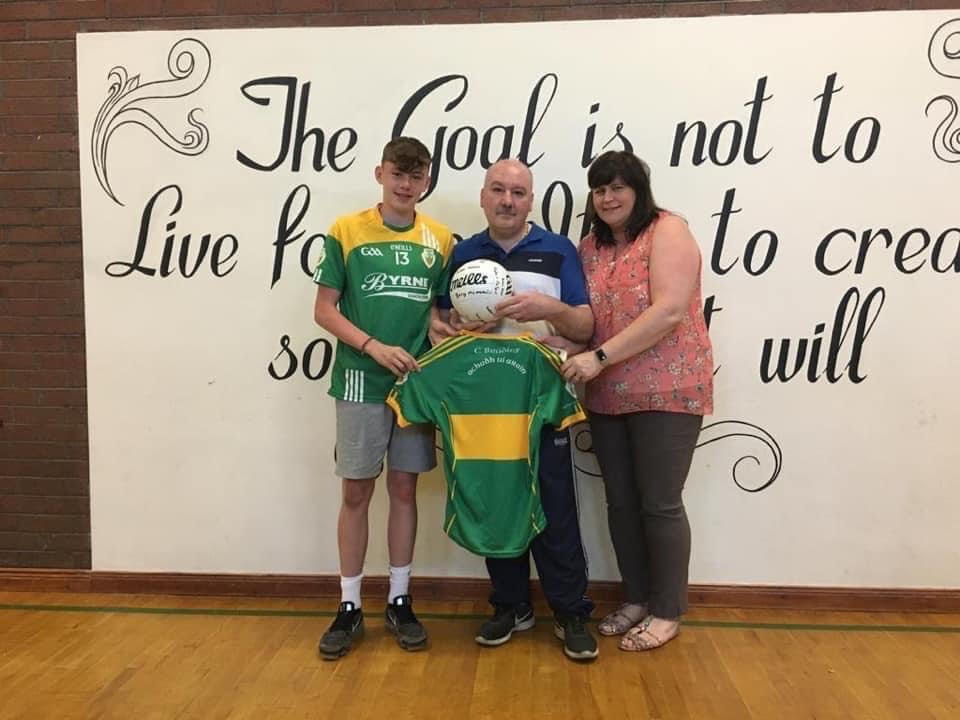 Conor Bradley with his parents, Joe and Linda, during a presentation at the Aghyaran GAA Club before he signed for Liverpool.