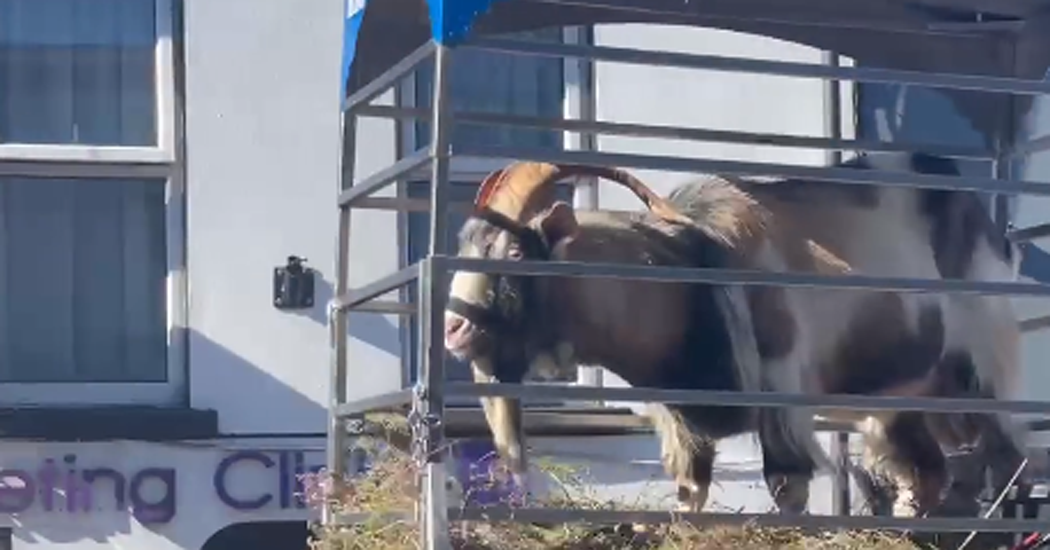 National: Goat taken down from cage at Kerry’s ‘Puck Fair’ amid welfare concerns

The ‘King Puck’ of the Puck Fair in Kerry has been taken down from its cage due to the heatwave.

Much controversy surrounded this summer’s festival in Killorglin, where a wild goat is paraded through the town in a cage before being hoisted up on a 50-foot stand for two days.

The heatwave sparked serious concerns over the risk of the animal bring exposed to high temperatures and the risk of heat stroke. Animal rights campaigners called against the use of a live animal, while a campaign also called on Minister for Agriculture Charlie McConalogue to intervene.

In a statement, festival organisers confirmed the King Puck had been taken down earlier this morning.

“Under the 5 Freedoms of Animal Welfare, Puck Fair continues to ensure that the welfare of King Puck is their highest priority,” a statement said.

“Due to unprecedented spells of hot, sunny weather, King Puck was removed from the top of the stand this morning, placed in the shade with a constant supply of cold water and food, and is receiving hourly vet check-ups that continue to show that the goat has a good bill of health.”

The three-day festival runs until tomorrow, Friday, 12 August when the goat will be released back into the wild.