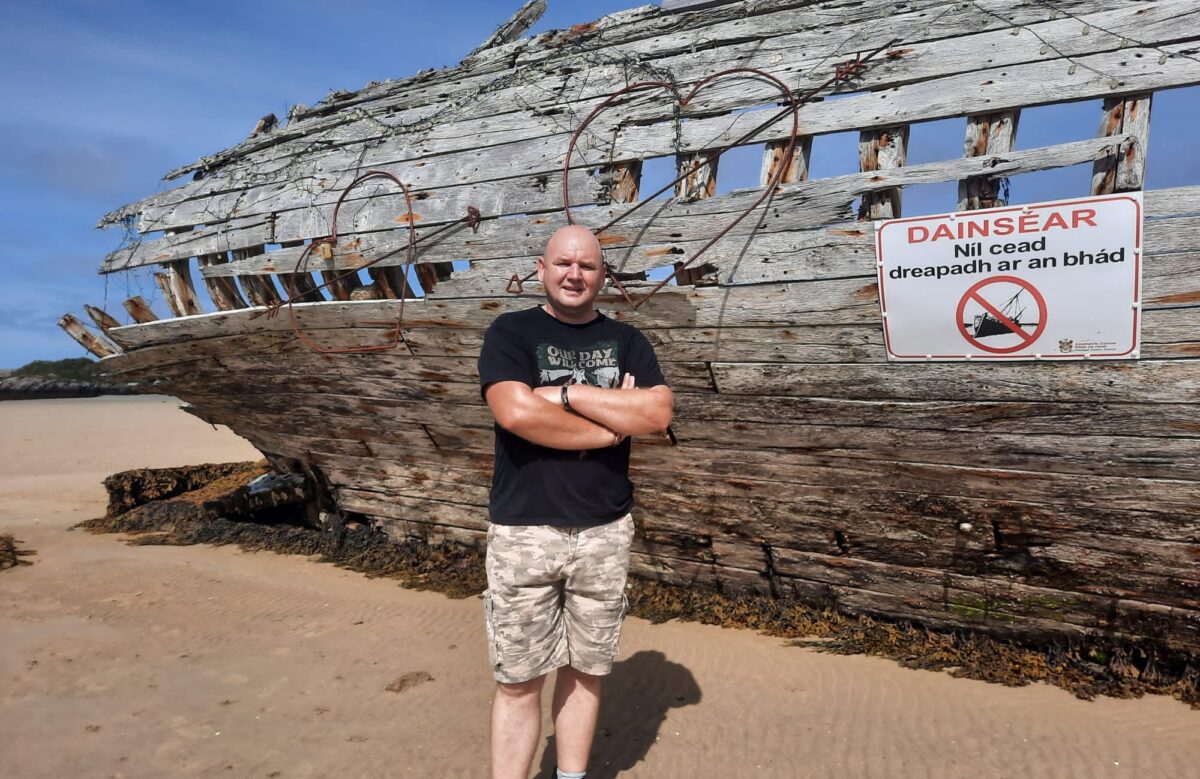 New safety signs have been placed on ‘Bád Eddie’ in Gaoth Dobhair to prevent people from climbing the wreckage.

The iconic shipwreck on Magheraclogher Beach in Bunbeg is a hugely popular scenic place for visitors.

However, locals have grown increasingly concerned about people climbing on the unstable structure.

“If people do no stop climbing the boat there are concerns that someone is going to get really hurt, expecially kids,” Cllr Mac Giolla Easbuig said.

“I would ask people not to be climbing on the boat. It’s in a bad shape and unfortunately it is deteriorating constantly, that is the natural process.”

Efforts are continuing to ‘save’ Bád Eddie, which is in danger of being totally washed away by the sea. An ongoing campaign aims to build a replica structure of the famous boat at Magheraclogher beach. The preservation fund was awarded €50,000 from Údaras na Gaeltachta in 2020. 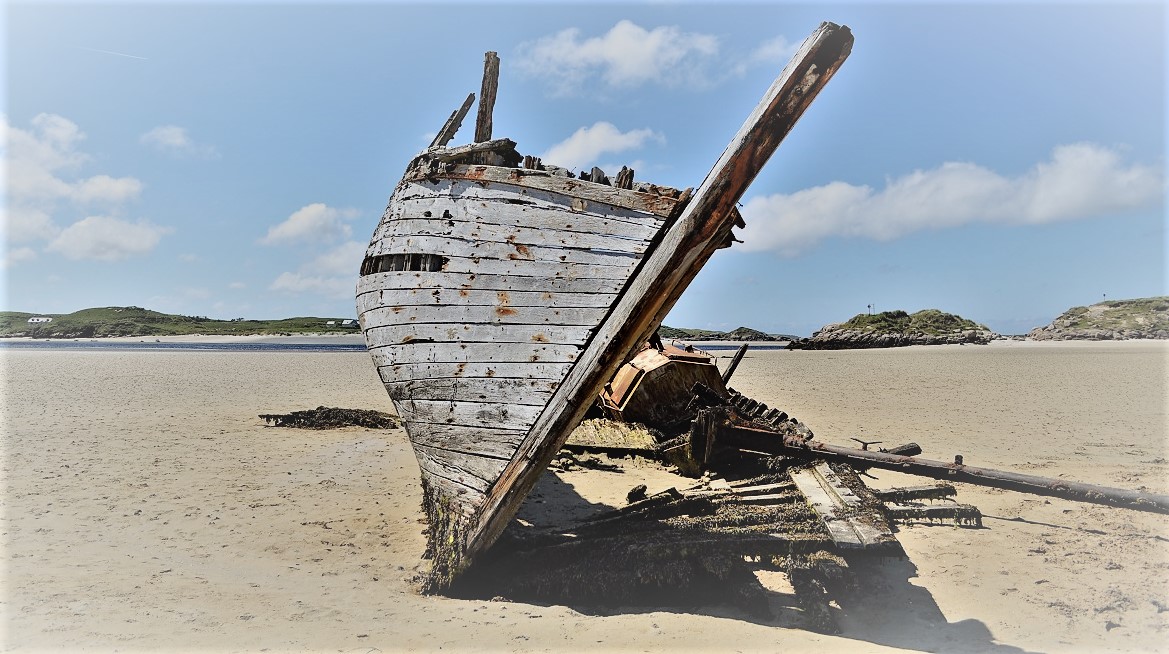 Despite just the bones of the ship remaining, the legacy of Bád Eddie is likely to outlive it. The famous boat once featured in U2 and Clannad’s 1985 video for ‘In A Lifetime’. She also appeared in VOGUE magazine and she inspired Michael Moore to finish his book ‘Dude Where’s my Country’ while he looked out at her beauty.

Her story goes back to 1977, when a boat called ‘Cara na Mara’ was towed into Gaoth Dobhair. It was a large fishing boat and it was brought in to repair two planks that had broken on her bow. Fast forward to today and the boat is part of the landscape on the beach at Bunbeg, now better known as ‘Bád Eddie’.