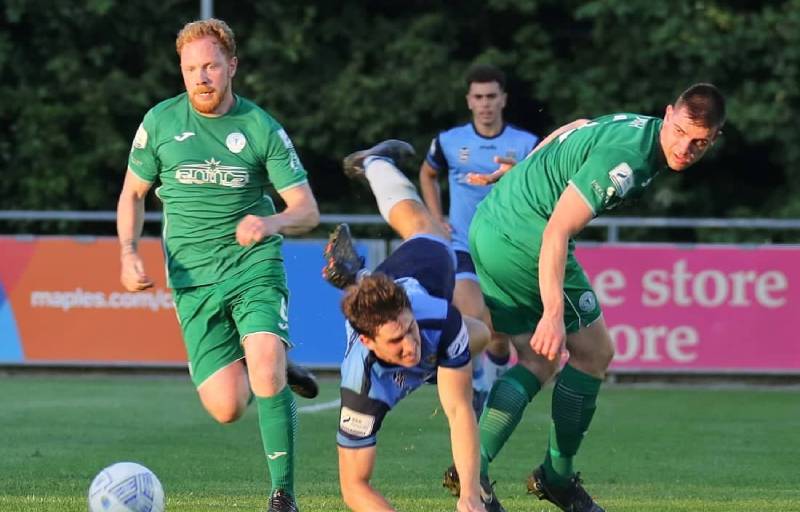 Finn Harps fell to the bottom of the table again as they were defeated 2-1 by 10-man UCD at the UCD Bowl.

Harps took the lead as Dara Keane was booked for pulling down Ethan Boyle in the box and Filip Mihaljević scored from the spot.

The Students hit back instantly through Donal Higgins, scoring from the rebound of Keane’s shot which came back off the post.

Keane was given a second yellow for a foul on Conor Tourish just seven minutes into the second half.

But a terrific strike from Evan Caffrey gave UCD the lead and Harps couldn’t find a way past the 10-men in the remainder.

Ollie Horgan named an unchanged side, a rarity for Finn Harps this season, from the 3-0 win over Drogheda. 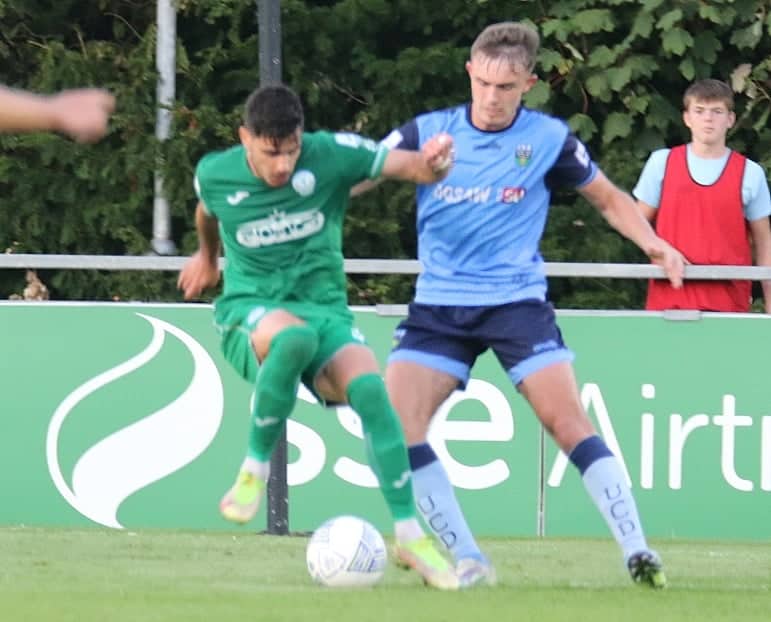 Mihaljević scored from the spot before an Eric McWoods brace in that game.

Meanwhile, UCD made two changes from their 1-1 draw also against Drogheda as Mark Dignam returned to the starting 11 and Donegal Town man Jack Keaney came back from suspension, replacing John Ryan and Alex Dunne.

Keaney was one of three Donegal men starting for UCD, along with Letterkenny native Michael Gallagher and Sam Todd from Carndonagh.

Finn Harps started on the front foot with McWoods and Barry McNamee linking up but the latter’s cross to Mihaljević was headed into Lorcan Healy’s hands on eight minutes.

10 minutes later, Harps were given a penalty as Dara Keane was booked for pulling down Ethan Boyle in the box from a Regan Donelon free. 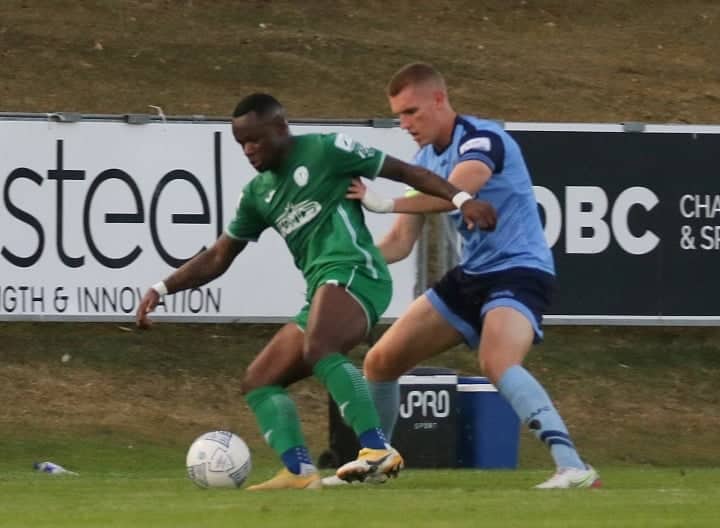 Mihaljević stepped up and made no mistake, sending Healy the wrong way for the Croatian’s fifth goal of the season and fourth from the spot.

The goal seemed to wake UCD up and a couple minutes later they were level with their first real chance of the game.

As Harps failed to clear the danger Higgins and Lonergan linked up to find Keane on the edge of the box and his shot was well saved on to the post by James McKeown but the rebound fell to Higgins who fired into the net with ease just on the water break.

After the water break, both sides had a couple of chances, first with McWoods firing just over the bar before Keaney’s free-kick was headed over by Todd.

N’Zeyi was next to try his luck on the edge of the box but his effort was again too high while Dignam’s shot at the other end went wide of the post.

The next best chance of the half fell to The Students as Lonergan’s header to Keane gave him a massive chance but McKeown got out quick and spread himself well to save, 1-1 at half-time. 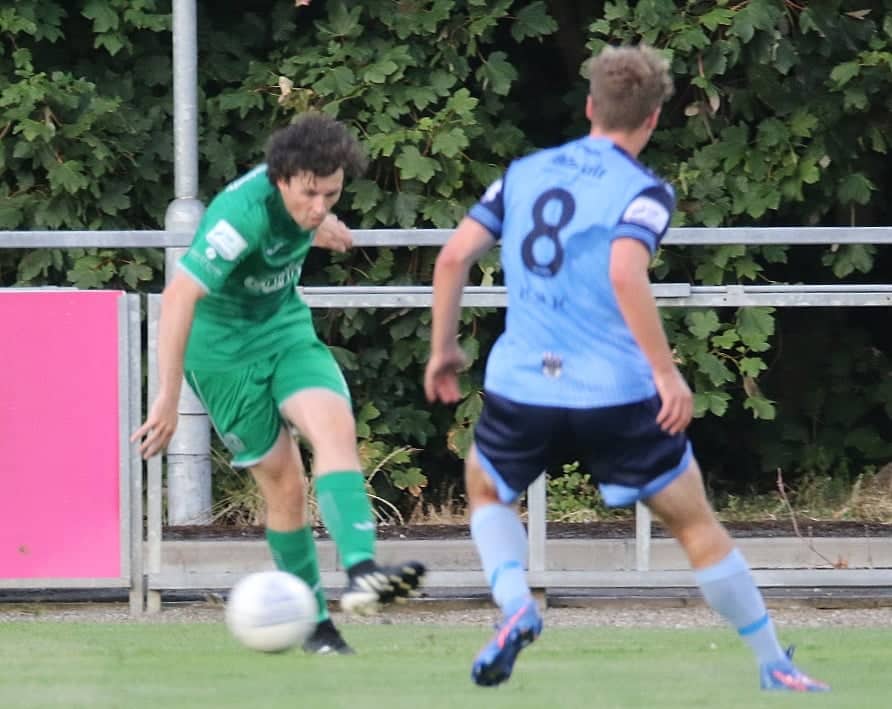 Chances were few in the opening to the second half but a key moment occurred when Keane and Tourish clashed, but referee Derek Tomney believed Keane to be in the wrong and gave him a second yellow card.

But the 10-men of UCD would take the lead just before the hour mark as Higgins found Caffrey from 30 yards out, and the 19-year-old took a heavy touch and smashed it into the top corner from way out.

Harps looked to fight back and a long ball from N’Zeyi found substitute Robert Jones but Evan Osam did enough to put McWoods off before the water break.

A Donelon cross was spilled by Healy and Jones couldn’t get there in time as Caffrey cleared the ball away.

UCD were holding on well in defence and Thomas Lonergan did brilliantly to beat a couple of Harps men and get a shot away but McKeown saved. 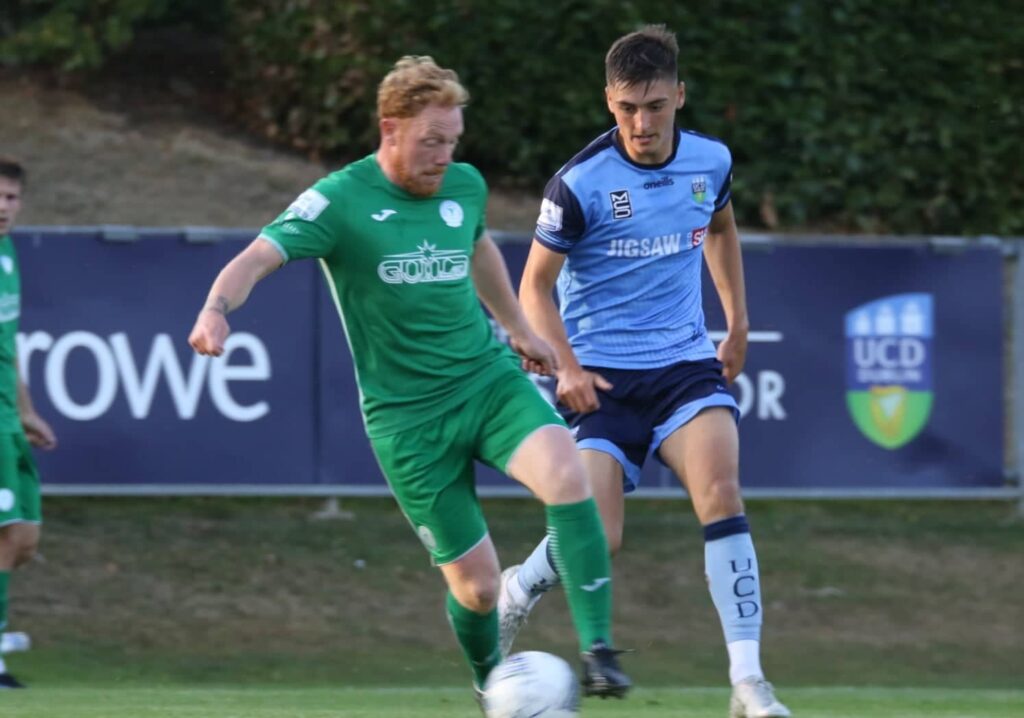 The last minute of six added saw McWoods have a header go towards the corner but it hit a UCD defender and go into the gracious arms of Healy.

Harps move to the bottom of the table for the second time this season as they couldn’t find a way past the UCD defence.

Finn Harps fall back to bottom after defeat to 10-man UCD was last modified: August 16th, 2022 by Dáire Bonnar
FacebookTweetLinkedInPrint