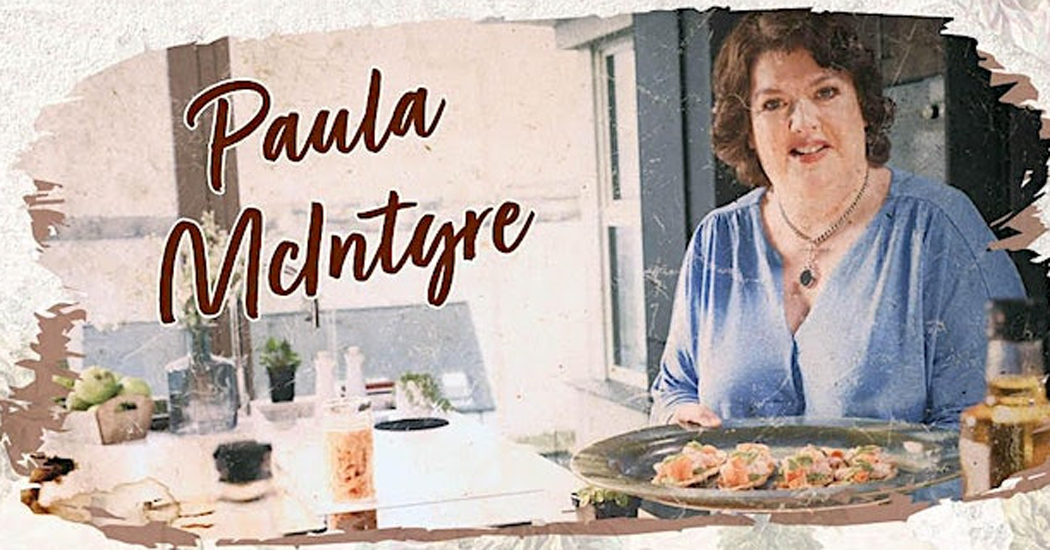 A week-long festival celebrating the history of East Donegal is taking place from Monday 22nd August to Saturday 27th August. Admission is FREE to all events on the exciting schedule.

Special guest will be TV Chef Paula McIntyre, who will be demonstrating her culinary skills at Monreagh Community Hall on Monday 22nd August from 12 noon to 3pm.

12noon – 3pm Ulster Scots Cookery Demonstrations by Paula McIntyre (Monreagh Community Hall)
In Autumn 2001 Paula was given her own TV series on BBC 2 NI called “Taste for Adventure”. She appeared as a guest chef with Eamonn Holmes on BBC 1 NI’s “Summer Season” programme and was a reporter on food issues for BBC 1 NI’s “Inside Out” programme. She has also been a guest chef twice on RTE 1’s “Afternoon Show”.

Here’s a taste of what to look forward to:

10am – 5pm Cultural Bus Tour of the Foyle Valley

This festival is supported by the Ulster Scots Agency 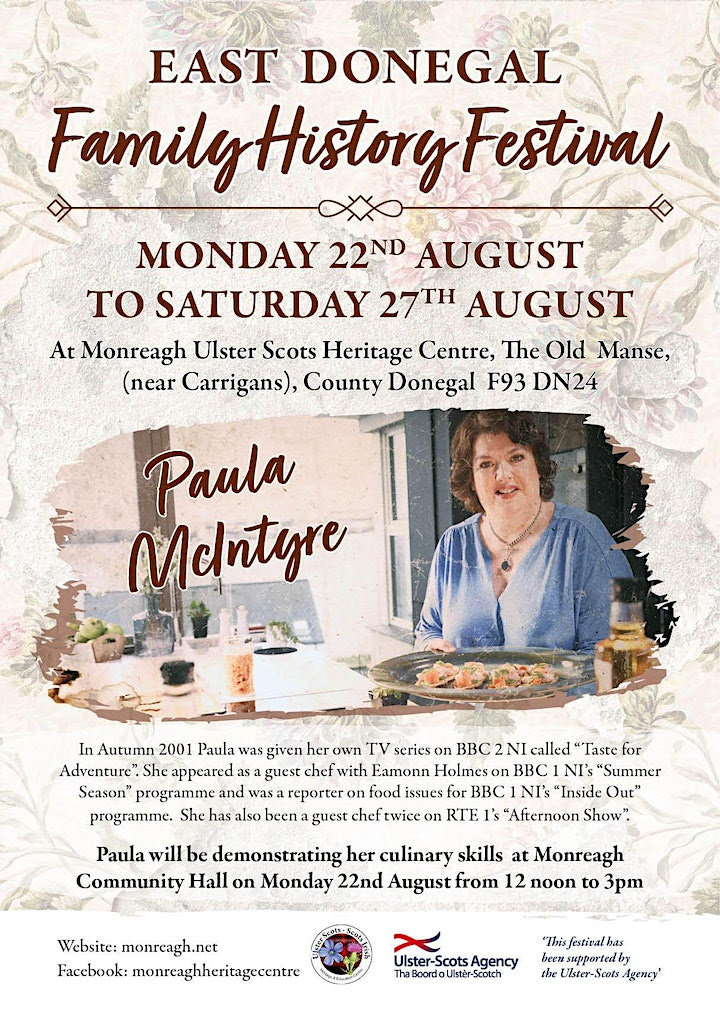 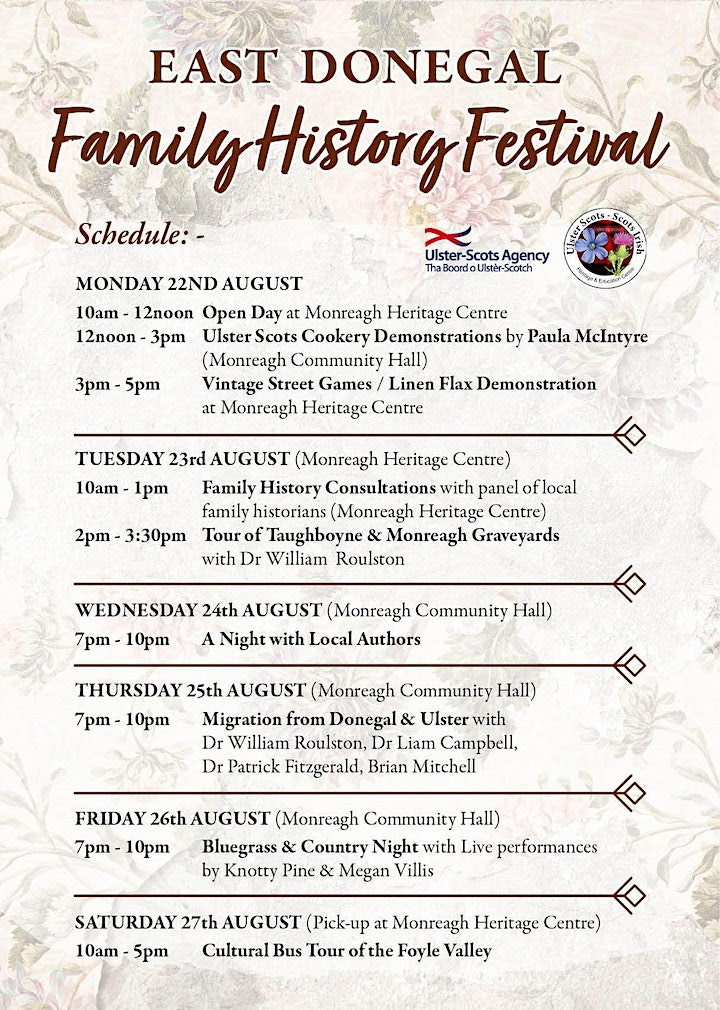