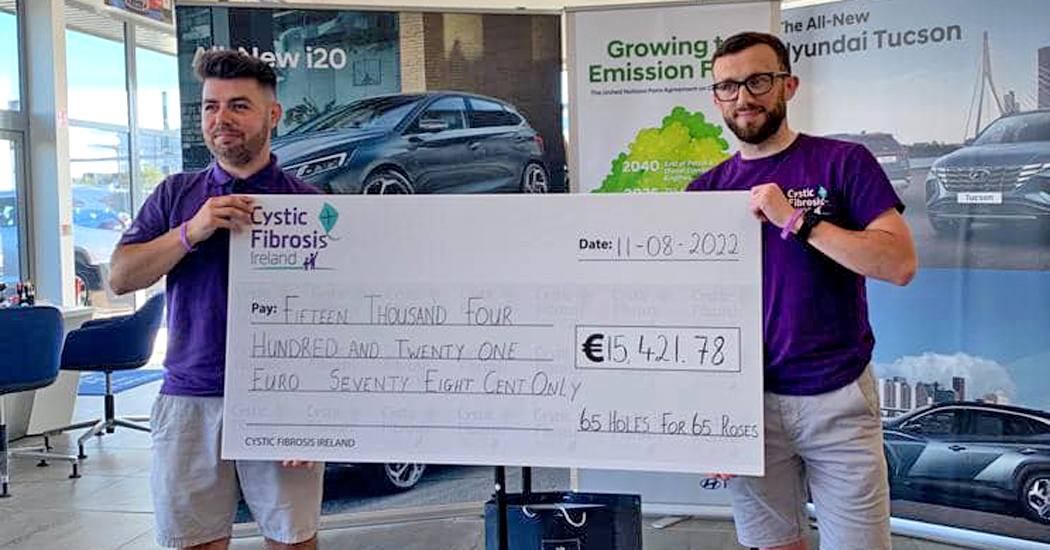 Letterkenny man Vinny Mc Laughlin has revealed the grand total of his summer of fundraising for Cystic Fibrosis Ireland.

Vinny raised an amazing €15,421.78 through a variety of events which were very generously supported by the local community.

A ’65 holes for 65 roses’ golf challenge in May, a Golf Classic in July, a Last Man Standing competition, a charity match and a campaign with Divers Hyundai Letterkenny all contributed to the grand total. 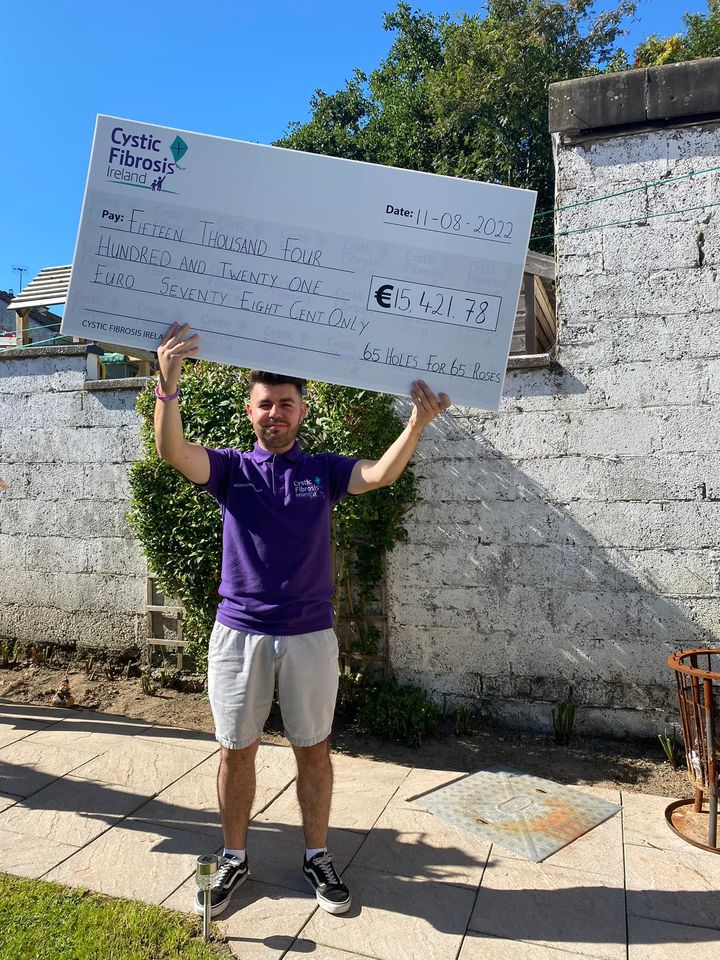 Vinny, a local delivery driver and Lagan Harps Senior Manager, set out to raise money for Cystic Fibrosis Ireland to give thanks for the support they gave his cousin and best friend, Marc McCarron. Marc was born with Cystic Fibrosis and suffered from the debilitating effects of the disease throughout his life.

Now aged 33, Marc has gained a new lease of life thanks to a wonder drug therapy. The approval of Kaftrio in Ireland last year gave him the chance to rebuild his health and get back to working and exercising. He played his first game for Lagan Harps Senior team in a 4-0 win over Dunree Utd a fortnight ago.

Celebrating the achievements, Vinny said: “A big part of this fundraiser was to share Marc’s story, and I think we did that massively and one thing I learned ‘Rather worrying about what you don’t have, appreciate what you do have’.”

Marc added: “A massive thanks to every individual and business that donated or helped out in every way possible no matter how small, it’s really appreciated. As most will know I was diagnosed with Cystic Fibrosis at birth and it was getting more difficult as years went on until a year ago I started a new drug that’s changed my life completely and again to see how many got behind the fundraiser has been amazing so thanks again.

“I also want to say a bigger thanks to Vinny Mc Laughlin who put so much hard work in the past 6 months into it and to raise over €15,400 is an amazing achievement. I’m lucky to have the best friends I have who’ve been there over the years for me.”

Vinny and Marc at Divers Hyundai