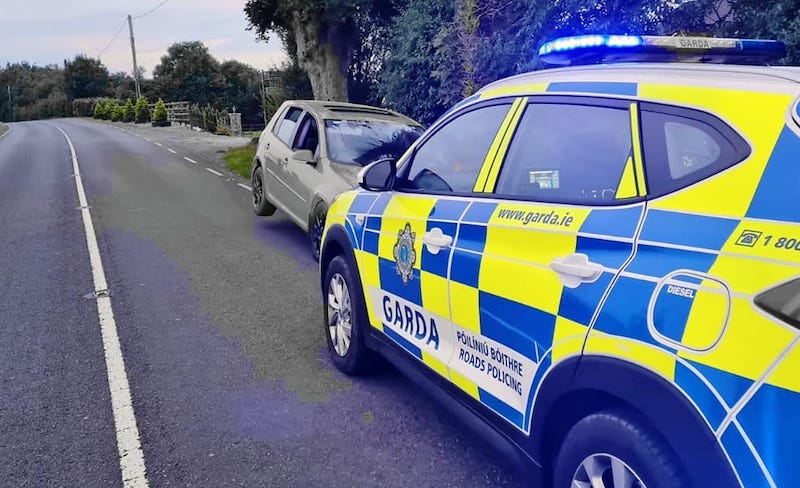 A major garda operation was mounted in east Donegal this evening after reports of a car being driven dangerously.

Gardaí from Ballybofey Garda Station were assisted by the Letterkenny Roads Policing Unit were tasked following numerous reports in relation to the manner in which it had allegedly been driven in and around the Ballybofey area.

The vehicle in question (pictured) was located and it was established that the driver had no driving licence or insurance.

The driver was then arrested on suspicion of drink driving and the vehicle was seized.