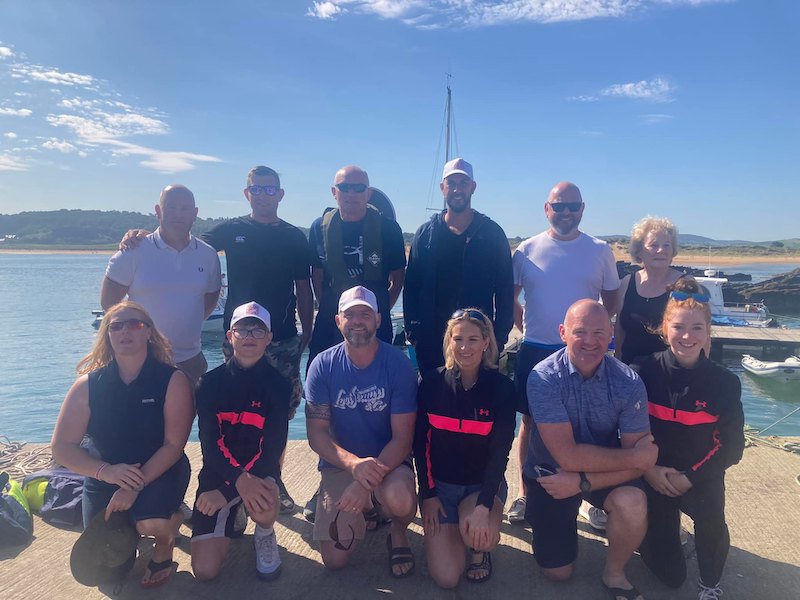 A group of nine men and women has successfully rowed to Scotland from Malin Head in aid of the Friends of Inishowen Hospice.

The ‘Pulling for the Hospice’ team left Port Mór pier on Friday morning at 6am bound for Islay – the most southerly island of the Inner Hebrides.

The distance covered amounted to over 80km, while their target was to complete the journey within 12 hours.

Two teams rowed in relay alternating every hour, with the crew completing the journey in just ten-and-a-half hours. 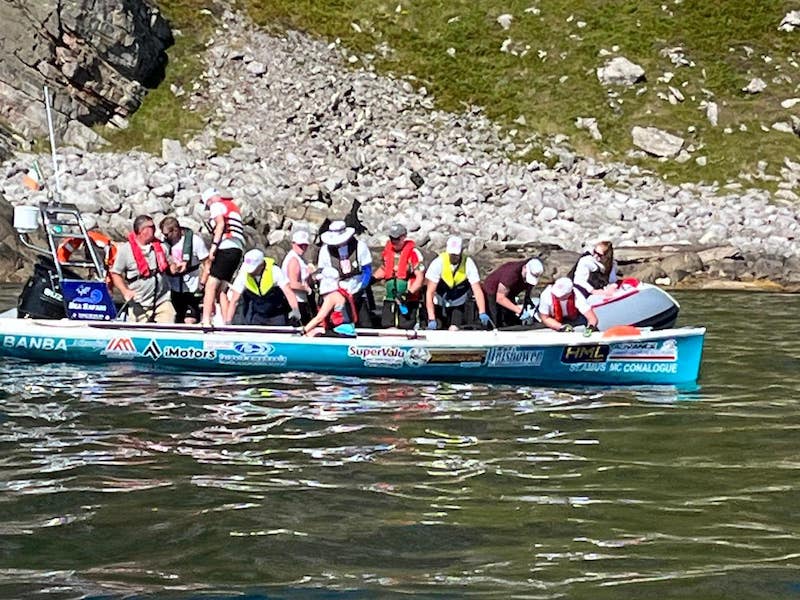 The crew prepares for the final changeover near Scotland.

The charity crossing aimed to raise €40,000 for the hospice.

Organiser, John Farren, said they were delighted with the support, adding they have already exceeded their target.

Eddie Doherty, John McGuinness, Paddy and Philip McLaughlin, John Farren, Oliver and Tara McConalogue and Colm and Lisa McSweeney have been training for over a year in preparation for the journey.

All proceeds raised will go towards ‘Friends of the Inishowen Hospice’, who help fund the end of life care facility at Carn Hospital..

John Farren, who organised the row, is determined to complete it as his mother-in-law spent her final days in Carn Hospice, and commended them on their care and support during that time.

“Cancer affects nearly everyone and the work that they do is remarkable,” he said.

“I think that they are the most deserving charity.”

John acknowledged the four support boats, to ensure that everything runs smoothly, that will be on hand on Friday; True North Boating, Inishowen Boating, Brendan Monagle and Mark Coyle with HML.

He thanked the 20 local sponsors and members of the general public that have supported the group and have donated to the very worthy cause.

They hope to raise €40,000 for Inishowen Hospice and donations can be made on their GoFundMe page so that they can reach their goal.