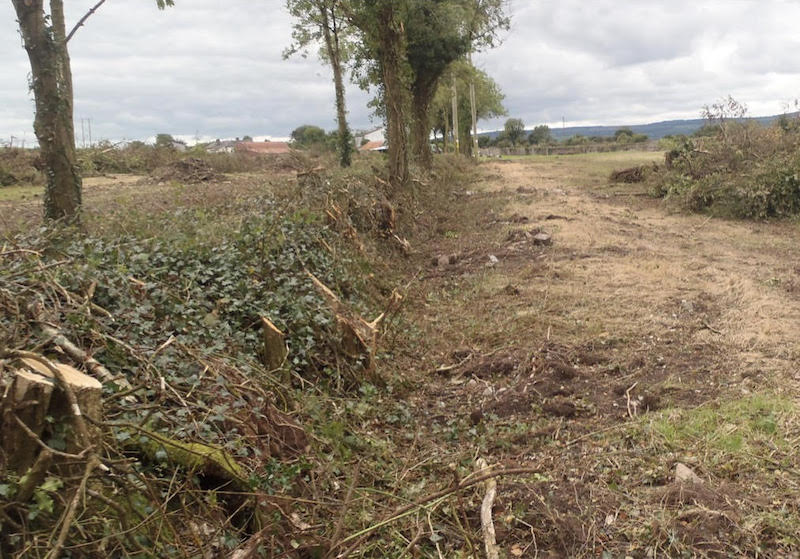 Landowners reminded it is still illegal to cut hedgerows

Landowners have been reminded that it is still illegal to cut hedgerows.

The grubbing, burning or other destruction of ‘vegetation growing in any hedge or ditch’ between  March 1 and August 31 is also prohibited.

The Department of Agriculture issued the reminder amid reports of illegal activity.

Cutting, grubbing, burning or other destruction of vegetation growing in any hedge or ditch is prohibited from March 1 to August 31

Hedgerows are exceptionally important for biodiversity, providing food and shelter for animals

After the National Parks and Wildlife Service initiated 40 prosecution cases last year, the Department of Housing said it hopes that fewer will be necessary this year.

However, it’s believed that the number of breaches of the law each year could be far greater, and the department has frequently warned of the dangers of starting fires in such areas in the past.

Such fires can spread, putting pressure on local fire services and causing severe damage to vegetation and wildlife.

The Department of Housing said that hedgerows are “exceptionally important for biodiversity” in Ireland, providing food and shelter for animals. They also act as corridors connecting habitats.

If you see what you suspect to be a hedge-cutting offence you can report it to your local NPWS office (see www.npws.ie/contact-us) or your local Garda station.

Since enforcement staff might not be able to respond immediately, you should take a note of the date and time, and note any vehicle registration numbers involved. Photographs (especially of vehicle number plates) can also be helpful.