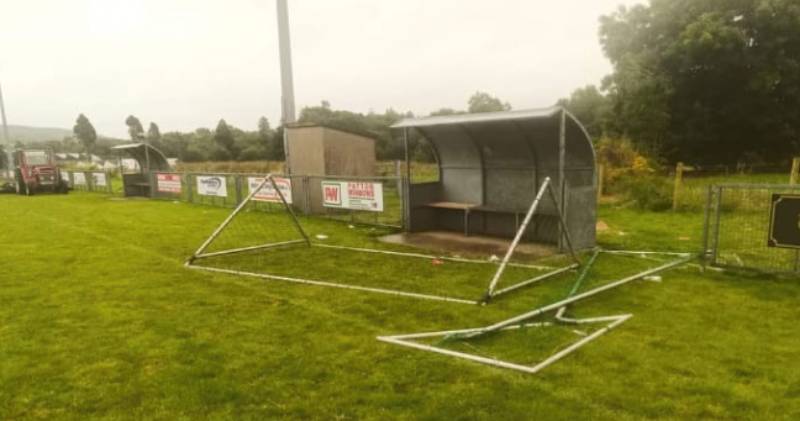 Convoy Arsenal FC have once again been the victim of vandals damaging their facilities.

The incident occurred over the weekend with the underage goalpost nets being destroyed.

It’s not the first time the club has been targeted, as last year fencing was pulled down, glass was strewn across the playing pitch and a fire destroyed one of the dugouts.

A spokesperson for the club took to social media to voice their frustration, saying: “It’s with great regret and disappointment that we as a club have to post this up.

“As you can see over the weekend somebody or somebodies has destroyed some of the small goalposts.

“This is not just destruction of property but it’s also an attack on our younger club members as these are the goals they play with.

“This is very disappointing for everyone involved in the club who are working very hard to provide football for under 6s right up to senior level.”

Anybody who knows anything about the vandalism should contact Gardaí.