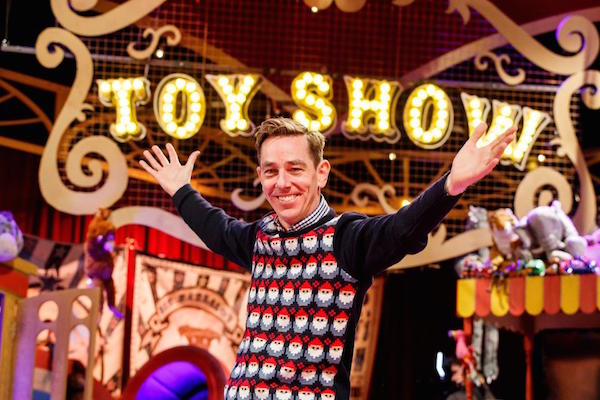 Applications have officially opened for the 2022 Late Late Toy Show.. with just 102 days to go until the big show!

If your child has always dreamt of being a TV star, this could be their chance to get a role on Ireland’s most-watched programme.

Producers are on the look out for performers and toy reviewers, with applications available here: https://www.rte.ie/tv/programmes/latelate/2022/0803/1313682-does-your-child-want-to-be-on-the-late-late-toy-show/

This year’s Late Late Toy Show will take place on Friday, 25 November. Presenter Ryan Tubridy has revealed that a very special year is in store.

Speaking on his RTÉ Radio 1 show on Monday morning, he said: “We are going to go large this year. I had a great chat about it last week, and it’s going to be very, very special indeed.”