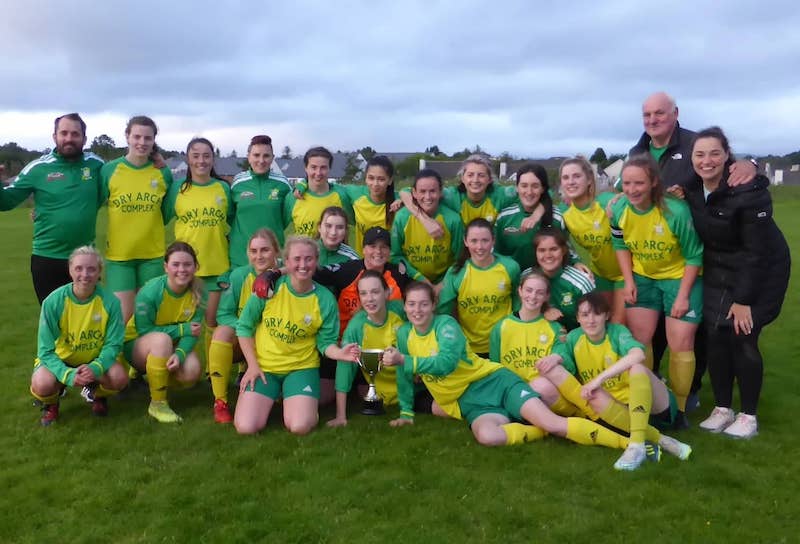 Bonagee United were crowned as Donegal Women’s League champions after an emphatic win over Drumbar United on Monday evening.

The Dry Arch Park residents, managed by Chris McNulty, delivered a ruthless and efficient performance yesterday to seal the deal – the silverware secured via a big win.

Top-scorer Bronagh Gallagher broke the stalemate after only 36 seconds and Bonagee were firmly on the way when Natalie McFadden doubled the lead in the third minute.

Gallagher, with her 17th goal of the season made it 3-0 before Ciana Brogan stuck from distance.

Brogan bagged another from long range before Mollie Page got in on the act with McFadden also landing her second of the evening.

Amanda Callaghan extended the lead before adding a wonder goal with the outside of her left foot from the tightest of angles.

Goals early in the second half by young guns Gabrielle O’Donnell and Hannah Hopkins powered Chris McNulty’s Bonagee to the title.

The North West Super League champions in 2019, this was Bonagee’s first time to lift the Donegal Women’s League crown.

Next up is a Donegal Women’s League Cup semi-final against derby rivals Lagan Harps on Monday evening.