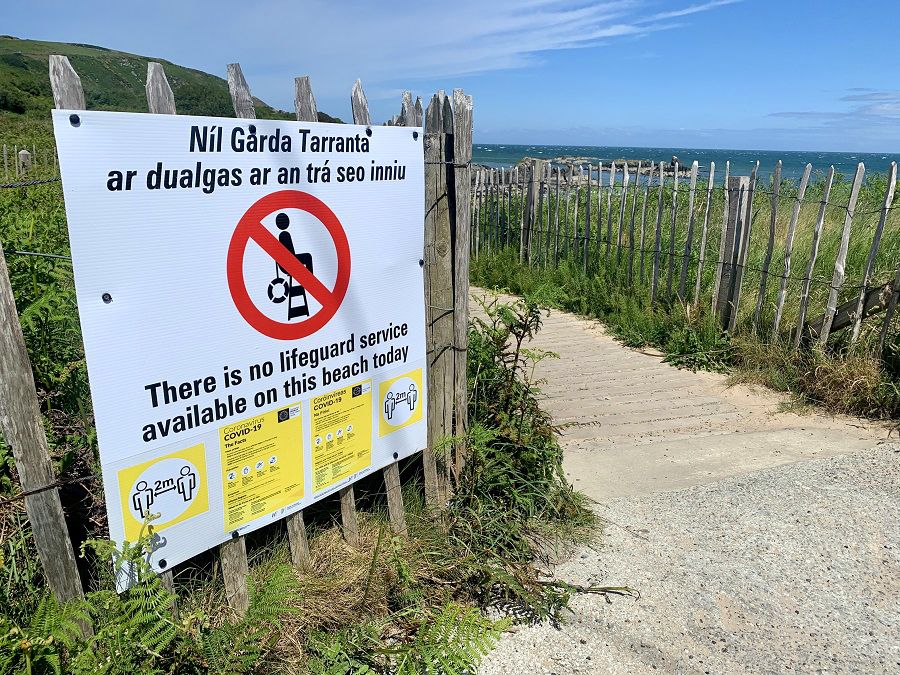 Inishowen’s busiest beaches have been without lifeguard cover this summer after Donegal County Council failed to hire suitably qualified candidates.

The local authority has deployed lifeguards to Culdaff, Shroove (pictured) and Lisfannon beaches between June and September over many years, but not in 2022.

Thousands of people flocked to Inishowen beaches during the recent hot weather.

However, lifeguards were conspicuous by their absence, leading some members of the public to contact the Inishowen Independent to express their concerns.

During last week’s heatwave, the RNLI, Irish Coast Guard and Water Safety Ireland issued a joint statement urging the public to be mindful of the dangers posed by the sea, and advised people to only swim in areas protected by lifeguards.

The council did not respond to questions posed by the newspaper.

However, it is understood that lifeguards have been deployed at beaches elsewhere in Donegal.

Councillor Martin McDermott said the council has struggled to hire lifeguards this summer, but did deploy one to Caratra Beach at Culdaff yesterday for the first time this summer.

“The council had problems in ascertaining lifeguards this year,” the Glengad councillor said. “There were no applications from Inishowen in the first round of calls for lifeguards.

“They did a second round of advertising and they have gotten a few, not a major amount, but a few.”

“The council is now in the process of putting a panel together, but it was taking far too long.”

He said this issue further highlights the need to reopen the Buncrana Leisure Centre so courses can be run locally.