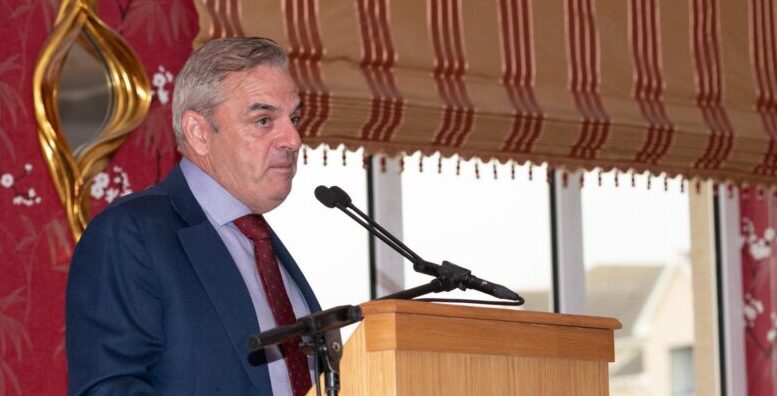 Golfer Paul McGinley will always be proud of his roots in Donegal, he says, and he never turns down a chance to wear the county colours.

The Dublin-born sportsman, now a Freeman of Donegal, revealed that he ‘got a bit of stick’ from Shane Lowry after being spotted at the Ulster Final wearing Donegal ribbons around his neck. Despite the comments, he says Donegal will always have a place in his heart.

“There’s always a bit of banter and that’s what I love about Ireland. You can have banter about where you are from and who you represent,” McGinley told Charlie Collins at his ‘Freedom of Donegal’ civic reception event in Downings.

Paul’s mother is Julia Sheridan is from Rathmullan and his father is Mick McGinley, a talented footballer, is from Dunfanaghy. 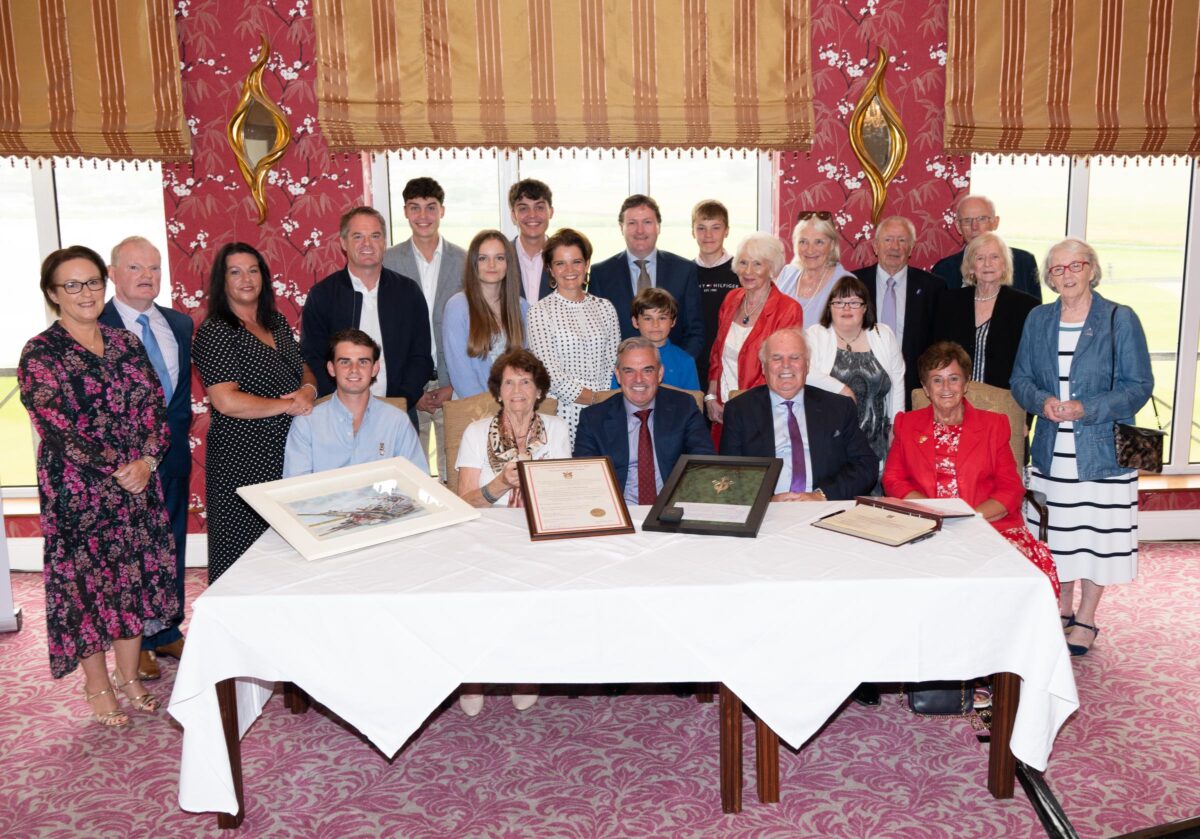 Paul’s family were all gathered at the Rosapenna Hotel on Monday to see him receive Donegal County Council’s highest honour. The special event took place just days before the Irish Legends Tour, hosted by The McGinley Foundation, comes to the village.

Just before the formalities, Paul sat down with Donegal Sport Hub’s Charlie Collins to reflect on his roots in Donegal and his career to date: