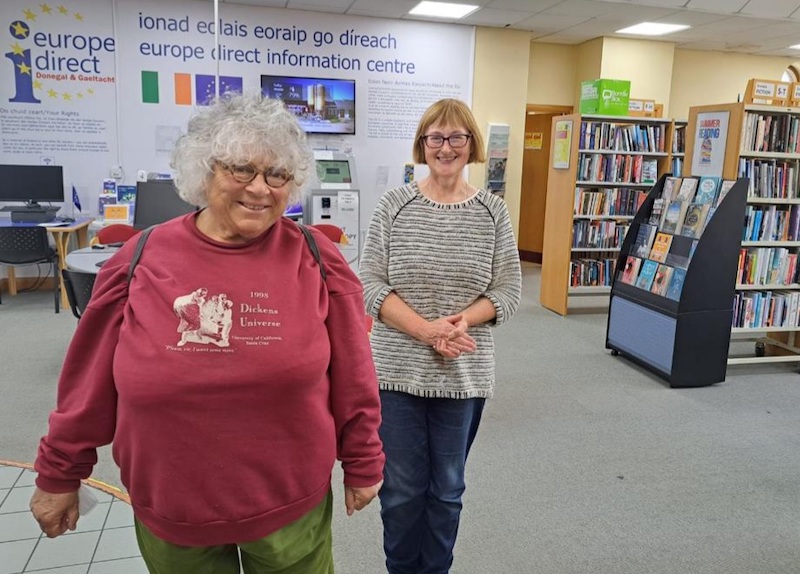 The last place you might think you’d find a Harry Potter star is in a library – at least a library in Donegal!

Well, it’s not because actress Miriam Margolyes dropped in today.

Patrons and staff had a special treat in the Central Library were left open-mouthed when the actress and comedian dropped in.

A spokesperson for the library confirmed that their Head of our Research Department in Letterkenny library got to meet the Head of Herbology in Hogwarts!

You just never know who you’ll bump into in Donegal!