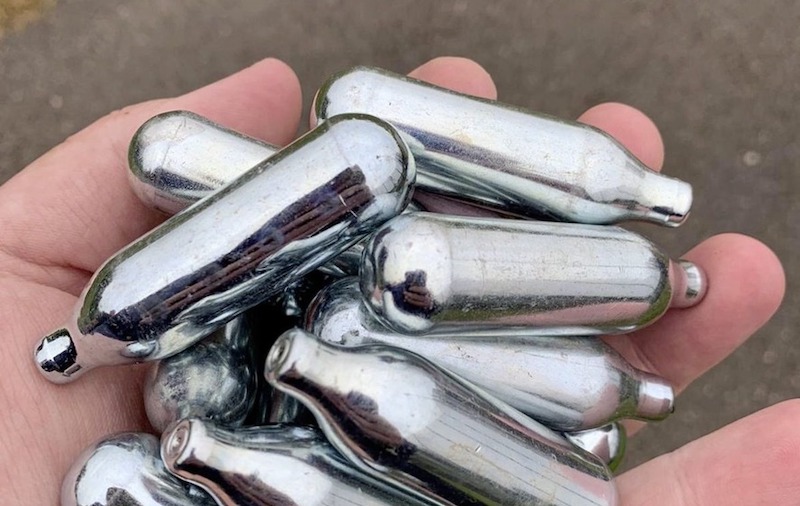 A number of canisters of laughing gas (nitrous oxide) were uncovered by Gardai as part of their raids across Letterkenny yesterday.

A total of eight people were arrested following the raids at various addresses in the town including Lower Main Street.

Donegal Daily understands that several canisters of the gas was found.

The material is not illegal but it is an easy way of getting high and is also known as hippy crack or whippets.

It can easily be obtained on the internet using a credit card and sold on and is becoming hugely popular in Ireland.

In the first half of 2020 Revenue seized two shipments, totalling 14,400 canisters of the gas, which were believed to be destined for the illicit market.

The material was not seized by Gardai in the Letterkenny raids as it is technically not illegal.

Meanwhile, Gardai have confirmed that eight people were arrested during the raids and taken to various Garda stations across Donegal yesterday.

Three remain in Garda custody, one has been released without charge with a file being prepared for the DPP, and the four others have been charged.