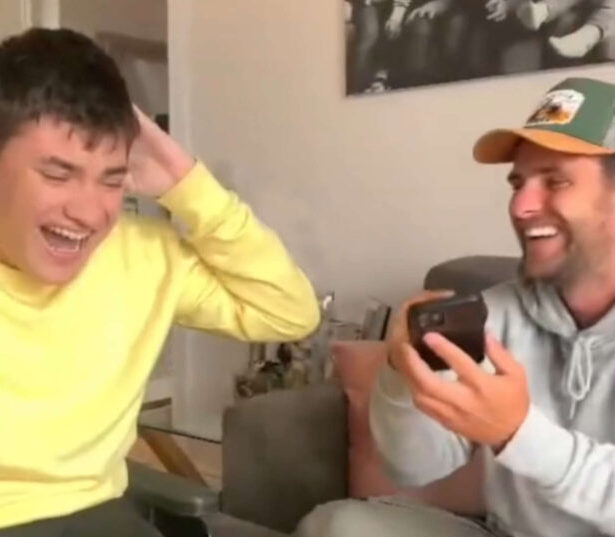 A young Donegal boy’s search to find a toy of one of his favourite television characters has sparked an outpouring of kindness from the Donegal public and beyond.

We revealed recently how Carrigart lad Oisin Roberts Browne is a super-fan of the hit children’s TV show Balamory.

His uncle Eric Roberts wanted to give the sixteen year old, who has autism and cerebral palsy, a toy from the BBC show but failed despite a massive search.

But Eric went even further and managed to get a personal message from the show’s main character Miss Hoolie played by actress Julie Wilson Nimmo from the make-believe Scottish village.

The video of Eric showing Oisin the message from Miss Hoolie went viral!

And so too has the reaction to the video.

This week Eric revealed how a woman who saw Oisin’s video managed to get her hands on a Miss Hoolie teddy and sent it to the delighted teenager.

Here is Oisin’s reaction as he opens the surprise package from kind-hearted Nadine Slavin.

@ericroberts44Finally got the talking teddy ❤️♬ Glimpse of Us – Joji

He added “Oisin was so delighted to get his hands on the teddy. I’ve had hundreds of messages from the public after they saw the video including one from Miss Hollie herself who is sending Oisin a package.

“Our family are so grateful for all the kind messages and support for Oisin. It means so much to us.”

Below is the original video posted by Erik about Oisin.