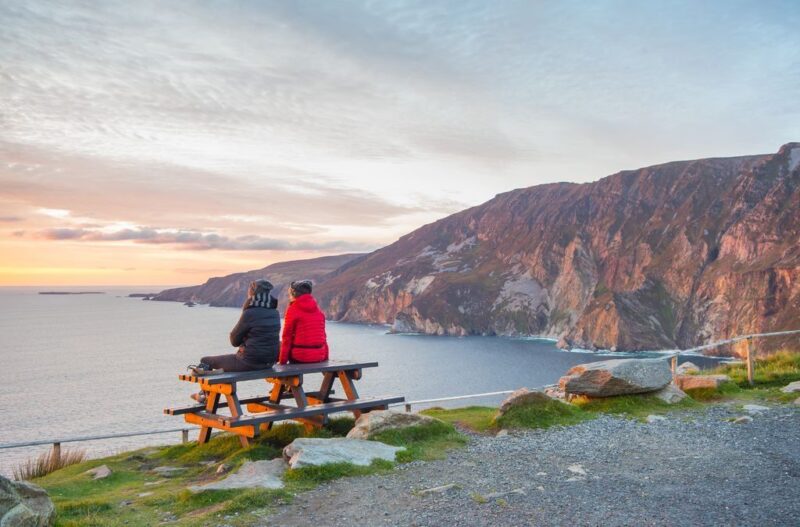 South Donegal has one of highest concentration of Ukrainians – CSO

The south of the county has one of the highest concentrations of Ukrainian refugees in Ireland, according to the latest CSO data.

As of the week ending 7 August, 2,298 Personal Public Service Numbers (PPSNs) had been issued to citizens from Ukraine living in Donegal under the Temporary Protection Directive.

Of these, 945 are based in south and south west Donegal.

The LEA with the highest rate is Ennistymon in Clare.

The number of Ukrainian children enrolled in Donegal primary schools is 246, while there are currently 85 in secondary education in the county. 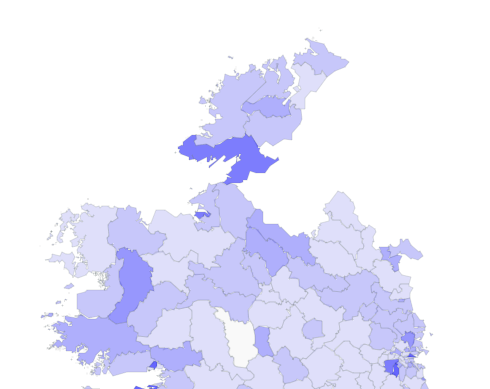 Number of arrivals from Ukraine in Ireland based on PPSN allocations as of 07 August 2022. Source – CSO.

Nationally, over 1,000 Ukrainian refugees are arriving in Ireland every week, according to the CSO.

As of the week ending 7 August, a total of 47,962 Personal Public Service Numbers (PPSNs) had been issued to citizens from Ukraine under the Temporary Protection Directive.

This is an increase of just under 3,300 in three weeks, indicating over 1,000 people a week are coming to Ireland after fleeing the war in Ukraine.

Women aged 20 and over account for 47% of arrivals to date, while children and teenagers aged 0-19 (both male and female) account for 36%.The highest percentage of those arriving (38%) were categorised as ‘One parent with children’ under the broad relationship classification headings used.

Speaking at Knock, Co Mayo yesterday, Ukraine’s Ambassador to Ireland Larysa Gerasko said Irish people had extended the hand of friendship to her fellow Ukrainians and they felt safe here.

There are 1,095 Ukrainians living in 579 private accommodations where the host is in receipt of ‘Accommodation Recognition Payment’ for hosting people from Ukraine.

Earlier this month, the Irish Red Cross said thousands of people who have pledged to house refugees fleeing the war in Ukraine are still waiting for Garda vetting.

Karola Graupner, CSO Statistician, said: “Based on the local post office address through which refugees were seeking assistance from the Department of Social Protection, north inner city Dublin had the highest number of associated arrivals from Ukraine at 1,542.

“Our analysis also shows that the rate per 100 of the population ranges across all Local Electoral Areas in the country from 0.04% to 7.19%. The LEA with the highest rate is Ennistymon in Clare.”

A total of 6,890 children from Ukraine have enrolled in schools in the academic year 2021/22, with 71% of these in primary schools and the remaining 29% in secondary schools.

Dublin has the most number of pupils enrolled in schools at 1,205 while Monaghan has the lowest at 23.

Of the 15,627 arrivals who attended an Intreo event, 11,251 had recorded previous occupations with “Professionals” being the largest group at 33%.

Of the 11,999 persons where the highest level of education was recorded, 68% had achieved an NFQ level equivalent to 7 or higher.