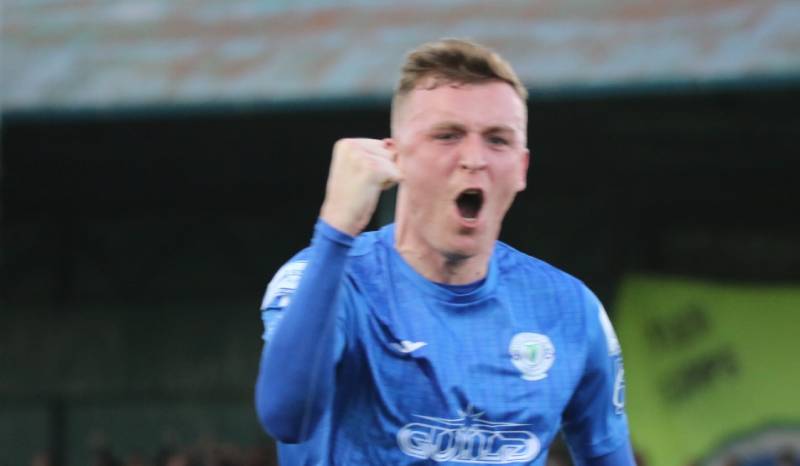 The 10 men of Finn Harps held on for a massive three points over Sligo Rovers with a 3-2 win at Finn Park.

A thunderous strike from Barry McNamee from 25 yards went in off the post and Harps doubled their lead on the 36th minute when Ryan Rainey headed home from a Gary Boylan corner to make it 2-0 at half-time.

The lead was halved instantly into the second half when Aidan Keena countered from a Harps throw-in.

A Ryan Connolly penalty restored Harps’ two goal lead on the 68th minute, but two minutes later he was given a second yellow card.

Keena made it 3-2 from the spot with 10 minutes remaining but the 10 men defiantly held on. 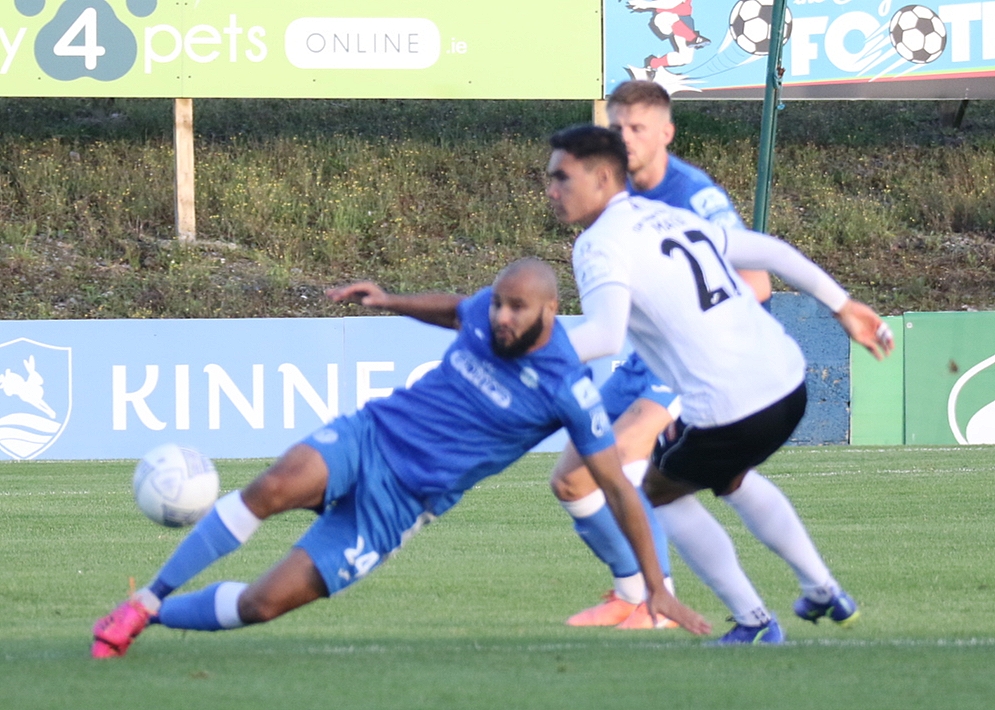 Finn Harps made just one change from the 2-1 loss to UCD, with Rainey returning for the injured Conor Tourish.

Sligo Rovers on the other hand made two changes from their loss to St. Pats last Sunday, as Aidan Keena returns from injury for Niall Morahan, while former Harps player Karl O’Sullivan comes back into the team for Frank Liivak.

And Harps started slow as inside the first two minutes O’Sullivan was denied by James McKeown after Shane Blaney’s header was flicked towards goal and the rebound fell to Lewis Banks but Élie-Gael N’Zeyi blocked the shot.

Banks then found space on the right but couldn’t find Mata as a couple of Finn Harps players were booked, first Rainey then Ryan Connolly, with Ollie Horgan being sent off for protesting the latter. 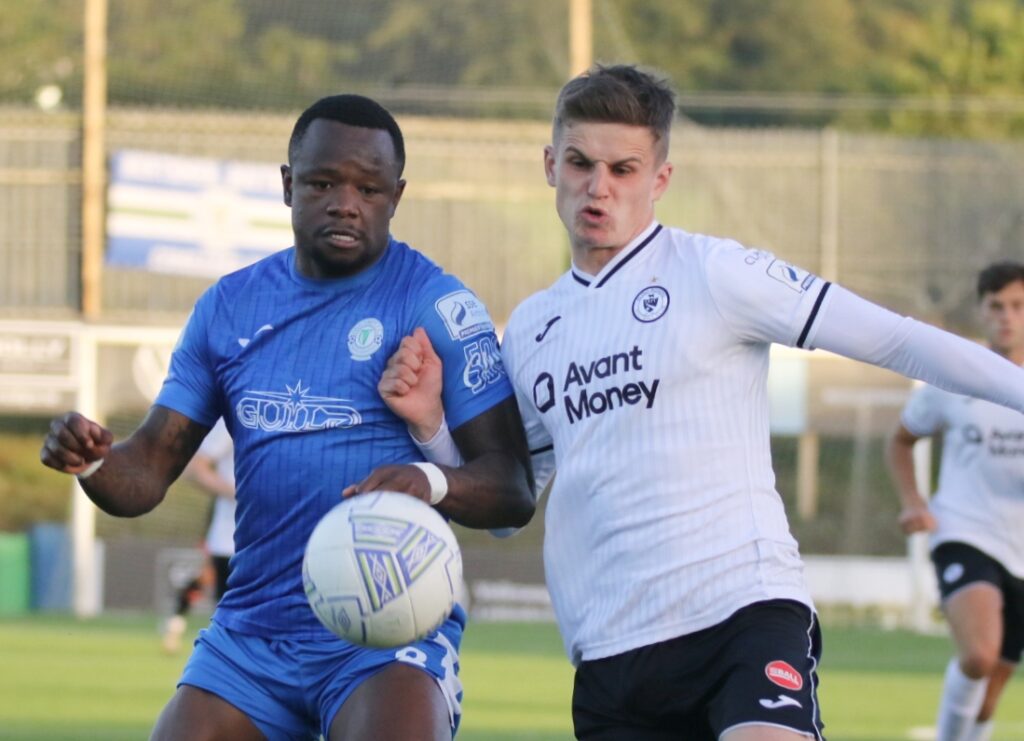 Harps grew into the game after a quarter of an hour and had a couple of chances, firstly through a Rainey header then Filip Mihaljević did well to get a cross away but there were no takers.

But a moment of magic from Barry McNamee followed, as a pass from Mihaljević found McNamee and the Ramelton man took a touch before smashing an unstoppable effort from 25 yards in off the post.

Sligo pressed for an equaliser as Keena shot from far out but McKeown was equal to it. And a couple of long balls to Keena and Mata caused the Harps defence problems but they cleared on both occasions.

And at the opposite end, McWoods put pressure on Nando Pijnaker to win a corner. A Boylan in-swinger was put on a plate for Rainey who headed home in a busy box to make it 2-0.

Harps looked to make it 3-0 as Ryan Connolly found McWoods with McNicholas pressuring, and the American crossed for McNamee but Blaney cleared with the shot goal bound, 2-0 at half-time. 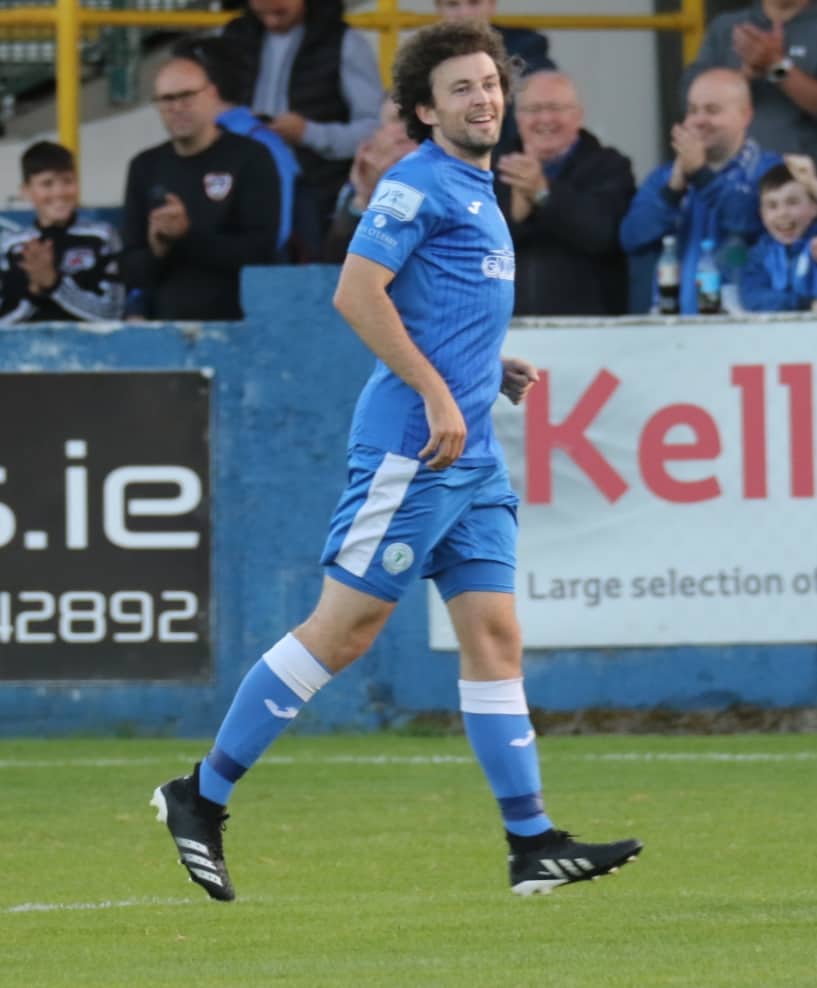 It was the one thing that would’ve been stressed to the Harps players at half-time, not to concede early but the unthinkable happened inside two minutes of the restart.

Harps went forward for a set-piece and O’Sullivan started a quick counter, finding Keena with no defenders near and the Sligo striker finished past McKeown for his 6th goal in four games against Finn Harps this season.

This woke Horgan’s men up and Rainey had a header well saved while McWoods had a shot deflected for a corner, which resulted in a Boyle header going over the bar.

A lack of chances from both sides resulted in a bit of a lull in play but referee Rob Hennessy branded two more yellow cards, this time for Sligo with Mata and Keena going into the book, making it 4-2 to Harps on yellow cards. 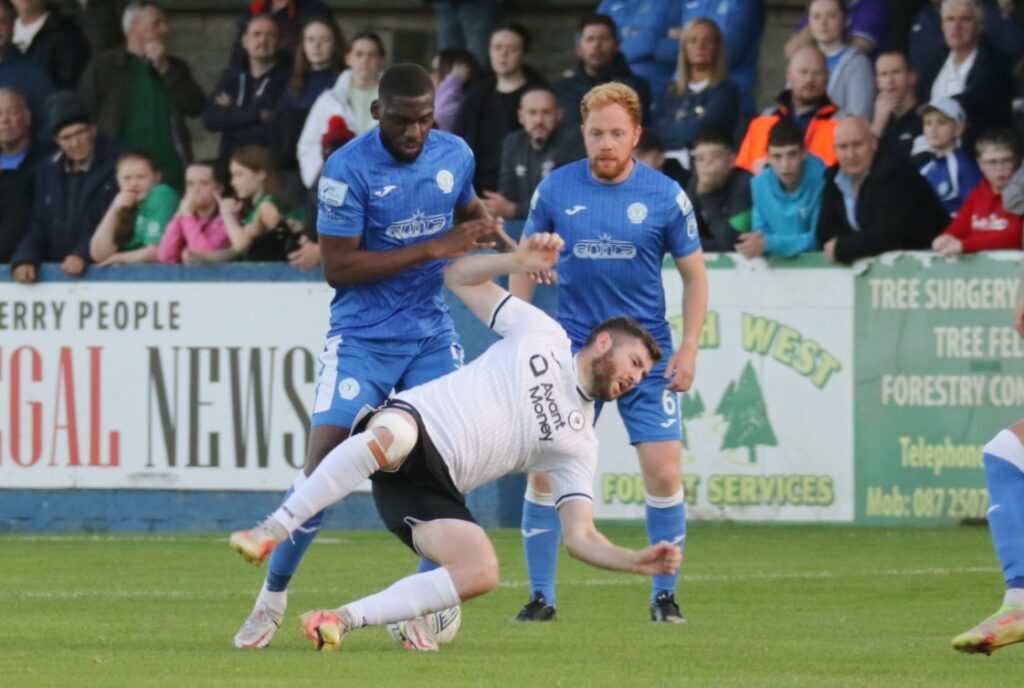 Harps would regain their two goal lead after Will Fitzgerald fouled Rainey in the box and Connolly stepped up, placing the ball into the bottom left corner past Luke McNicholas, 3-1 on 68 minutes.

But less than two minutes later Connolly went from hero to zero as he picked up a second yellow card for a foul on Paddy Kirk.

Sligo with the man advantage began to dominate, with two dangerous crosses coming in and from the second, Frank Liivak was fouled in the box by Boyle.

Aidan Keena stepped up and sent McKeown the wrong way for his 13th league goal of the season with 10 minutes left on the clock. 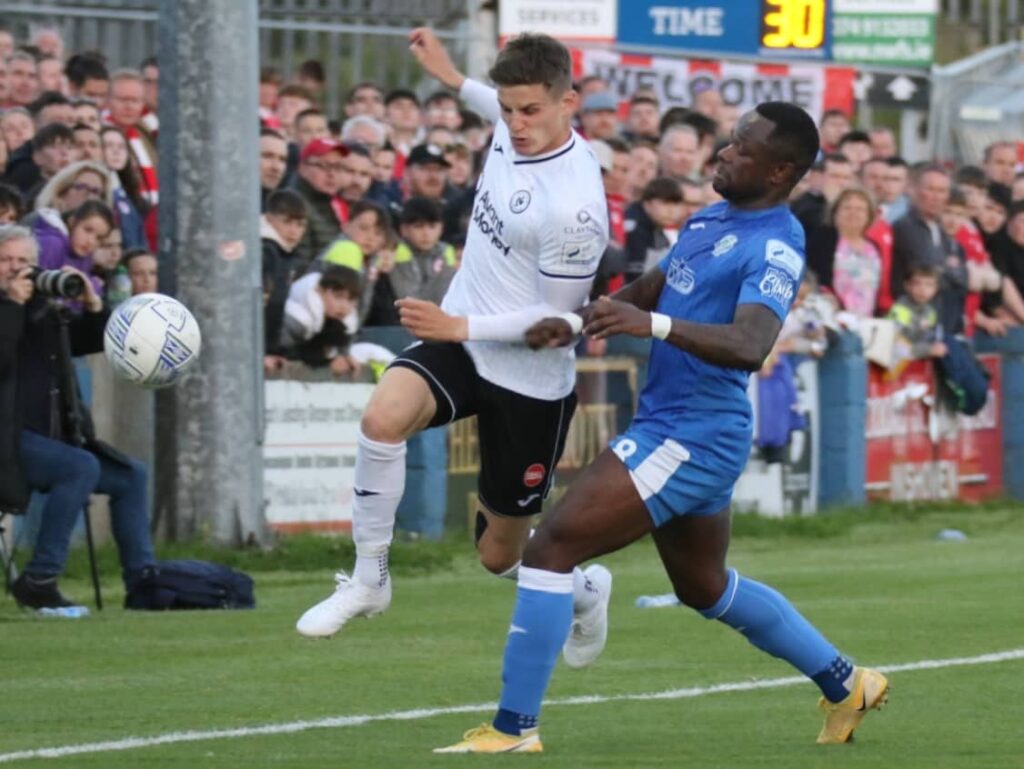 Kailin Barlow came into the game late for the away side and had an effort go wide, not troubling McKeown.

O’Sullivan then crossed for Barlow and his header was better than his previous effort put McKeown was grateful to hold his attempt.

Donegal man Shane Blaney had two late chances, first from a free-kick which was blocked and then a free-kick crossed in to him at the back post but it seemed to hit him, not knowing much about it as he headed over.

Harps held on into the 96th minute to win 3-2 with the biggest roar of the night coming at the final whistle from the relieved Harps fans, as they move back ahead of UCD and into 9th. 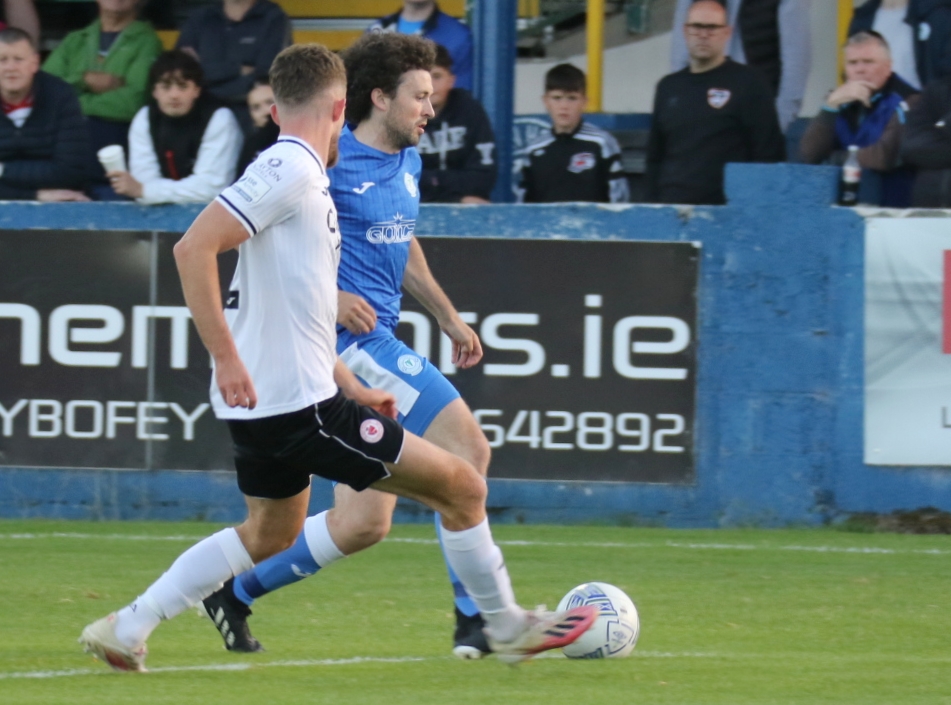