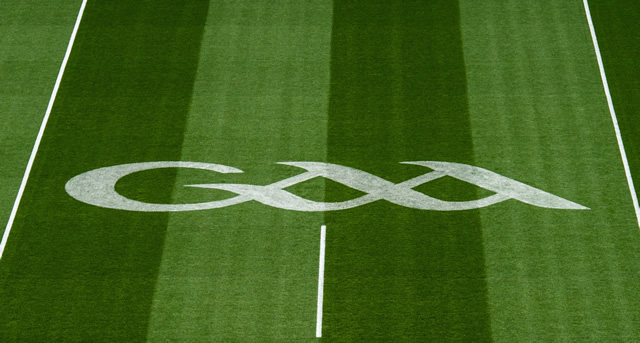 The result of the back-log game between Downings and Red Hughs which is due take place on Wednesday night next, 24th August will provide a clearer picture as to which teams will make up the top eight in the Intermediate Championship.

Buncrana, Dungloe and Termon are already through and despite their defeat by Downings on Sunday, Naomh Columba on four points should also make it through to the Quarter-Finals with the final series of matches still to be played next Saturday evening.

Teams in contention for the other four places available are Naomh Mhuire, Fanad Gaels, Burt, Red Hughs, Downings and Convoy.

Malin and Naomh Brid, having lost all three fixtures so far are certain to finish in the bottom four relegation play-off places.

On Saturday Malin lost at home for the second week in a row, losing three points to Dungloe , Matthew Ward 1-01, Oisin Bonner 0-03 and Dylan Sweeney 0-03 topped scored for the visitors, Christy McLaughlin with 1-02 and Matthew Byrne 0-04 kept Malin in touch but Dessie Gallagher’s team ran out winners by 1-10 to 1-07, to ensure a last eight spot.

In other games both Buncrana and Termon came from behind at half-time to beat Red Hughs and Burt respectively.

Buncrana trailed Red Hughs by 0-07 to 1-06 at the break but with the wide at their backs ran out easy winners in the end by 2-17 to 1-08, to make it three wins in a row and a last eight spot secured. Buncrana’s final game is away to Naomh Columba.

At Hibernian Park Termon found themselves five points down to Burt at half-time , 1-03 to 0-01 having played into a very strong wind. However they turned it around in the second-half , scoring eleven points and only conceding one score, a goal that kept Burt in touch. Daire McDaid with 0-05 and Steven Black 0-03 got the bulk of their scores between them.

Gaeil Fhanada snatched a draw from the jaws of death with a injury-time goal from Paddy Carr against Naomh Mhuire at The Banks. The home side had led by 0-08 to 0-03 late in the game but two Mark McAteer points had given the visitors hope and Carr’s last grasp goal earned them their second draw and with a home game against Burt to come a top eight finish is still possible for Barry Meehan’s battlers, who came from six down to earn a draw against Termon in their opening game.

Naomh Mhuire face a tough final fixture, a visit to Rosses Park to meet already qualified Dungloe in a big local derby. The three points they have already secured might be enough to get them through but Danny O Donnell’s team will be keen not to have to depend on other results.

St. Mary’s of Convoy got their first win beating Naomh Brid by 1-09 to 0-09 , John Toye’s early goal proving vital in a well contested game. The victory keeps alive their outside chances of reaching the last eight, but they will have to beat Red Hughs in their final game to have any hope of avoiding a bottom four finish.

A clearer picture will emerge after Wednesday’s meeting between Downings and Red Hughs.

Downings will go into that game with confidence high after their hugely impressive victory over Naomh Columba on Sunday. Johnny McGroddy 0-07 , Keelin McGroddy 0-03 and Lorcan Conner 1-01 were in brilliant form as they comfortably beat Naomh Columba, despite having Paddy McElwee sent off in the first half.

With Red Hughs visiting on Wednesday followed by a trip to Naomh Brid the Division Two league winners are on course for the last eight it would seem.

Final Round of Fixtures: