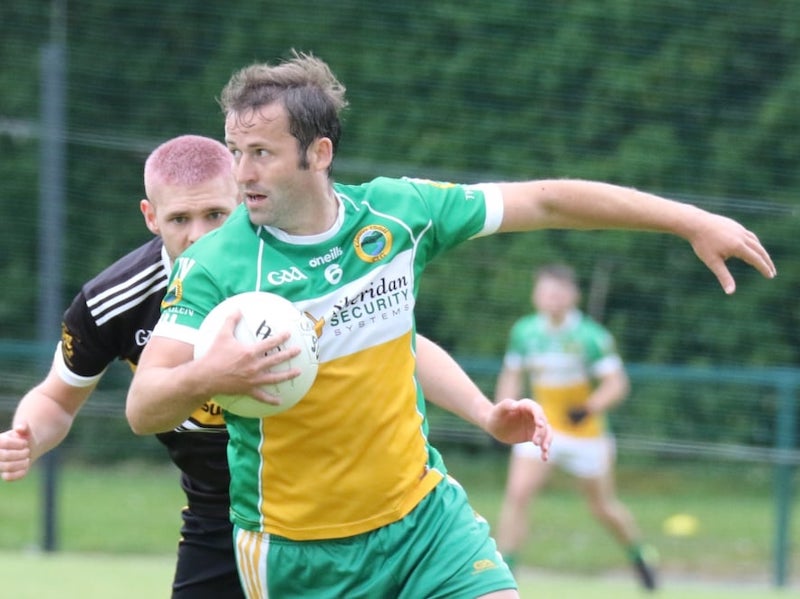 Glenswilly ensure no slip-ups as they overcome St Naul’s

Glenswilly ensured there was not going to be any more slip-ups against St Naul’s when they ran out comfortable winners at Gerard Gallagher Memorial Park this afternoon.

But this impressive team performance made sure there was going to be no repeat performance of that today.

Indeed ten of Glen’s players managed to get on the scoreboard today, emphasising that they don’t always have to rely on talisman Michael Murphy.

Glenswilly were cruising at half-time on a scoreline of 1-8 to 0-3.

The visitors raced into a five point lead early on with scores from Michael Murphy, Kealan Dunleavy and Caolan Kelly before scores from Caoimhin Marley and Shane McDaid pushed them even further ahead.

The Crawford brothers, Oisin and Ruairi, combined to snatch a goal for Glenswilly to put them into a commanding lead.

First half points from Stephen Griffin, Lowther and Peader Mogan kept any hopes St Nauls had of staying in touch with Glen.

Glen were dealt a blow just before half-time when their long-time servant Caolan Kelly was red-carded for what appeared to be an off-the-ball incident.

The second half saw Mogan and Griffin grab two early points for the home side but Glen soon replied with two of their own.

The decisive score came in the 44th minute when Jack Gallagher combined with Shane McDevitt, a move which resulted in Gallagher powering through the Naul’s defence and crashing into the back of the net to make it 2-10 to 0-7.

Both teams tagged on a number of points thereafter but Glen always had the upper hand and ran out on a scoreline of 2-12 to 0-13.