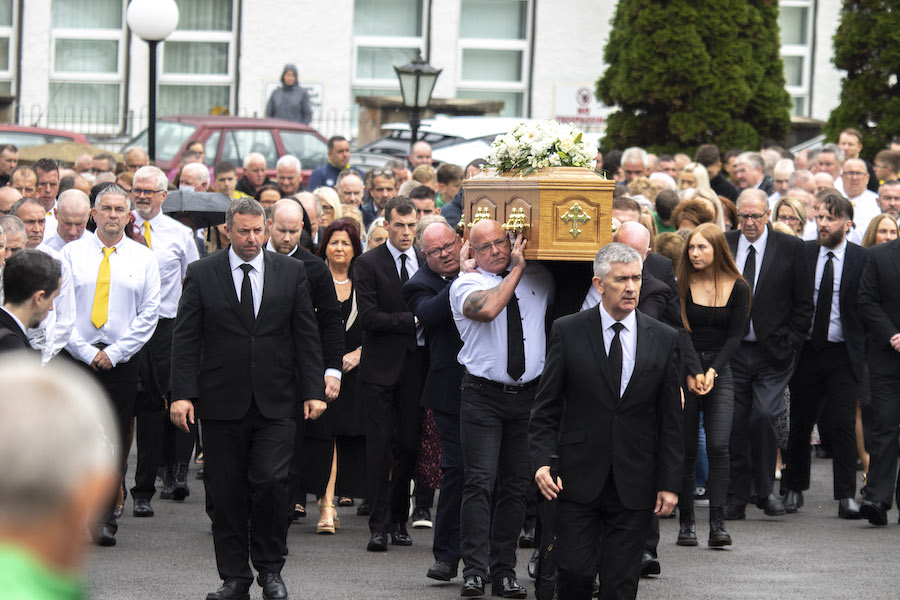 The funeral of the late Martin Duffy has heard how doctors and nurses battled to save his life after he got into difficulty while swimming on holiday but it was not meant to be.

The popular lecturer and football official was buried following his funeral mass at St Patrick’s Church in Murlog, Lifford today.

Hundreds of mourners gathered at the church to say a final farewell to the father-of-three who died tragically in Greece on August 8th last.

Martin, who was in his 50s, was a lecturer at the North West College in Derry but will be fondly remembered for a lifetime of volunteering in sport including many years with his beloved Deele Harps.

Members of Deele Harps and the Donegal Schoolboy Board formed guards of honour outside the church today as Martin’s remains were brought to the church.

Among the mourners were Martin’s beloved wife Marie and children Nicky, Jordan and Jade as well as grandchildren Eli, Bonnie and Nate and extended family and friends.

A picture of Martin, a jersey and a soccer ball were among the items brought to the alter as offertory gifts to honour his life. 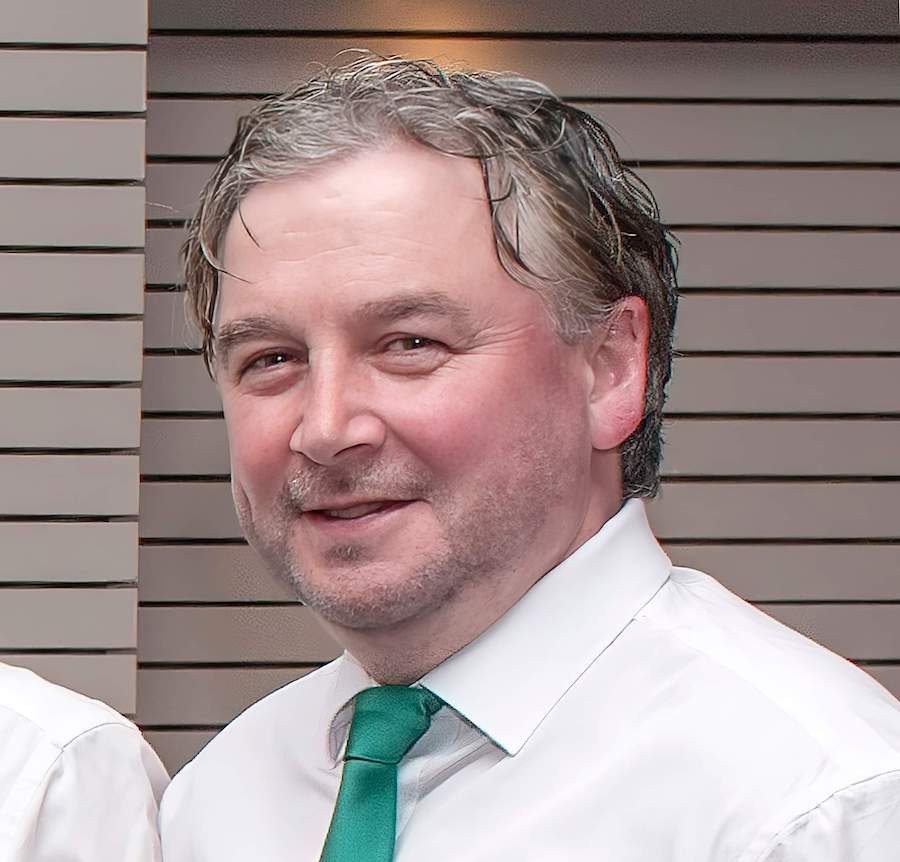 Family friend, Fr Frankie Lynch, who celebrated the funeral, said all that could be done was done to save Martin but it was not to be.

He revealed “”Martin’s life was cut short. He died too soon out in Greece on what should have been a quiet holiday before the new academic year began.

Fr Lynch told how Martin and wife Marie first met when he was on stage as a child in a local hall and she spotted him and told a friend he was the man for her.

He said “He also loved his wife. They were made for one and other. He will be very sorely missed not least of all by Marie, the love of his life, and his children too young to lose their daddy but by all who knew the man who was Martin Duffy who was always cheerful, full of life, a joker to the end.

“When I asked someone what they thought of him the response was “Well, Martin was Martin.” Martin spoke directly about anything he believed in. Surely this big crowd today is a living witness to the respect in which he was held.”

He said Martin had a special place in his life for his three grandchildren whom he used to sing to and bounce up and down on his knee.

Outside of his family soccer was the other love of Martin’s life.

Indeed members of the Football Association of Ireland Trevor Scanlon and Brian Dorrian were present as was Finn Harps manager Ollie Horgan.

Fr Lynch added “His love and enthusiasm for football is legendary. He ate, slept and drank football keeping Deele Harps on the field keeping soccer alive not only in the Deele Valley but in the valleys around it.

“He was an avid Celtic supporter. Nearly all of his conversations were about football.”

He added that Martin’s sudden and unexpected death will continue to be felt in the area for many generations to come.

“The devastating news reached the Clonleigh parish and indeed beyond and all of us have been numbed by the shock eversince.

“His death will reverberate in generations to come of the Duffy and Friel families.”

Martin was laid to rest in the adjoining cemetery.

Funeral of popular Martin Duffy hears how all was done to try to save him was last modified: August 23rd, 2022 by Staff Writer
FacebookTweetLinkedInPrint