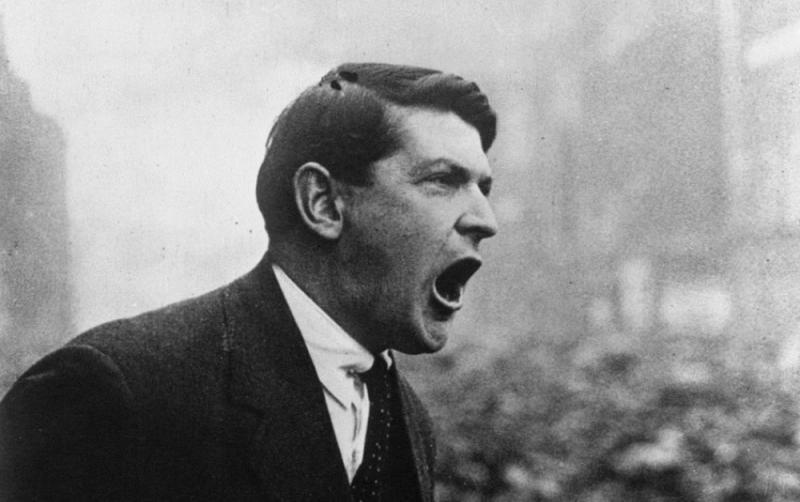 Members of the Collins family will attend an event to mark the centenary of the death of General Michael Collins in Cathal Brugha Barracks in Dublin later today.

General Collins was shot dead during an ambush in Béal na Bláth in Co Cork on August 22, 1922.

Yesterday, the Taoiseach and Tánaiste addressed a crowd of thousands who gathered at Béal na Bláth to commemorate the centenary.

Some of his relatives will visit the Defence Forces Military Archives at Cathal Brugha Barracks and visit the barrack museum, which is home to General Collins’ death mask.

Also on display is his desk, the flag that draped his coffin, and his colt 45 pistol.

The event will include an address by Brigadier General Tony Cudmore and Mary Clare O’Malley, grandniece of General Collins.

This will be followed by a wreath laying ceremony, a minute’s silence, playing of the national anthem and an Air Corps fly past.

The anti-Treaty IRA had been comprehensively defeated in its attempts to hold cities and towns against the pro-Treaty National Army. First Dublin had fallen, then the cities and towns of Munster were captured.

The IRA Chief of Staff Liam Lynch, ordered a return to the guerilla war tactics of the War of Independence, with a heavy emphasis on ambushes of Free State troops and convoys.

Michael Collins, Commander-in-Chief of the National Army, was on a tour of inspection of West Cork on 22 of August.

He travelled with a small convoy, an armoured truck, an armoured car, an open Touring Car, and a motorcycle, maybe twenty men in all.

On his journey into West Cork that morning, he was spotted going through Béal na Bláth by an IRA scout, and an ambush was planned.

Michael Collins’ convoy then made the fatal mistake of travelling back by the same road that evening, and ran straight into an ambush at Béal na Bláth.

The IRA unit mounting the ambush had actually begun evacuating the position, after it was decided the convoy would not after all be coming back that way.

Only a few men were left in the ambush position when the convoy appeared.

In an intense exchange of gunfire, Michael Collins was shot through the head and died almost instantly.

His death meant that the two most senior men on the pro-Treaty side, Arthur Griffith and Michael Collins, had died within ten days of each other. Their places were taken by WT Cosgrave and Richard Mulcahy.

The events at Béal na Bláth ushered in a new and even more bitter phase of the Civil War, with the IRA mounting a campaign of assassination against government ministers and TDs, and the Provisional Government passing legislation to allow for the execution of anyone found carrying weapons against the Free State.