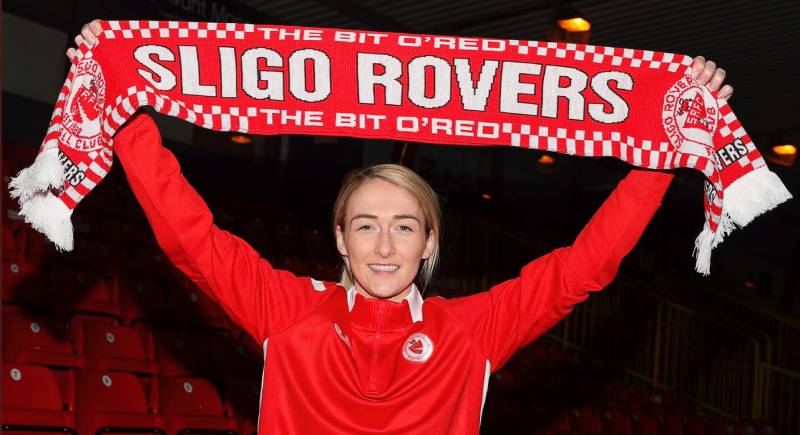 Paula McGrory scored twice at the weekend as Sligo Rovers were defeated 3-2 by Cork City in the Women’s National League.

It was a first Women’s National League goal for the Buncrana native and two came at once, as she equalised in the 16th minute as her shot from 30 yards caught out Abby McCarthy as it went in off the post.

Sligo Rovers have gotten a goal back at Turner’s Cross!

Paula McGrory with the strike from range to bring her side level 🎯#WNL | #LOITV pic.twitter.com/fRTR8XnzFT

The former Illies Celtic player made it 2-1 on the hour mark as she cuyt in from the right hand side of the box and finished into the far corner with a left foot curler.

It’s a second for Sligo and it’s Paula McGrory once again!