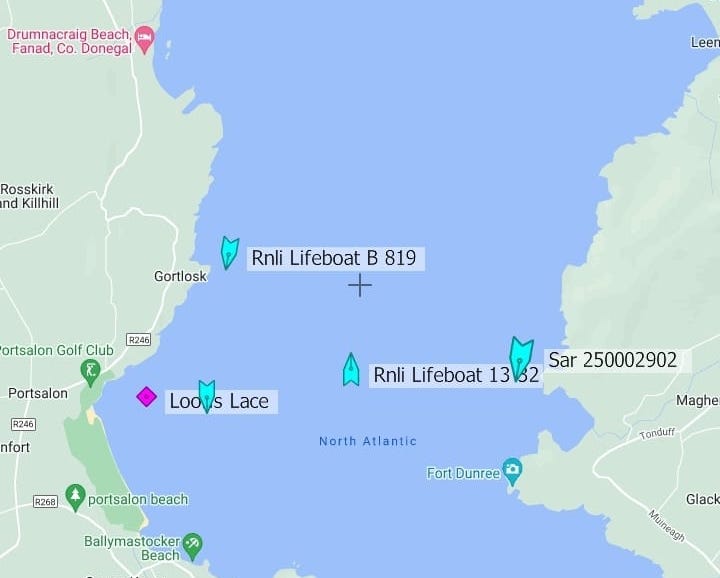 A full scale search of Lough Swilly has been called off after the owner of an abandoned kayak contacted emergency services.

A full-scale search had been launched late this afternoon after the kayak was found floating in the water.

The search involved a number of rescue vessels and the search was co-ordinated by Malin head Coastguard.

Malin Coast Guard has appealed to anyone who may own or recognised the kayak to please get in touch as a matter of urgency by dialing 999 or 112 and asking for the Coast Guard.

Numerous Search and Rescue assets were involved in what was described as an extensive search of Lough Swilly.

HOwever, the owner of the kayak later contacted the emergency services and the search was scaled down.

Malin Head Coastguard asked anyone who owns a kayak of dinghy to keep a record of it if is lost.

“If it is found we can contact the owner directly without having to launch multiple search and rescue assets thinking someone is in trouble,” said a spokesperson.

A similar search was launched in Glen two weeks ago when an abandoned tent was found.

The owner later contacted the emergency services and a search was called-off.