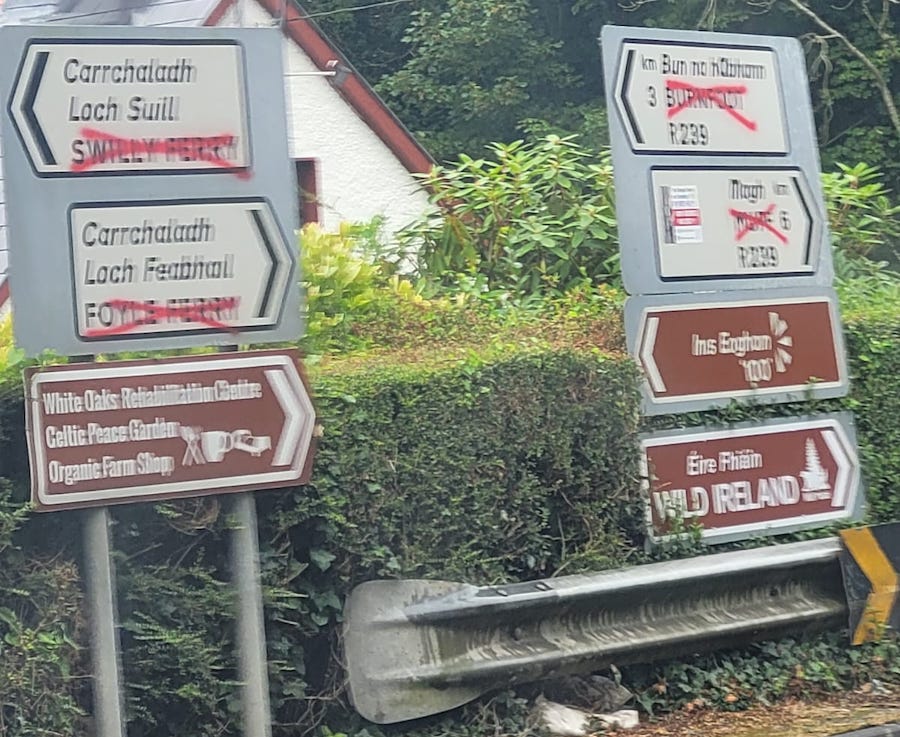 Gardai have confirmed they are investigating the daubing of red spraypaint on placename signs across the county.

The attacks consists of red paints scrawled over the English name of the town or village leaving just the Irish name to be read.

A spokesperson for the Garda Press Office confirmed to Donegal Daily the incidents are now being investigated.