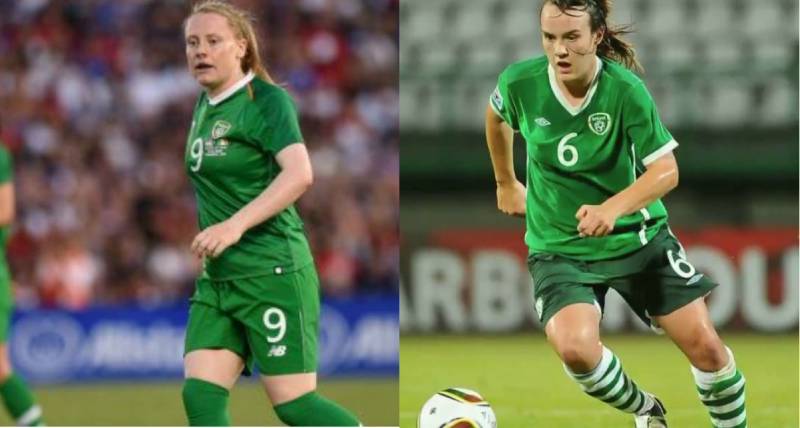 Two Donegal women have been named in the Republic of Ireland squad for their massive World Cup qualifier matches.

Amber Barrett and Ciara Grant have both been named in Vera Pauw’s squad for their games against Finland and Slovakia next month.

Barrett, who has 30 Ireland caps, recently joined German side Turbine Potsdam in the Frauen Bundesliga after a couple of seasons with Köln in the same division.

Grant meanwhile, signed for Hearts in the Scottish Women’s Premier League this summer, becoming the second ever full-time signing at the club.

Grant joined Rangers from Shelbourne at the start of the year and was part of their side that went unbeaten in the 2021/22 league campaign.

Ireland sit in 2nd place in Group A and are looking to confirm second place and the World Cup play-off spot, with Sweden already confirmed as group winners.

Ireland have 11 points with two games remaining, one point ahead of Finland who they welcome to a sold out Tallaght Stadium on Thursday 1st September.

Should they win that game, they will be guaranteed a World Cup play-off semi-final against one of the other four Group runners-up, with the top three runners-up, based off points, going straight to the play-off final.

A draw against Finland would see The Girls in Green travel to Slovakia on the 6th September needing a win, while Finland host Sweden.