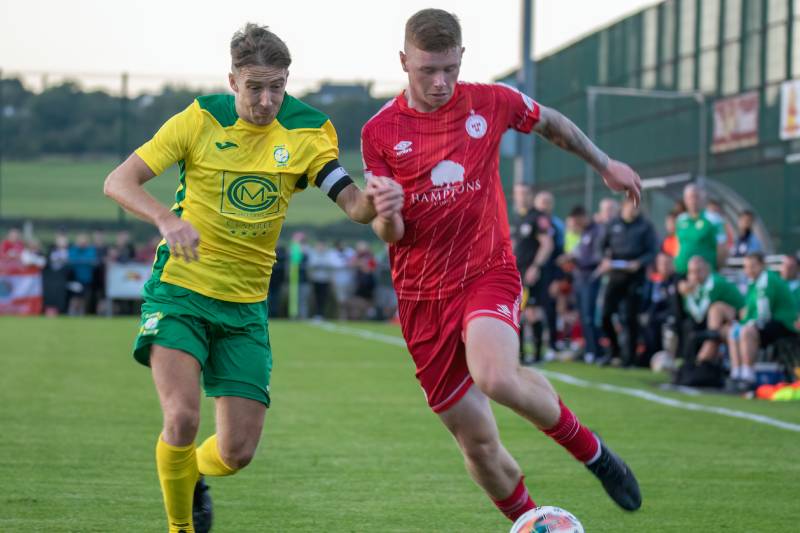 Bonagee United were knocked out of the FAI Cup Second Round with a 4-0 loss to Premier Division outfit Shelbourne at Dry Arch Park.

Bonagee were dealt a tough blow as Joshua Giurgi made it 1-0 with a great volley in the 48th minute of the first half.

The Reds quickly made it 2-0 in the second half through a Dan Carr header and Jack Moylan made it 3-0 with a chip on the hour mark.

Carr poked home to make it 4-0 as the Dublin club advance to the quarter-final.

Bonagee defended well but the lack of match fitness compared to Damien Duff’s energetic young side was always going to be a factor and it kicked in in the second half. 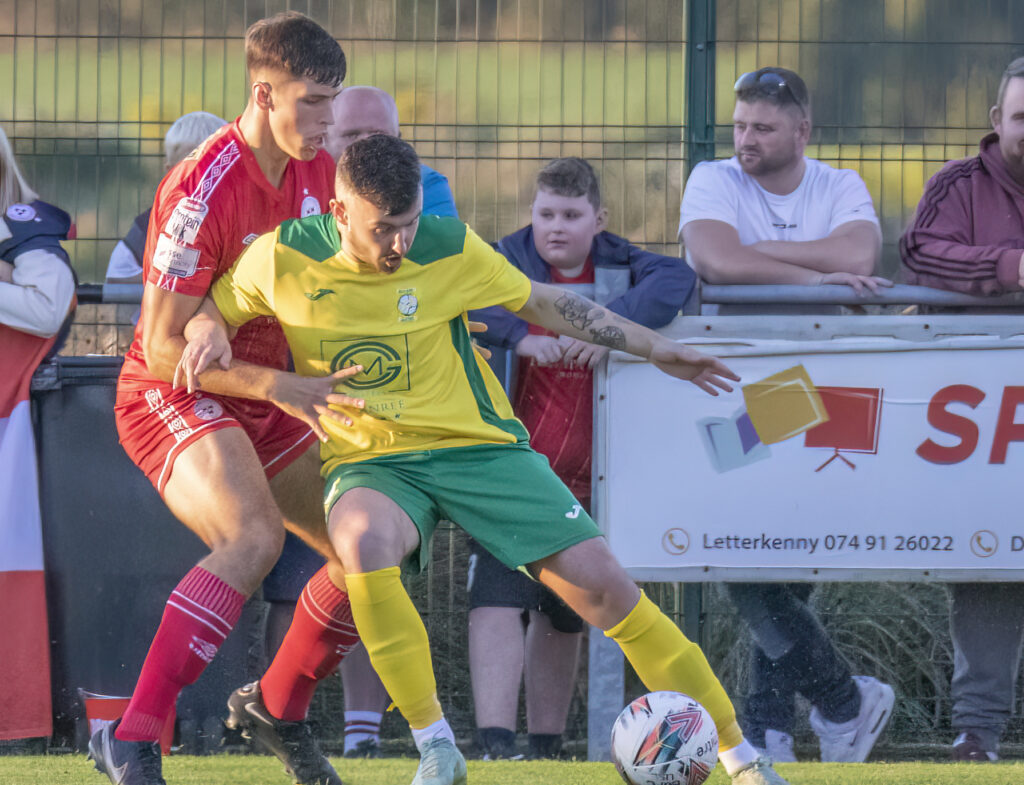 It was always going to be a difficult ask for the Donegal side, having no competitive fixtures in recent months other than their 6-0 win over Pike Rovers.

Jason Gibson made one change from that win, as Jack Parke returned to the side in place of Peter Carr.

Shelbourne meanwhile made seven changes from the team that drew 1-1 with Bohemians, with only Gavin Molloy, JR Wilson, Shane Farrell and Matthew Smith retaining their starting spot.

Bonagee pressed well and weren’t shy of getting close to the Premier Division side, side in Tony McNamee’s tough challenge on Shane Farrell that earned him a yellow card in the first minute.

Shelbourne threatened in the opening 20 minutes but all from crosses and set pieces, as Wilson had a header blocked while Stephan Negru and Smith both headed over the bar. 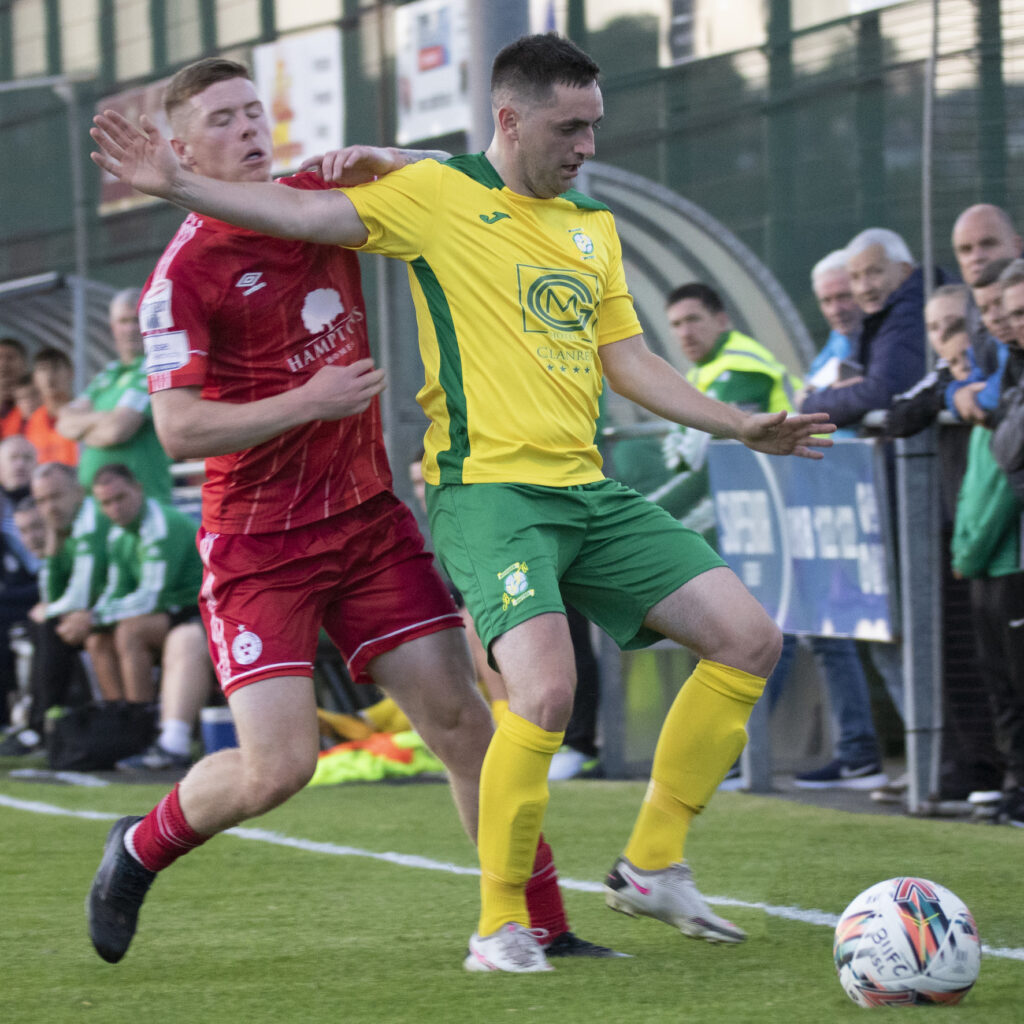 Farrell never recovered from that opening tackle and Jack Moylan came on to replace him, proving a thorn in Jason Gibson’s side in multiple occasions.

First he weaved into the box playing a 1-2 with Wilson before shooting, forcing a great save from Oisin Cannon.

The resulting corner was then headed towards goal by Negru but Cannon saved well and Wilson shot wide from the rebound.

On the half hour mark Moylan hit the side netting after being played through by Smith and he then had a header go wide from a Joshua Giurgi cross.

Moylan thought he had a penalty before the end of the 45 minutes when he went down in the box but Oliver Moran waved away the claims and Wilson fired over. 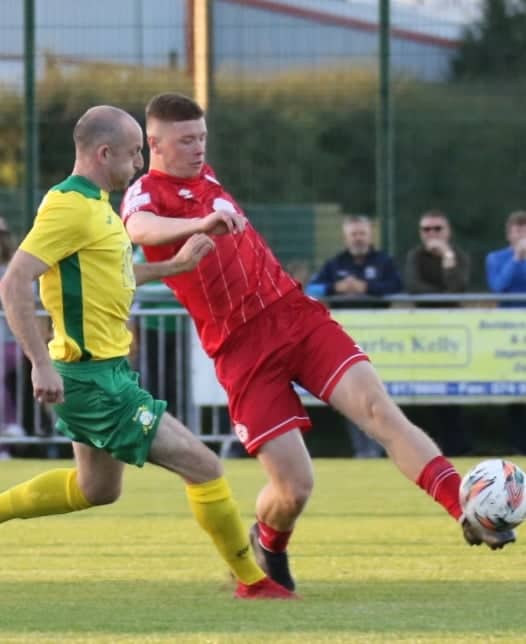 But a sucker punch for Bonagee on the stroke of half-time happened when Stephen Black went down hurt after the ball went out of play. The Reds played on and Moylan crossed to find Giurgi at the back post and the 20-year-old fired a low volley in off the post.

Bonagee fans and players alike were unhappy with the decision to continue play with Black down injured, especially when he was unable to continue in the second half.

Shelbourne continued to dominate in the second half with Molloy having a shot from 30 yards go just wide before Dan Carr missed a header he would have been disappointed not to score with.

But within two minutes, Kameron Ledwidge crossed for Carr and he rose highest to head into the corner of the net.

It was game over on the hour mark when a long ball fell to Moylan and he chipped over the advancing Cannon to make it 3-0. 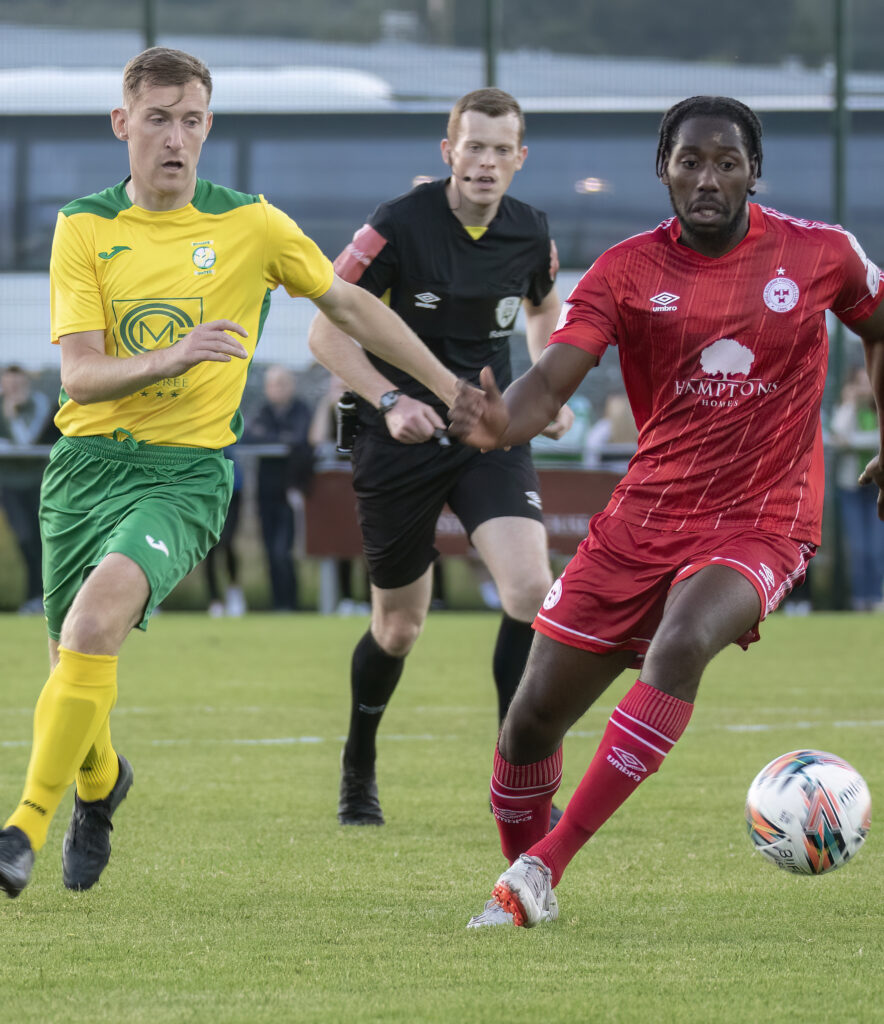 Carr added to his tally on the night after a cross on the right deflected through to the striker and he poked home.

Bonagee could’ve made it 4-1 when Scott Van Der Slius passed the ball straight to Tony McNamee who squared to Deano Larkin but the substitute fired wide, their first real chance of the net.

Molloy almost made it five but his header from a corner came off the crossbar and stayed out.

Shelbourne controlled the remaining quarter of the game as Bonagee bow out of the cup at the last 16 stage with a 4-0 defeat, but a great experience for the side. 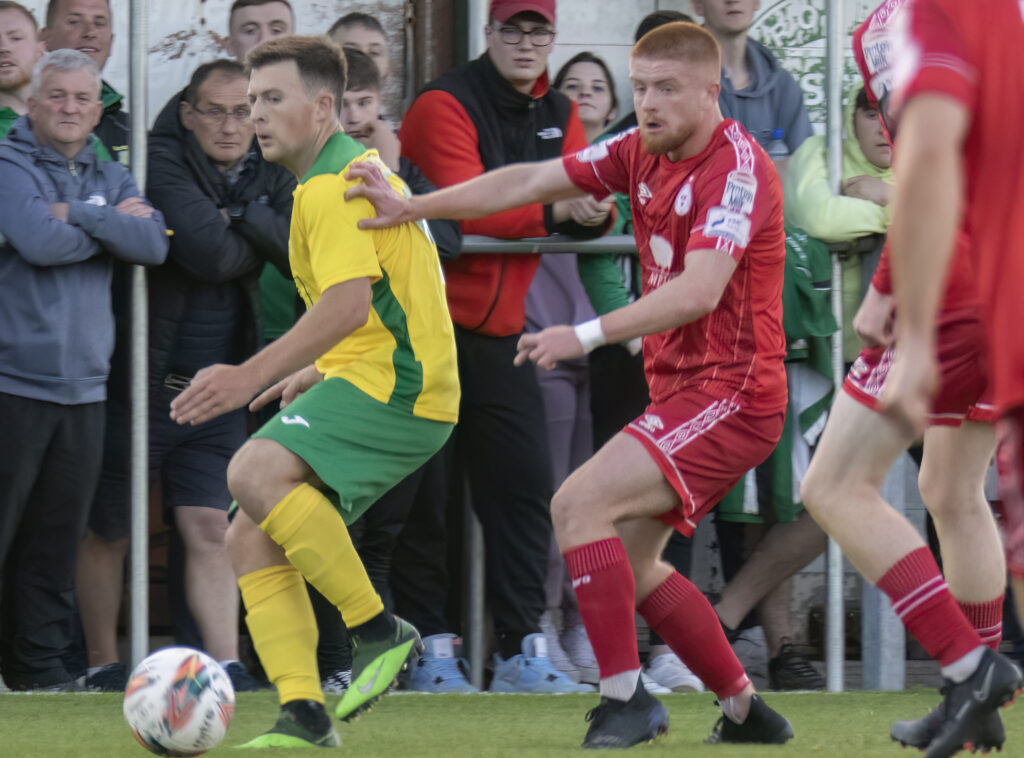