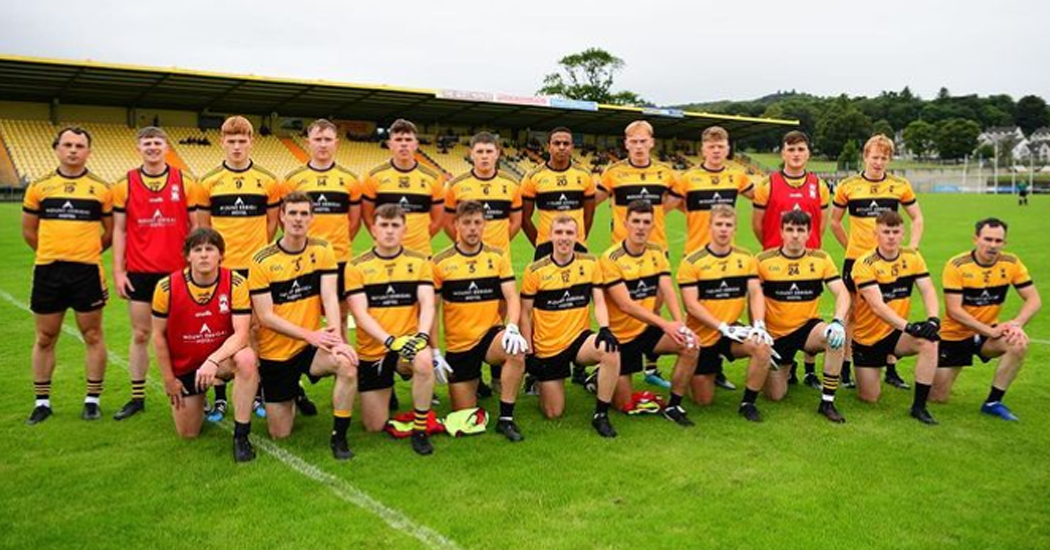 Defending champions St.Eunan’s recorded another comfortable win to confirm their place in the Quarter-Finals of this year’s championship.

After wins over St.Nauls and Bundoran the visitors, Cloughaneely found themselves under pressure right from the start, as the home side without Niall O Donnell, Conor O Donnell Snr, Darragh Mulgrew and Aaron Deeney but Kieran Tobin restored after his return from the USA to their starting line-up, set a blistering pace.

Cloughaneely replied with points from Shaun Curran and Paul Sweeney but Eunans hit back with another four points in a row. Eoin McGeehin, Brian McIntyre, Padraig McGettigan and Kieran Tobin all scored from play to leave it 0-08 to 0-02 after 16 minutes.

It was another six minutes before we had the next score and it was a big blow for the visitors as Ciaran Moore finished off a good St.Eunans move by blasting the ball into the roof of the Cloughaneely net and the lead was out to nine points and a mountain for the visitors to climb.

Eoin McGeehin and Shaun Curran exchanged points and then on the stroke of half-time Clash got a badly needed boost when Blake McGarvey fisted Ciaran McGeady’s dropping ball past Shaun Patton to leave the half-time score 1-09 to 1-03 in St.Eunans favour.

Eunans started the second-half as they had the first, scoring three quick-fire points, all from Eoin McGeehin, two from frees.  Jason McGee replied with a long range free but points from Sean McVeigh and Shane O Donnell stretched the lead out to ten points, 1-14 to 1-04, ten minutes into the second half.

St.Eunans continued to knock over the points, Eoin McGeehin added two frees to bring his total to 0-08, sub Conor O Donnell Snr kicked one from play, Conor 0 Donnell Jnr brought his total for an excellent day’s work to five, and another sub Oran Winstone also pointed.

Cloughaneely, to their credit, kept trying and were rewarded with a second goal, a cool finish from Paul Sweeney, a third Shaun Curran point, and scores from Mark Harley and Jason McGee as St.Eunans won by 1-20 to 2-07.

One round of games still to go but St.Eunans are assured of a top eight finish while Cloughaneely now look certain to finish in the bottom eight to face the challenge of retaining Senior status.