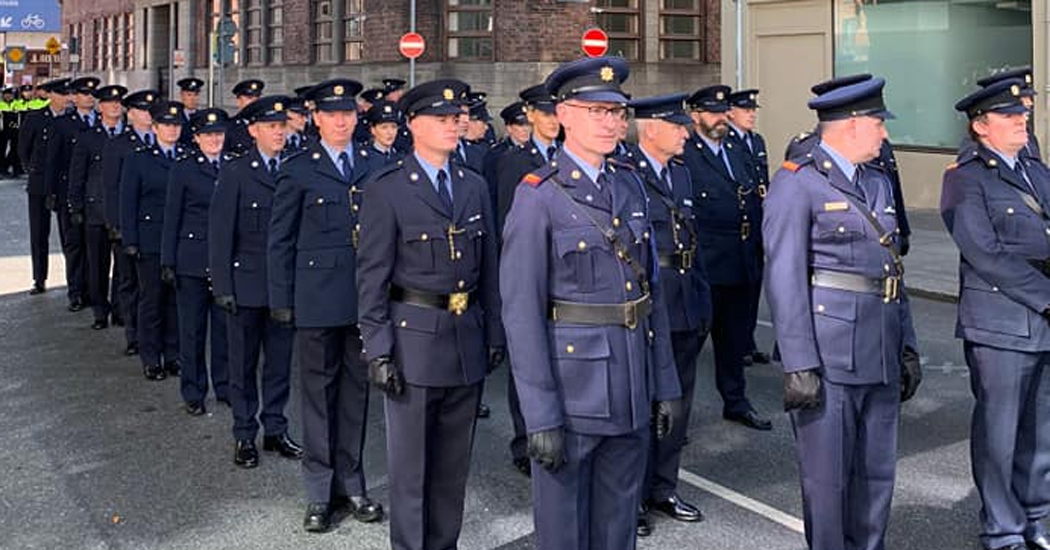 Garda members from the Donegal Division enjoyed special moments at the National Centenary Commemorative Event at Dublin Castle this morning.

The major event saw approx 450 gardaí retracing the steps taken by the first garda commissioner Micheal Staines and his force in 1922 as they marched to Dublin Castle for the handover of power from the British administration.

Dublin Castle at the time of its transfer had long served as a base for policing in Ireland, and it continues to do so to this day with several key operational units based within the Castle walls. 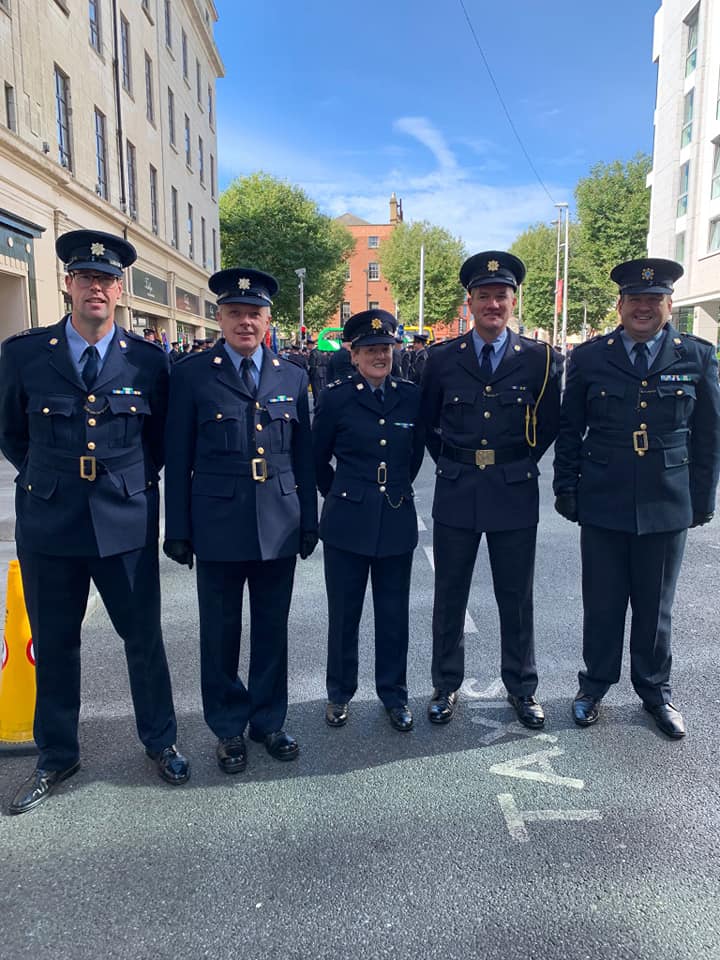 Members attended a parade which extended from the Gresham Hotel and conclude in the grounds of the Dublin Castle to mark the foundational moments of An Garda Síochána’s existence.

A ceremonial event followed to commemorate the thousands of Gardaí to have been sworn into the service’s ranks over the past 100 years, as well as the many changes and developments to the organisation that have taken place in the interim.