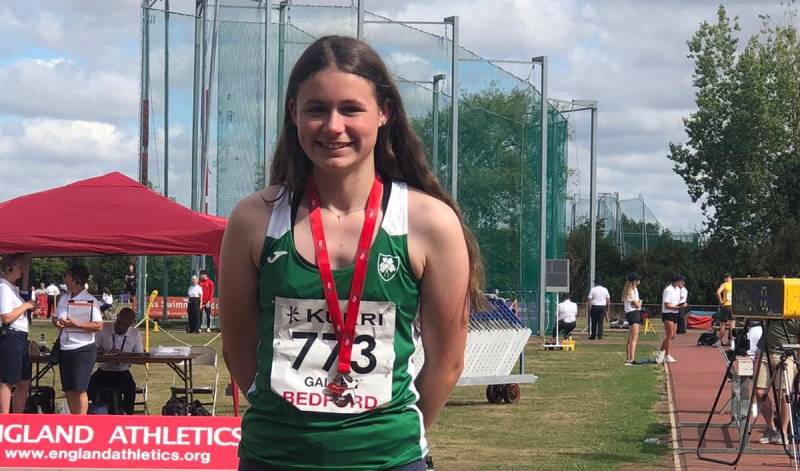 Caoimhe Gallen threw a new Personal Best on her way to medalling at the AAA Championships in Bedford at the weekend.

Representing Ireland, Caoimhe Gallen won silver while setting a new personal best in the U17 Hammer.

Her club mate Ellie McCurdy was in action in the U17 Javelin where she finished 4th with a best throw of 39.98m.